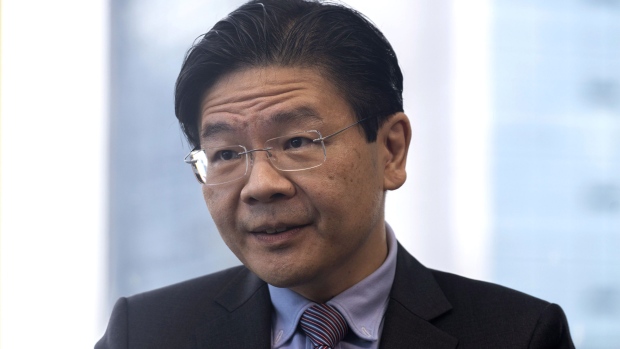 (Bloomberg) -- Singapore is seeking a compromise in its review of a colonial-era law banning sex between men, as the rule is a marker for important values society cares about, said deputy prime minister Lawrence Wong.

“In Singapore there are many segments who feel that it’s not just about the law, but the law is a marker for other things, things that they care about, about society, societal values, about family, about marriage,” said Wong, 49, who is also the finance minister and premier-in-waiting, in an interview on Monday with Bloomberg Editor-in-Chief John Micklethwait.

Authorities in the city-state have signaled that a review of the rule, known as Section 377A of the Penal Code, which has not been actively enforced for over a decade, will not legalize gay marriage. While polls have indicated more support for decriminalization, some religious groups have been vocal in wanting to safeguard the current legal position that marriage is only between a man and a woman.

Why Singapore Could Decriminalize Sex Between Men: QuickTake

Wong said that while the government was aware that views on the law has “evolved,” they are a separate matter from views around “family and marriage,” which people feel strongly about, and officials are considering how to move forward without causing “deeper divisions in our society.”

When asked about assurances for foreigners working in the financial and trading hub facing difficulties obtaining visas for same-sex partners, Wong said authorities have seen some feedback from them and “have been able to deal with some of that on a case-by-case basis.”

Several attempts to overturn Section 377A have failed in local courts over the past few years. Taiwan is the only Asian jurisdiction that legally recognizes same-sex marriages, though Thailand this year began moving toward allowing the unions.