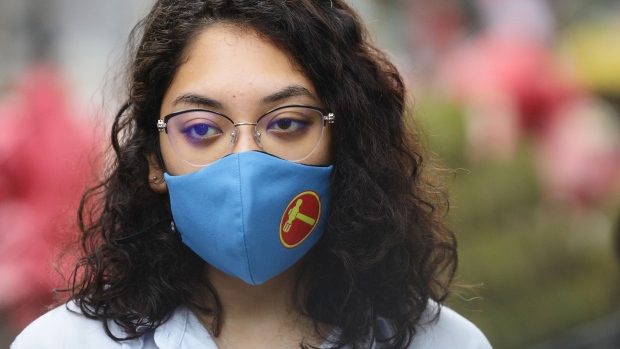 (Bloomberg) -- First-time Singaporean lawmaker Raeesah Khan resigned from the opposition Worker’s Party on Tuesday after admitting last month she lied in parliament about details of a sexual assault case during a speech on empowering women earlier in the year.

Khan had shared an anecdote of a sexual assault case she said was mishandled by the police, an allegation she later retracted after admitting she manufactured some of the details. The Worker’s Party said it was set on Tuesday to deliberate the findings of a probe into the allegations when Khan indicated her intention to resign just hours earlier.

Her resignation comes as a blow for Singapore’s largest opposition party after it made historic gains in last year’s general elections where it won a record 10 seats and secured two group representation constituencies. Khan, who has been a social activist since her teens, was among the record number of female candidates to take have taken part in the elections.

“I wish to reiterate my apology to the house, to the people of Sengkang, and my volunteers,” Khan wrote in a resignation letter referring to her constituency.

This is not the first time Khan has courted controversy. Last year, she was issued a stern warning from the police for her social media posts in the past, which they said promoted enmity between different racial groups.

The Workers’ Party said that it plans to elaborate on the matter on Thursday and to share its plans to ensure the affected constituents “continue to be cared for and represented.”

Khan’s resignation is unlikely to trigger a by-election as she was part of a multi-lawmaker constituency, which was set up to encourage minority representation. In 2019, a court ruled that such an election was not required after now-President Halimah Yacob resigned from her seat to stand for her current post.

While such resignations following a scandal are rare in Singapore, they have happened before after a ruling party lawmaker stepped down in 2016 following revelations of an extra-marital affair.