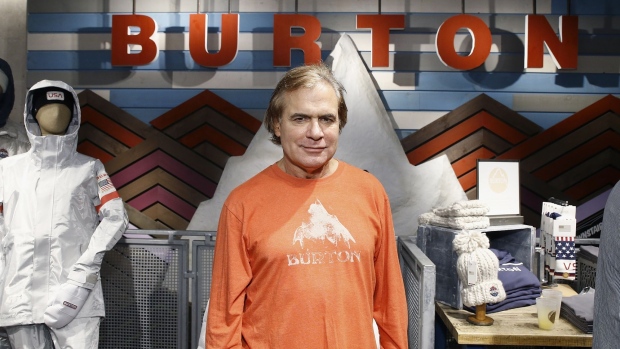 (Bloomberg) -- The owners of snowboard gear manufacturer Burton are exploring a sale that could value the family-run business at as much as $800 million, people with knowledge of the matter said.

The Burlington, Vermont-based company is working with an adviser on the potential sale, the people said, asking not to be identified discussing confidential information. The asset is attracting interest from buyout firms, the people said.

Deliberations are at an early stage and there’s no certainty they’ll result in a deal, according to the people.

Burton is absolutely not for sale, and will remain family-owned and privately held, chairwoman Donna Carpenter said in a statement following the publication of Bloomberg News’s report.

Founded in 1977 by Jake Burton Carpenter, the outdoor gear maker has offices globally, including in Australia, Austria, Canada, China and Japan, its website shows.

The company is now run by Donna Carpenter, the wife of the founder who died in 2019, and Chief Executive Officer John Lacy.