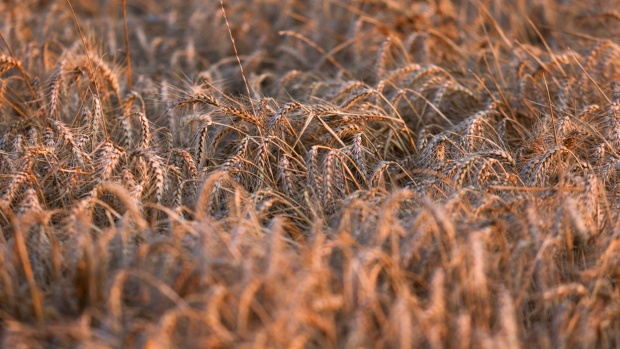 Wheat prices have surged from the U.S. to Russia, hitting a record in Europe and raising bread costs all over the world. And there may not be much relief soon.

The crop -- grown on more land than any other -- was hit by droughts, frost and heavy rain this year in key exporters. That’s curbed supplies used in everything from pizza crusts and French baguettes to Asian noodles and African couscous, pushing benchmark prices in Chicago to an almost nine-year high.

“We could see further upside,” said Carlos Mera, head of agricultural commodities market research at Rabobank in London. “The higher the price goes, the more fear there is in the market and the more panic buying.” 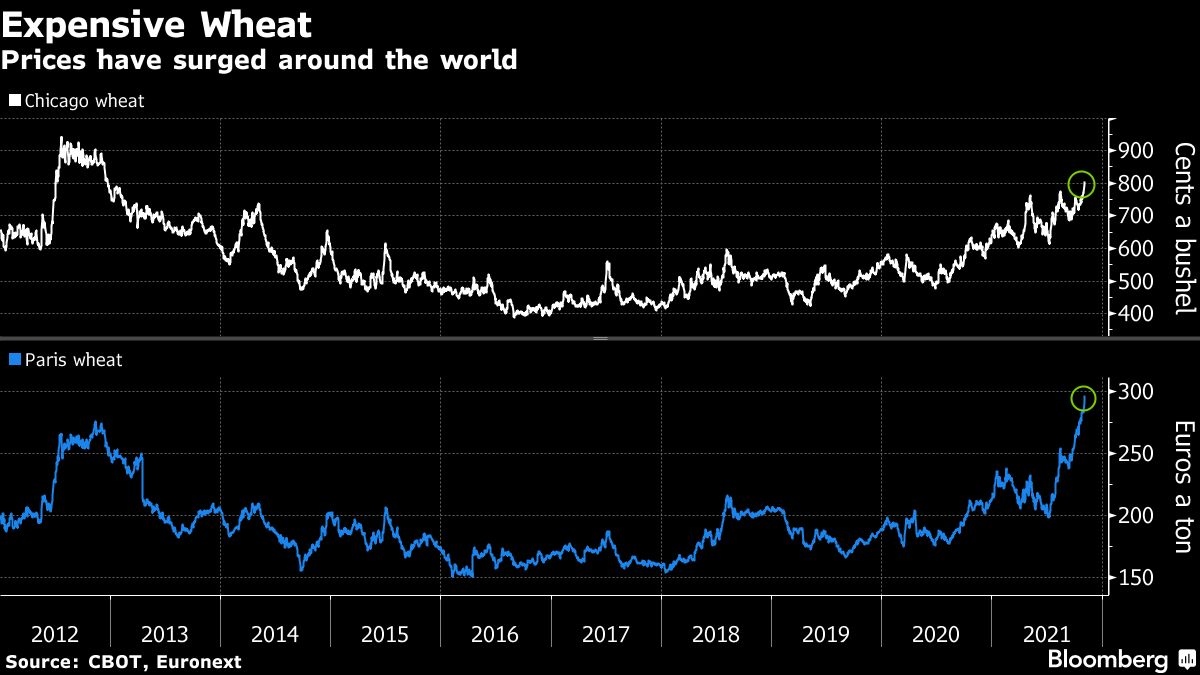 Wheat in Chicago traded lower on Tuesday, after touching the highest since December 2012, while Paris futures reached a record 297 euros a ton before closing at 292.75 euros.

While the world has a lot of wheat, much of that’s held in countries like China, which ships little abroad. Inventories in the top seven exporters -- a better gauge of availability -- are expected to sink to an eight-year low. Argentina and Australia just started harvesting, but it’ll take the better part of a year before Northern Hemisphere silos are replenished with the next crop. 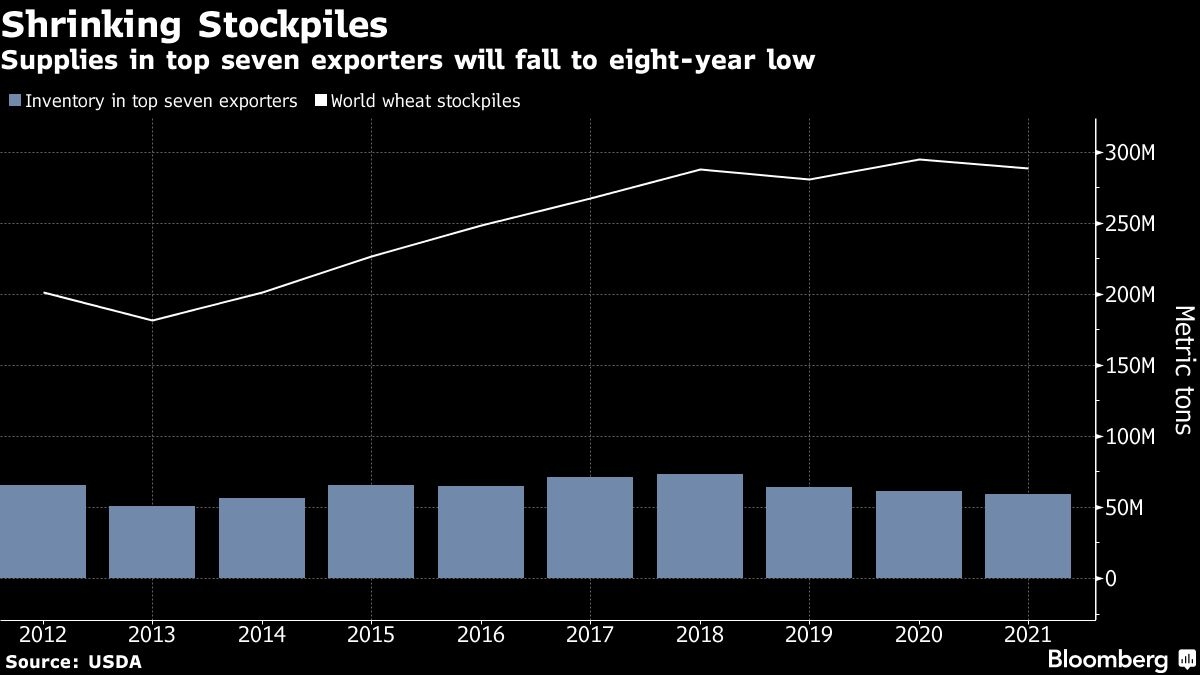 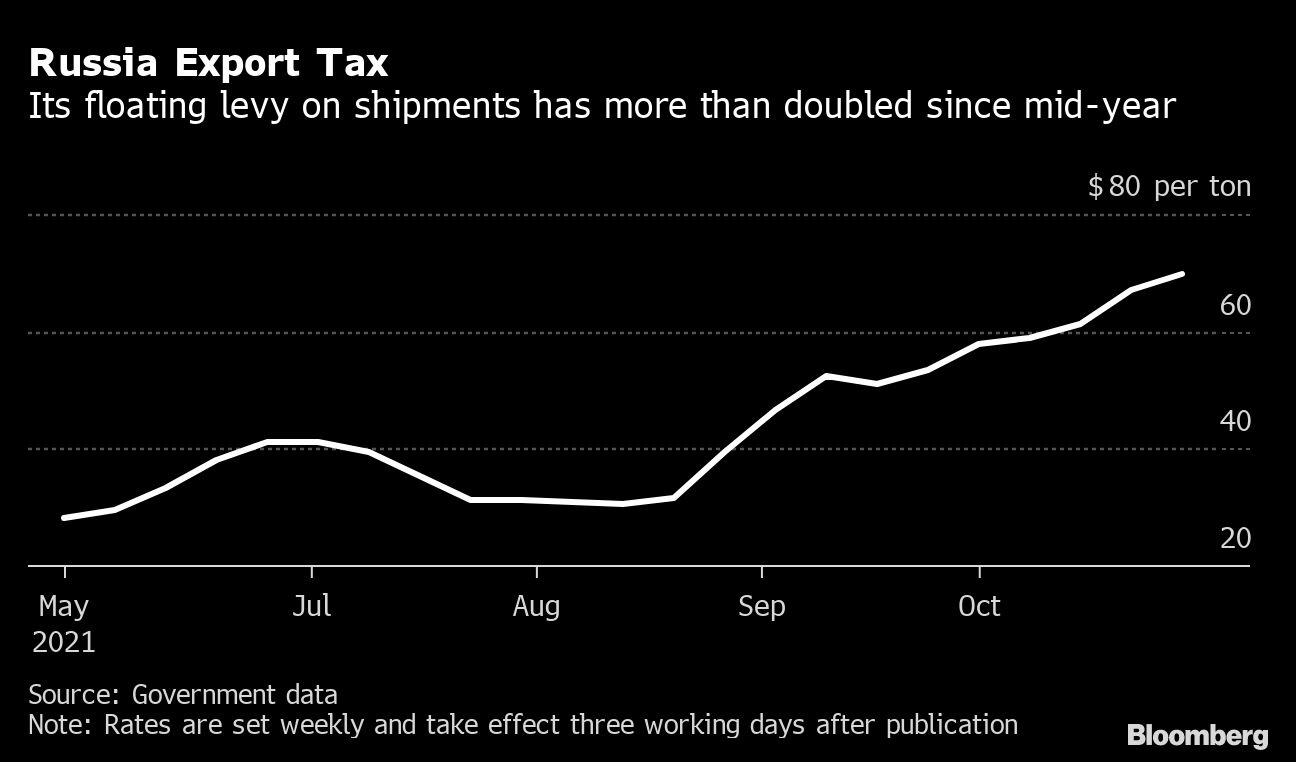 The rising prices are becoming a bigger challenge. Turkey’s president has blamed supermarket chains for a surge in food bills, Egypt is preparing to hike prices for the bread it subsidizes for its citizens and Tunisia doesn’t expect any relief in durum wheat costs until next year’s harvest. 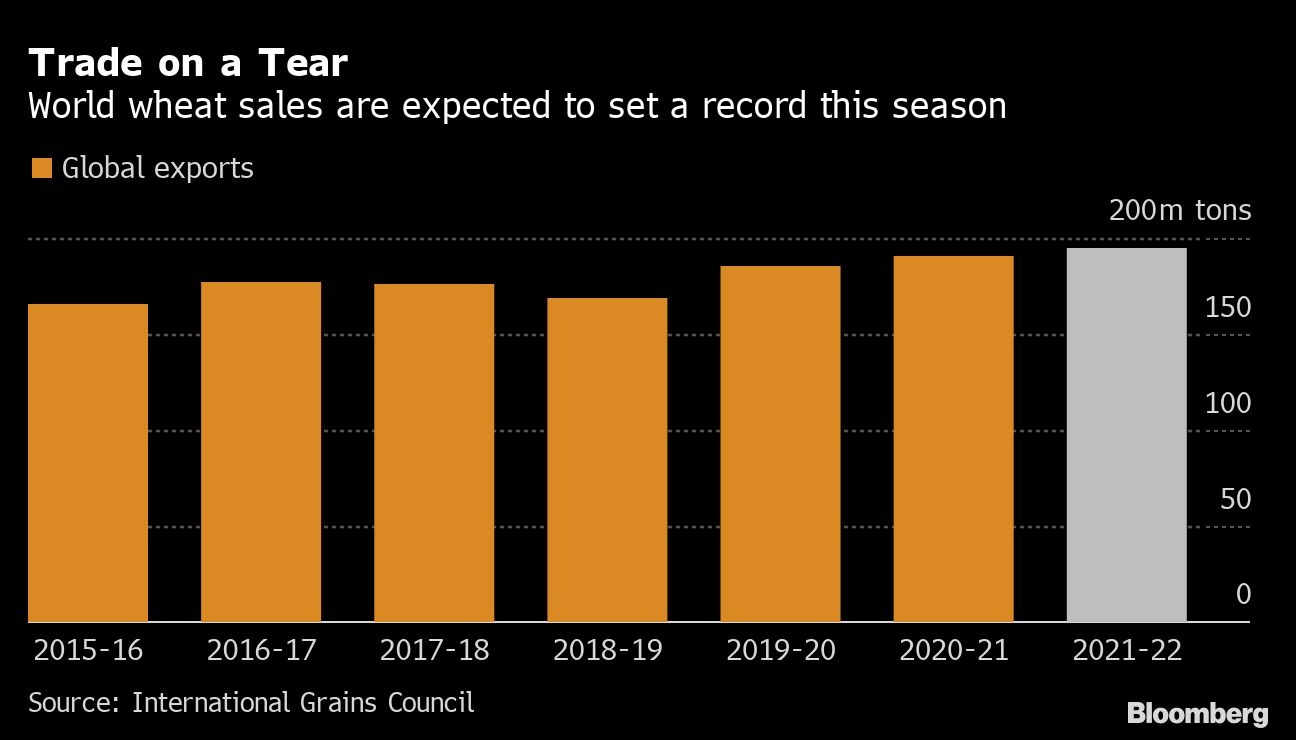 While wheat’s rally is good news for farmers, their costs are going up too. Fertilizer prices are soaring from Europe to North America on production shortages, threatening to weigh on harvests next season.

Winter wheat makes up the bulk of supplies across the Northern Hemisphere, and while plantings are almost finished, farmers need to stock up on the nutrients now to boost yields and quality in the spring. French growers are already worried about fertilizer shortages. 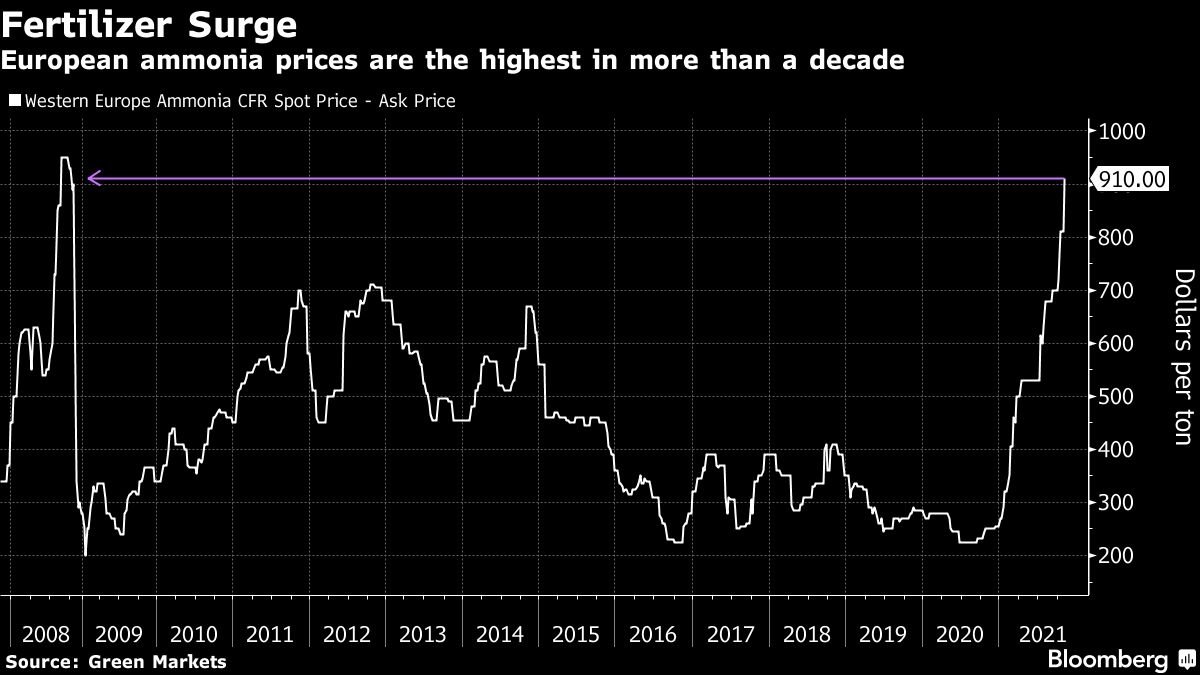