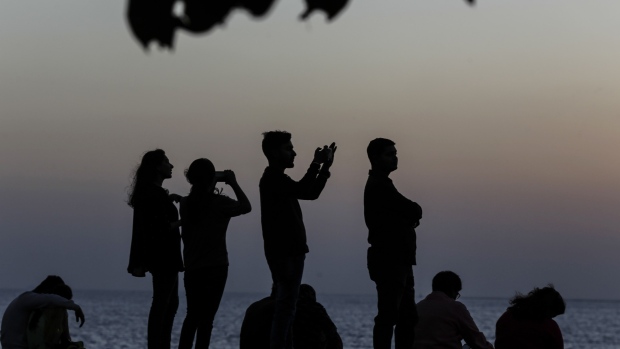 (Bloomberg) -- Blank-check companies are increasingly looking to India for acquisition targets, which will keep the country’s recent dealmaking streak going, according to Nomura Holdings Inc.

ReNew Power last week agreed to merge with a U.S.-listed special purpose acquisition company in a deal that will give India’s biggest renewable power producer an enterprise value of $8 billion. Online grocer Grofers is also looking to go public in the U.S. through a merger with a blank-check company, Bloomberg News reported in February.

“SPAC-led transactions are expected to increase in the coming years in India,” Utpal Oza, head of investment banking for India at Nomura, said in a phone interview. “Wherever you’ve got businesses which have caught the fancy of international investors especially in sectors such as renewables, tech or e-commerce, where the corporate structure enables it to be merged quite easily, you will see SPAC activity.”

A blank-check company is a shell company that raises money from public investors with the goal of acquiring a business within two years. These deals -- some sponsored by the rich and famous including Hong Kong billionaire Richard Li and ex-Credit Suisse chief Tidjane Thiam -- have raised more than $66 billion in the U.S. alone just this year, according to data compiled by Bloomberg.

Singapore could join the bandwagon soon. The country’s exchange is consulting the market on allowing SPACs to go public, and could see its first such listing this year if it gets enough support. As many as 10 Indian companies could go public through SPAC deals before the end of the year and the trend could accelerate if Singapore’s blank-check firm listings are permitted, Oza said.

In India, Nomura expects equal revenue contributions from equity capital markets, mergers and acquisitions as well as financing, Oza added. In a further boost to its business, the Japanese bank plans to hire four bankers across debt origination, corporate finance and sector coverage, he said.

In 2020, companies raised about $4.6 billion through first-time share sales in the South Asian nation and their shares are now trading more than 50% above their IPO prices on average, data compiled by Bloomberg show. Nomura ranked second as IPO arranger in India last year, just behind Kotak Mahindra Bank Ltd., according to the Bloomberg league table.

About $1.7 billion has been raised so far this year, while State Bank of India is preparing its mutual fund joint venture for an offering that could raise $1 billion, Bloomberg News reported last week.

“The IPO pop on the listing day has meant there’s been value left on the table for investors,” Ghogre said. “This has given a strong confidence for the IPOs in 2021 will also receive strong reception.”