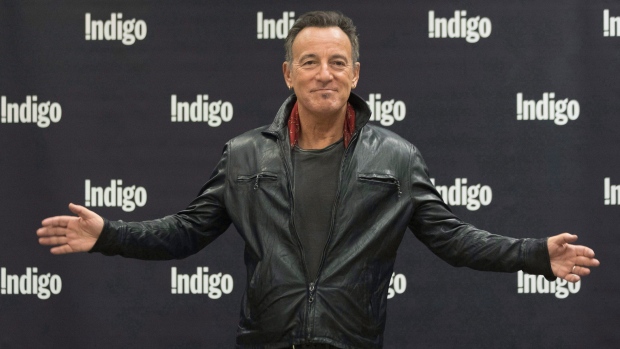 Bruce Springsteen greets fans in a Toronto book store as he promotes his book "Born to Run." on Thursday October 27, 2016. , The Canadian Press

A working manuscript of Bruce Springsteen’s “Born to Run” sold for US$250,000 at Sotheby’s.

The lyrics to the 1975 anthem, ranked as the New Jersey native’s greatest song, was purchased at Sotheby’s Fine Books & Manuscripts auction, Midori Tanaka, a company spokeswoman, said Friday in an email. The buyer’s identity wasn’t disclosed.

The piece, which was purchased in the middle of the estimated range, previously sold for US$197,000 in 2013, also at Sotheby’s, and was later exhibited at the David M. Rubenstein Rare Book & Manuscript Library at Duke University.

The seller at the latest auction was Floyd Bradley, a Duke benefactor whose parents met in 1942 while they were students there, according to the university’s website.