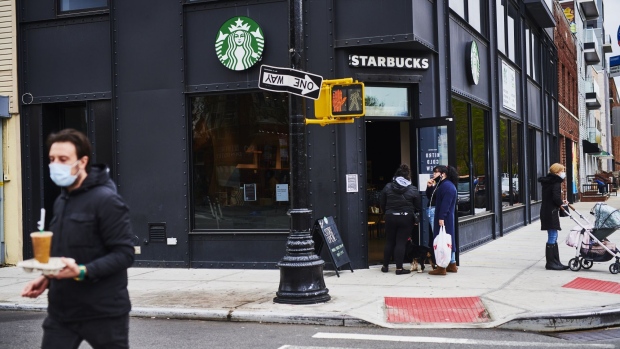 Starbucks Corp. and Nestle SA, the maker of Nescafe and Nespresso coffee, could see their brands grab a bigger share of the market as the virus lockdowns end, limiting consumer choices.

Futures prices for arabica coffee, the kind used by Starbucks, have fallen 26 per cent in New York this year. The drop comes as the pandemic has curbed demand at coffee shops, restaurants and offices, and as global supply has surged.

Bigger coffee makers like Nestle and Starbucks have more capacity to survive the closures than smaller, specialty producers, according to James Watson, a senior beverage analyst for Rabobank International. The result: “We may see a lot of coffee-shop closures, creating a bit of a vacuum” when communities open up, Watson said.

“Big players, with ready access to retail will be positioned to fill that gap,” Watson said by telephone. “That may happen through an acquisition, or taking the business accounts from another company. There might be a lot of closures, and there may not be many high-end options for consumers.” 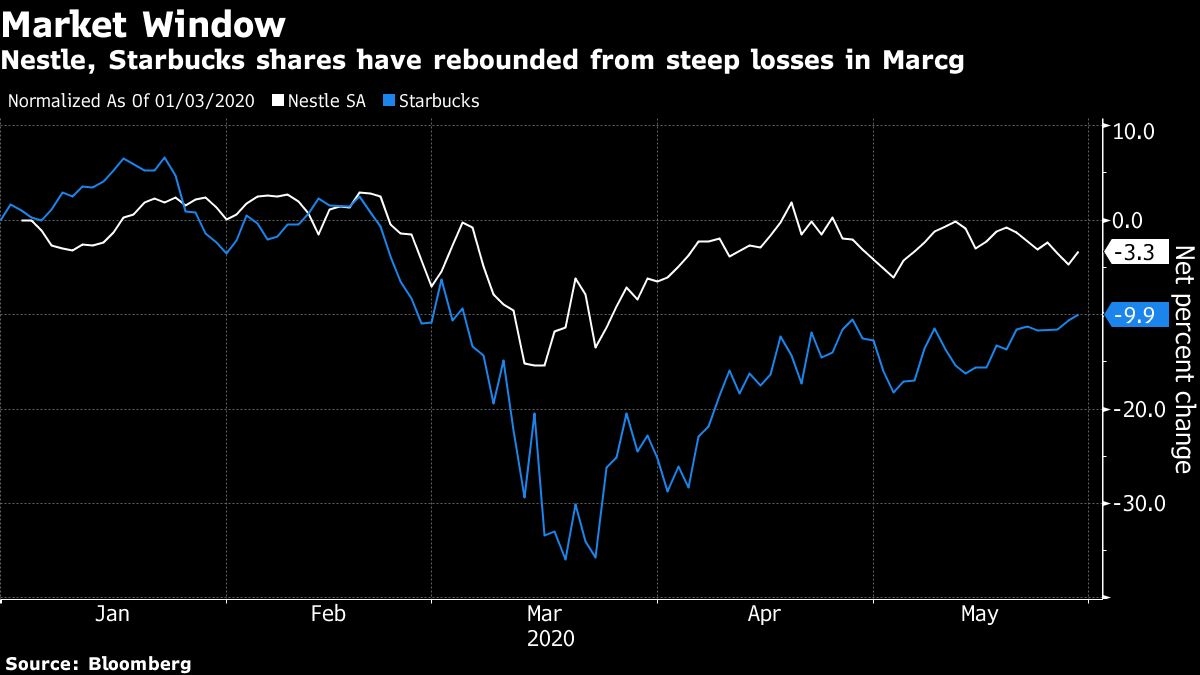 Nestle decline to comment for this story, but in an April 24 earnings call, Francois-Xavier Roger, the company’s chief financial officer, said being an out-of-home business in the coronavirus era is a “tremendous burden.”

As a result, he said, “we want to offer prompt and pragmatic assistance to some of our out-of-home and food service partners to help them to weather the crisis and help them to restart the business, that’s really the idea.”

Meanwhile, Starbucks CEO Kevin Johnson said last week that his company’s sales are recovering as the coffee chain moves toward normalizing its operations. The Seattle-based chain aims to reopen 90 per cent of its U.S. locations by early June, with most limited to drive-through, delivery and pickup at store entries.

“Over the last week, we have now regained about 60-65 [per cent] of prior year comparable U.S. store sales while reopening under modified operations and with reduced hours,” Johnson said in a statement.

For the time being, consumers are buying more coffee to get their fix at home, aiding producers like Nestle. In the 13 weeks ended May 17, U.S. retail sales at supermarkets and other outlets rose 15 per cent from a year earlier, according to data from Chicago-based market researcher IRI.

But “at-home increases for coffee will never compensate for food-service loss,” according to Judy Ganes, the president of J. Ganes Consulting, which follows the industry. “Recovery won’t be quick.”

Before the virus hit, Chris Nolte and Paul Massard sold about 2,000 pounds a week of their Per’La Specialty Roaster to Miami-area hotels, restaurants and in the single coffee ship they ran. They started the roaster operation in late 2015, mostly focusing on hotels, and added the coffee shop two years ago.

Once the closures began, bringing the city’s tourist season to a brutal halt, that number dropped by 85 per cent, according to Nolte. Now the two men, who met during their first semester in business school back in 2001, have pivoted to social media and online sales to overcome at least some of the sales dearth.

“We are using mostly Instagram and Facebook,” Nolte said in a phone interview from their roasting plants just outside Coral Gables. Initially, the company had nine employees, but Nolte and Massard are the only two left working.

“I am very optimistic that we have what it takes to survive this test and come out on the other side, even stronger,” Nolte said. “It would be impossible for me to be an entrepreneur and not be optimistic.”

Massimo Zanetti, an Italian based roaster, with operations in Europe, U.S. and the Americas, has already said that weak food-service sales, particularly in Southern Europe will hurt its profits.

“In order to reduce as much as possible this impact, we are working to reduce our operating expenses and our CapEx by selecting and working only on high-priority projects.” said Pascal Heritier, Massimo Zanetti’s chief operating officer said on a call.