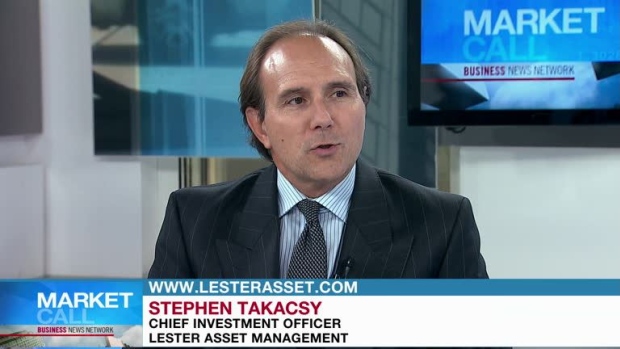 Given the weak global economic backdrop and geo-political “anti-globalization” trends, we are being very cautious and holding over 15 per cent in cash. The full impact of the U.K. Brexit is not yet reflected in corporate earnings, and the U.S. elections may create some volatility. Given the run-up in equities, we have taken some profits and are being patient in re-allocating our capital. It is also very challenging to find attractive valuation investments in this expensive stock market environment. Investors appear complacent and we expect volatility to increase significantly, particularly on faster-than-expected Fed rate hikes. We continue to search mainly among neglected Canadian small- and mid-cap companies which have predictable cash-generating businesses and are domestically focused or are able to expand North America-wide or internationally. We also continue to hold large-cap dividend-paying stocks as yield remains an important part of investor returns in a “lower for longer” return world.

D-Box Technologies (DBO.TO)
World leader in motion systems for the entertainment market (movies, video games and virtual reality) and industrial applications (vehicle training and simulation). We expect seats with D-Box motion systems to be installed in roughly 3 per cent of all auditoriums worldwide over the next 10 years, following an evolution similar to that of 3-D screens. D-Box is now present in China where over 80 auditoriums per week are being built, and just yesterday announced that it will supply 143 motion systems in China’s first “all-D-BOX” theater. We expect more of these types of deals to follow. Our model indicates a potential stock price of $1 to $2 per share depending on sales growth and profit margins. D-Box is generating record revenues, earnings and sales backlog. Market cap is only $100 million and the company is still grossly undervalued in relation to its global growth potential, lack of direct competitors and growing recurring revenue stream derived from movie ticket sales on an increasing worldwide installed base. Core holding.

Logistec (LGTb.TO)
Leading Montreal-based marine cargo handler and environmental services company. Owns marine terminals in over 30 ports in Eastern Canada and the U.S. Aqua-Pipe, Logistec’s environmental division, provides site remediation and trenchless water pipe repairs. Recently doubled capacity at its Montreal container terminal, so costs have gone up without equivalent volume increases. As a result, earnings were weaker in the first half of 2016, but we expect business to pick up during second half. Logistec is really an infrastructure play on two fronts: port facilities and logistics, which are currently commanding huge valuations by pension funds and the repair of aging North American drinking water systems, which will benefit from increased government stimulus spending. The stock had gone up eight-fold in the past 10 years and the recent pullback from $48 to $35 per share represents an excellent long-term buying opportunity. Increases dividend yearly and regularly buys back stock. Strong management. No analyst coverage. Recently topped-up below $35. Core long-term holding.

Velan (VLN.TO)
Global industrial valve manufacturer based in Montreal and world leader in nuclear valves. Benefiting from worldwide infrastructure spending. Backlog had weakened in 2015 due to slowdown in energy related projects, but is picking up again. The company is a classic value investment, trading at a discount compared to Net Book Value per share ($16.50 versus NBV of $20 of which $6 per share is in cash). Velan also owns lots of undervalued real estate which is not reflected on the balance sheet. The company has a new CEO, hired from outside the Velan family, who is focused on improving production efficiency and gross margins. Family may be preparing to sell the company (the founder is in his late 90s) which could be worth up to $30 per share if sold to a larger industrial player. Dividend yield is 2.4 per cent and the company regularly buys back stock below book value. Core long-term holding.

Ten Peaks Coffee (TPK.TO)
World’s only third-party processor of 100 per cent chemical-free, organic, decaffeinated coffee using the branded Swiss water trademark. Based in Burnaby, B.C., Ten Peaks also provides green coffee storage and handling of logistics services. Processes for and sells to large chains like Tim Horton’s and McDonald’s (which only has 20 per cent of its U.S. business), specialty roasters (third-wave specialty coffee shops), and global importers. Current plant is running at near-full capacity, so raised funds at $8.80 per share last year to build a second plant. Strong growth in the U.S. and internationally, where majority of the decaf market is still chemical-based (banned in Japan). Quarterly results under new hedge accounting have made EBITA look lumpy versus last year, and volume growth has disappointed in the first half of 2016. However, we believe the second half will be strong, with some catch-up orders from existing customers and market share gains in the U.S. from a Mexican competitor that recently lost its organic certification from the FDA. The stock is very cheap at a forward 12 x P/E for a defensive consumer products company with high barriers-to-entry and a growing global business that generates strong free cash flow. Recently purchased some blocks at $7. Also pays a 3.5 per cent dividend. Doubled our position since initiating it in mid-2015. Core holding.

Badger Daylighting (BAD.TO)
Largest fleet of hydrovac trucks in North America for excavation using high water pressure in the utility, energy and municipal sectors. Stock came down from nearly $44 to under $20 mainly due to its energy exposure in Western Canada and some seasonal weakness in Ontario. Currently building only one truck per week but expanding quickly in the U.S. Badger is an infrastructure play and will benefit from increased government stimulus spending. It has a unique business model which generates high margins and strong free cash flow. New CEO has made a good impression with analyst community. Dividend of 1.4 per cent could be easily increased. Remains a core long-term holding.

Directcash Payments (DCI.TO)
Largest owner and operator of ATMs in Canada and Australia and third largest in U.K. Through the Threshold acquisition, DCI also manages The Exchange Network and processes ATM transactions and pre-paid debit cards for credit unions and other financial institution like Manulife. Has been diversifying since a large customer, Cash Store, went into bankruptcy protection which caused shares to decline over the past two years. Strong recurring free cash flow model. While ATM usage is mature, company has been increasing its gross profit per machine and expanding its network by deploying new ATM machines, including 220 in the U.K. at Morrison’s stores and over 400 BMO-branded ATMs at Shell locations in Canada. It also increased fees in 2015 in Canada and Australia, and acquired another 250 ATMs in Australia, so EBITDA should start growing again. Also launched DC Tag with Visa (first wearable contactless credit card). Trading at under 6 x EBITDA. Dividend yield is 11 per cent with a pay-out ratio of around 70 per cent. We recently trimmed one-third of our holdings at $13.25 in August 2016, as we expect Brexit to continue weighing on U.K. currency from which DCI derives some of its profits. Core holding.

* Fund returns are based on reinvested dividends and are net of all fees and expenses.