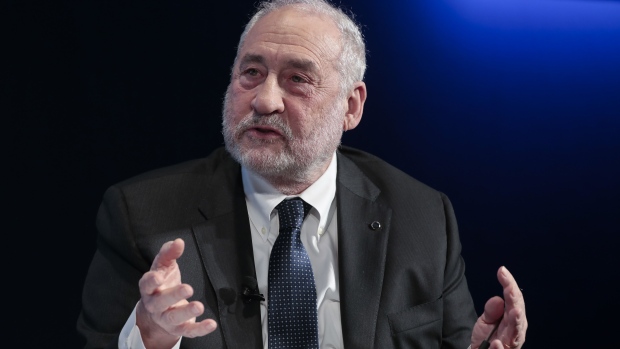 (Bloomberg) -- The US economy needs supply-side interventions rather than interest-rate hikes by the Federal Reserve that will fail to bring inflation under control, said Nobel laureate economist Joe Stiglitz.

“Raising interest rates is not going to solve the problem of inflation,” the Columbia University professor told Lisa Abramovicz and Tom Keene on Bloomberg Television at the World Economic Forum in Davos, Switzerland. “It’s not going to create more food. It’s going to make it more difficult because you aren’t going be able to make the investments.”

The remarks will be followed within days by the Fed’s release of minutes of its latest monetary policy deliberations, potentially shedding more light on increasingly aggressive tightening that included a half-point rate increase earlier this month. Stiglitz offered an alternative approach.

“What you do is you have supply-side interventions,” he said. “One of the things that President Biden tried to do is to have more care for children and that would mean more women into the labor force, that releases one of the constraints -- labor supply.”

The economist insisted that food production should be a priority too, both in the US and globally.

“We used to have surpluses in food in the United States -- we can get those back,” he said. “At least trying to do everything we can globally to increase the supply is going to do more in dealing with the problem than causing a depression.”

He added that “killing the economy through raising interest rates is not going to solve inflation in any timeframe.”