More than 85 per cent of Canadian stock pickers lagged the nation’s key stock gauge in the 12-months through June 30, according to a report Wednesday from S&P Dow Jones Indices. That unflattering performance puts them behind their U.S. and international counterparts over the period as the chart below shows:

“It’s hard enough for active to beat the market given the fees they have to overcome let alone in a year when the market is up 22 per cent,” said Eric Balchunas, an ETF analyst at Bloomberg Intelligence, referring to the S&P/TSX’s Composite Index’s performance this year on a total returns basis.

The Canadian benchmark is on pace for its best year in a decade, vindicating index-trackers who have increasingly allocated more money to exchange traded funds over the years. ETFs are nearing record inflows in Canada as assets under management crossed the C$200 billion ($152 billion) mark last month.

Competition is strong within the passive investing space, making way for investors to shop around for the best options. ETFs available to investors have more than doubled since 2013 with the number of products currently sitting at just over 830, according to the Canadian ETF Association.

Meantime, mutual funds attracted C$10.5 billion in the year through Oct. 31, its lowest level since at least 2011, according to the Investment Funds Institute of Canada. Assets overall at C$1.59 trillion still dwarf ETFs.

To be sure, stock pickers tend to be in demand when the going gets tough amid market volatility and big global routs. The question is, how often will these happen and is it worth paying for?

For now, the future looks bleak for active managers -- the long-term “survivorship rates” paint a dreary picture as less than half of all Canadian equity funds in the eligible universe 10 years ago remained active as of June, according to the SPIVA report. 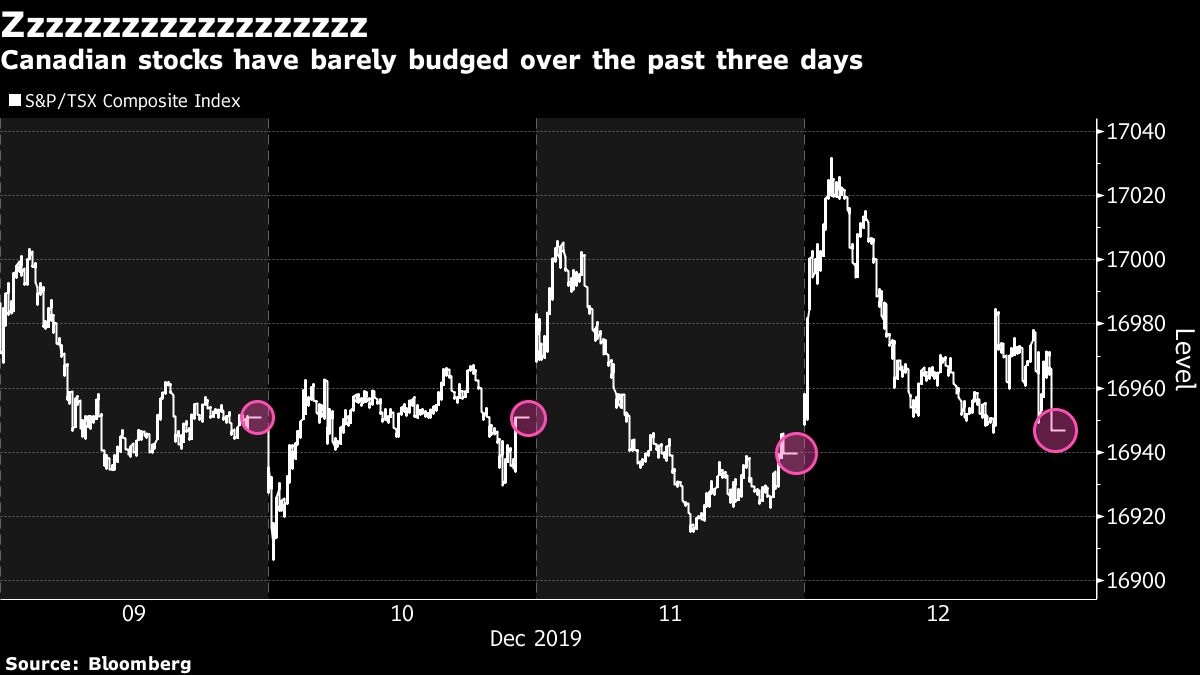 The U.S.-Mexico-Canada free-trade agreement awaits a vote next week in the U.S. House of Representatives after House Democrats embraced the accord that secured key revisions. The U.S. Senate plans to vote in 2020, while legislatures in Mexico and Canada will also have to ratify the updated agreement.

Bank of Canada Governor Stephen Poloz stole the spotlight after the central bank announced that he won’t seek a second term at the helm of BOC, kicking off the guessing game on who will succeed him in June.

Read more: Poloz to step down in June, kicking off race to find successor

In his final speech of the year, he said that the era of low global interest rates is here to stay for years to come due to the effects of structural forces such as sluggish productivity and population growth.