Stocks rose with the dollar and Treasuries fluctuated after the Federal Reserve refrained from signaling it will make any changes to its bond-buying program any time soon.

Volume on U.S. exchanges hit a new low for 2021, remaining under 10 billion shares. Despite the slow trading, the S&P 500 climbed to another record. A rally in giants such as Apple Inc. and Google’s parent Alphabet Inc. pushed the Nasdaq 100 higher. Benchmark 10-year yields were still below 1.7 per cent.

Traders sifted through the minutes from the latest Fed meeting, which indicated there would likely be “some time” before the conditions are met for scaling back the asset-purchase program of US$120 billion per month. Officials still saw elevated uncertainty in the growth outlook -- in line with an “accommodative” stance. Meanwhile, the central bank said the recent surge in Treasury yields reflected improved economic prospects. While Wall Street has been increasingly worried about inflation, policy makers saw those risks as balanced. 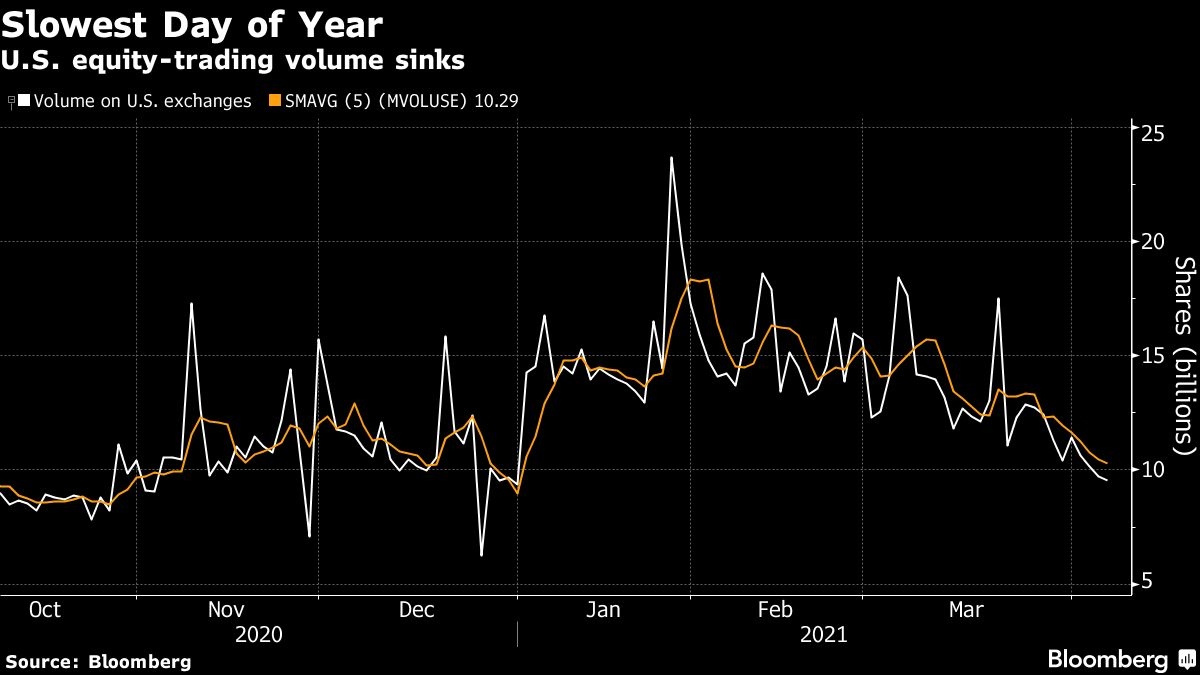 “The rate side is still somewhat front and center, and probably the biggest risk to what is going on with equity valuations,” said Mark Heppenstall, chief investment officer at Penn Mutual Asset Management. “Clearly, there’s been a repricing of inflation expectations higher this year, and at times, the stock market has struggled with it. I would say that’s to me the biggest risk at this point -- that inflation readings start to come in to the point where the Fed potentially has to alter their plans.”

Rates are going higher for the “next several months, just like they have over the previous several months,” Jim Bianco, president of Bianco Research, said on a Bloomberg Television interview.