Stocks headed back toward session lows in the last hour of trading Monday as investors assessed the latest signs of economic malaise in the US and China.

The S&P 500 fell, dragged lower by a slide in megacaps including Tesla Inc., Amazon.com Inc. and Apple Inc. The tech-heavy Nasdaq 100 dropped more than 1 per cent. Equity markets gave up earlier gains in a seesaw session amid data showing China’s industrial output and consumer spending hit the worst levels since the pandemic began, hurt by COVID lockdowns. New York state manufacturing activity unexpectedly contracted in May, stoking concerns of slowing economic activity that may complicate the Federal Reserve’s policy path.

Adding to those growth concerns, New York City is preparing to hit a high COVID-transmission level in the coming days that would have it reconsidering mask requirements in public places. 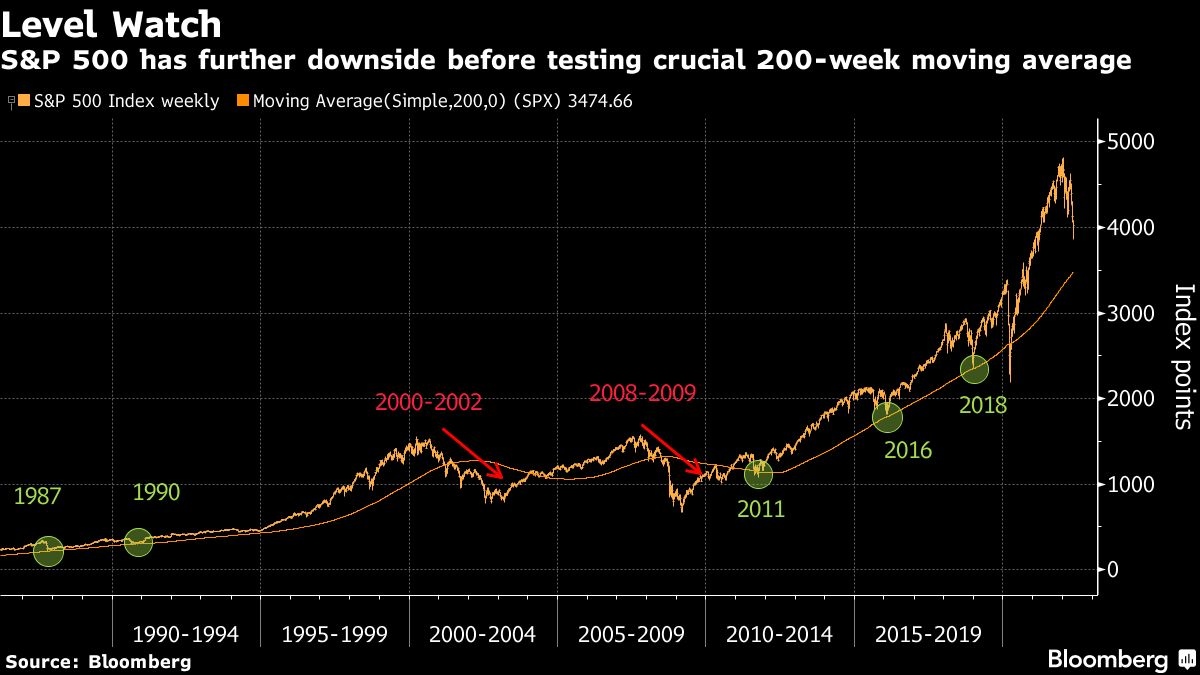 The risk of an economic downturn amid price pressures and rising borrowing costs remains the major worry for markets. Goldman Sachs Group Inc. Senior Chairman Lloyd Blankfein urged companies and consumers to gird for a US recession, saying it’s a “very, very high risk.”  That said, while the US market is pricing in 40 per cent odds of a recession, history shows the S&P 500 tended to rally in the absence of the worst case, according to a study by UBS Group AG.

In corporate news, Twitter Inc. shares fell Monday, erasing all the gains the stock made since Elon Musk disclosed his stake in the social media platform. JetBlue Airways Corp. made a hostile US$3.3 billion cash bid for Spirit Airlines Inc., appealing directly to shareholders to prevail over a rival offer for the discount carrier. Verizon Communications Inc. plans to raise prices on its wireless bills for the first time in two years. McDonald’s Corp. said it will pull out of Russia after more than 30 years of operation in the country and will take a write-off of US$1.2 billion to US$1.4 billion for the move.

Cryptocurrencies dipped as the mood in stocks weakened. That took Bitcoin back to around the US$30,000 level.