The sugar high from Alberta’s crude curtailment program may be wearing off.

While the program has sent heavy Canadian crude prices surging from record lows to decade highs, it hasn’t done nearly as much to boost companies’ shares and not all producers have been thrilled with the program, including even some of the drillers that lobbied for the policy.

Canadian Natural Resources Ltd., a major proponent of the curtailment idea, has said that changes to the cuts’ allocation have made its share of the reduction so large that it will have to shut a pipeline running from some of its operations to Alberta’s main storage hub, according to people familiar with the matter. And it’s not the only company facing a lower-than-expected production limit.

The production cut also has come at an inopportune time for the industry as U.S. sanctions on Venezuela’s state oil company have sent American refiners looking to Canada to fill the output gap. However, with no new export pipelines coming into service until the fourth quarter, Canada’s oil industry will have to rely on a ramp-up in more expensive rail-shipment capacity to help it meet the increasing demand.

--With assistance from Robert Tuttle. 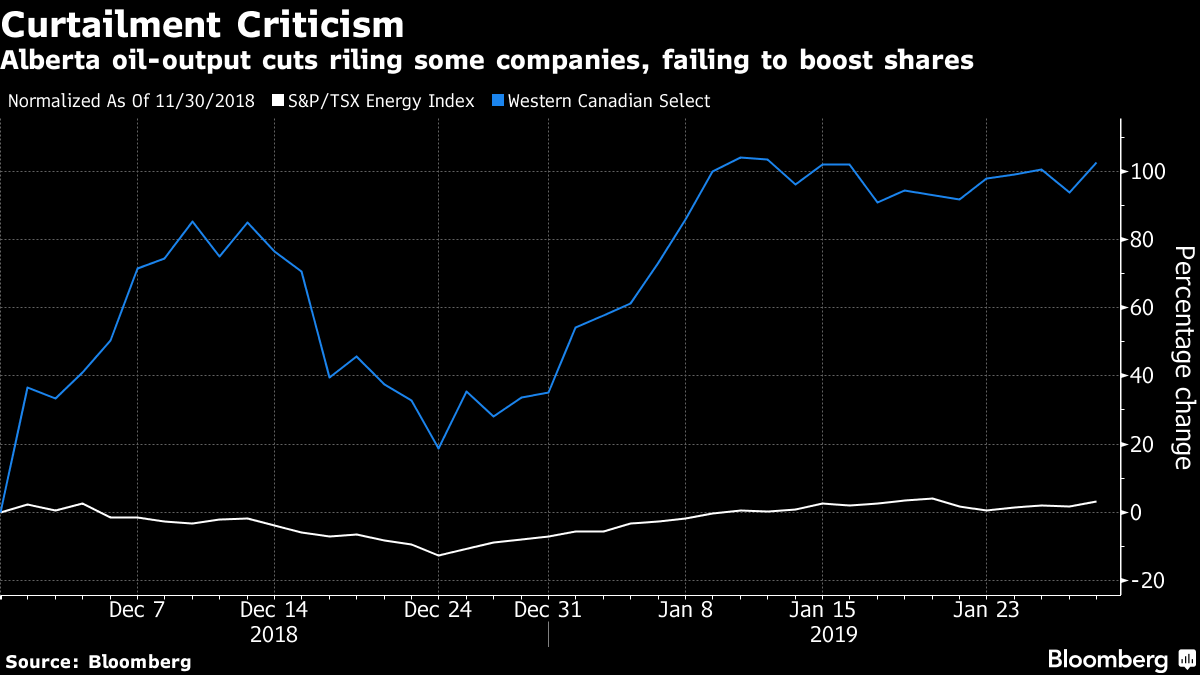