The tech-heavy Nasdaq 100 Index tumbled 2.6 per cent amid the growing anxiety over inflation, which can threaten longer-horizon revenues typical of the sector. Tesla and Apple were among the biggest decliners. The ARK Innovation ETF resumed its slide. The Dow Jones Industrial Average briefly topped 35,000 for the first time. The benchmark S&P 500 fell from an all-time high. Treasury yields edged higher as traders brace for a busy week of auctions.

“Amid these new highs remember that the market doesn’t move only in one direction,” said Chris Larkin, managing director of trading and investing product at E*Trade Financial. “While a full economic recovery may already be priced into the market, the weak employment data could have temporarily eased worries about too-hot inflation and the necessity of interest rate hikes to combat it.” 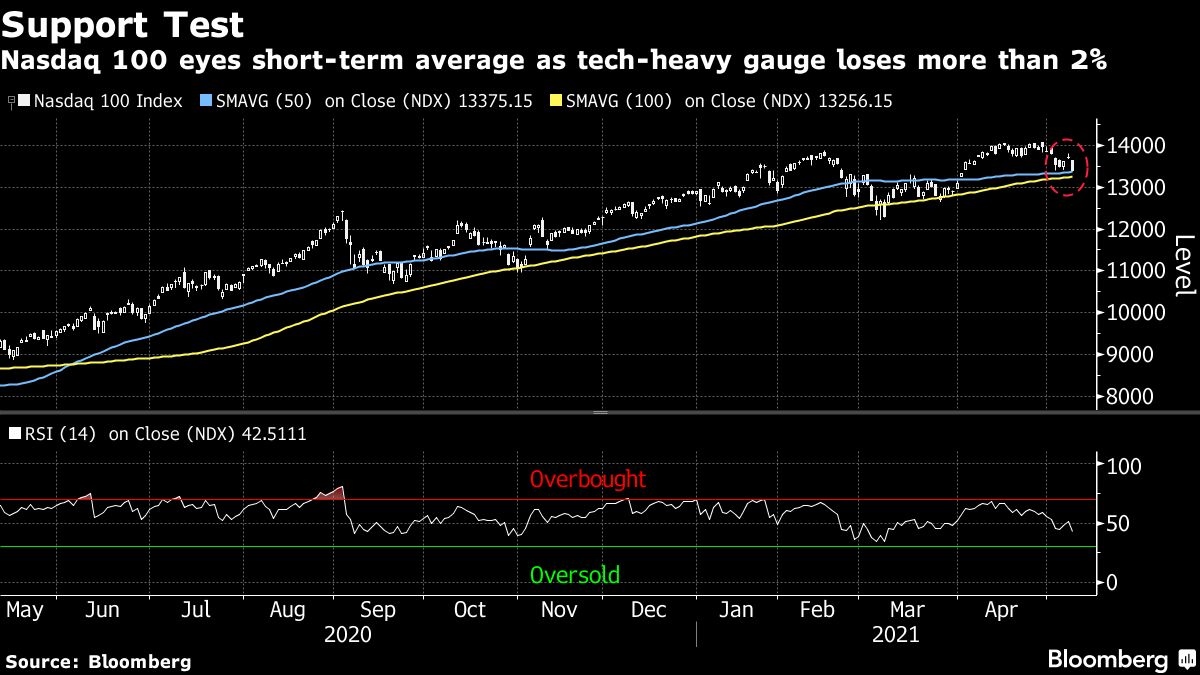 Copper jumped to a record while iron ore futures surged more than 10 per cent, adding to concern about inflation. West Texas Intermediate fluctuated after a cyberattack forced the closure of a key U.S. pipeline, which operators hope to reopen by the end of the week.

Meanwhile, the pound climbed to its highest level since February after U.K. elections denied Scotland’s main independence party an outright majority and strengthened the grip of the Conservatives.

The run-up in raw materials is intensifying debate ahead of a U.S. CPI report Wednesday that is forecast to show price pressures increased in April. The data will be closely watched by policy makers at the Federal Reserve trying to gauge the speed of the recovery after job growth significantly undershot forecasts.

“People have been gravitating to value -- now you can find growth outside of tech,” said Keith Lerner, chief market strategist at Truist Advisory Services. “As inflation expectations continue to move higher, that’s more beneficial for the value side of the trade.”