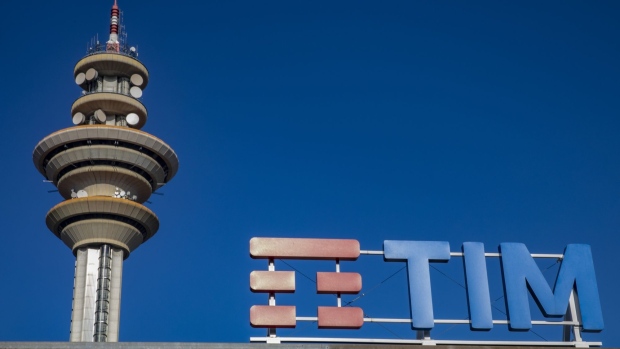 (Bloomberg) -- Telecom Italia SpA is seeking to accelerate a turnaround plan through an asset spinoff plan that would see the former phone monopolist give up control of its most valuable piece, the network.

The company’s board on Wednesday gave a mandate to Chief Executive Officer Pietro Labriola to cede control of its grid and cut the company’s more than 30 billion euros ($31 billion) in gross debt by breaking the phone carrier up into several separate units and looking to attract new partners.

Telecom Italia said its spun-off landline assets unit, called NetCo, will generate organic earnings before interest, taxes, depreciation and amortization after lease costs of about 2.2 billion euros as of 2025, compared with the 2 billion euros reported last year, according to presentation slides from the phone carrier’s capital markets’ day.

NetCo’s Ebitda is expected to rise slightly to about 2.7 billion euros as of 2030 while the unit’s sales would remain about stable at around 5.4 billion euros. Up to 11 billion euros of the phone carrier’s debt will be transferred to the NetCo unit.

“NetCo can be the first example in Europe of a fiber network infrastructure and technologies hub available to the whole market and with a widespread presence across the country,” Telecom Italia said in a statement Thursday. The carve-out will take as long as 18 months, the company said.

Labriola has said separating the network is a top priority, and his plan calls for ceding a controlling stake to a group of investors led by state lender Cassa Depositi e Prestiti SpA, KKR & CO. and Macquarie Group Ltd., and then merging it with smaller rival Open Fiber SpA.

The plan also calls for all of the company’s commercial services to be spun off into a unit dubbed ServiceCO, which will include a consumer branch and an enterprise operation, as well as the company’s Brazilian unit.

The company also said that about 15,000 employees, or almost a third of all staff, would be relocated to NetCo as of 2030.

The valuation of the network, however, remains a sticking point. Though the carrier’s advisers and top investors have been discussing it for the past several weeks, valuation figures continue to range widely, from as little as 20 billion euros to about 30 billion euros, people familiar with the matter have said.

(Updates with debt in fourth paragraph.)