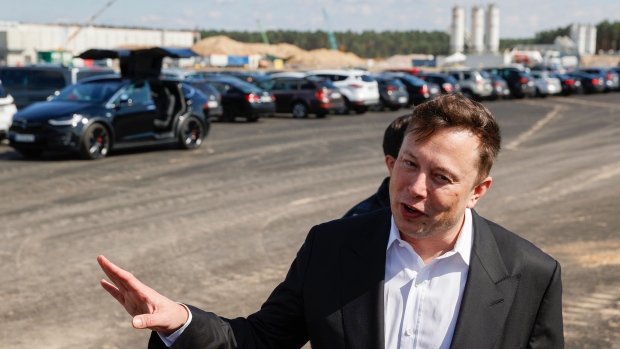 Tesla CEO Elon Musk on the construction site of the future US electric car giant Tesla, in Gruenheide near Berlin. , Odd Andersen/AFP/Getty Images

Tesla Inc.’s Elon Musk tweeted he may have COVID-19 and renewed his conspiratorial posting about the virus that has infected almost 53 million people.

The billionaire said he took a series of rapid antigen tests, which produce results within 15 minutes and are cheaper but less reliable than polymerase chain reaction tests. He’s now waiting for results from the latter type of test, which take longer to process.

Musk, 49, wrote that he was experiencing symptoms of a typical cold, describing them as “nothing unusual so far.”

The CEO has at times been dismissive and sowed doubts about COVID-19, questioning the virality of the disease and claiming fatality rates are overstated. In March, he predicted there would be close to zero new cases in the U.S. by April. Roughly 150,000 cases are now being reported in the country each day.

Musk travels regularly on his private jet between work sites for Tesla and the rocket company he runs, Space Exploration Technologies Corp. His plane touched down in Berlin last week, where he conducted in-person interviews with applicants to work at the factory Tesla is building near the German capital.

Germany has been struggling to contain a second wave of the virus and this month closed bars, restaurants and leisure facilities, while keeping businesses open. Chancellor Angela Merkel’s government has urged citizens to keep social contacts to a minimum and avoid non-essential travel.

Tesla was forced to temporarily halt work at its just-opened plant near Shanghai early this year, though it was the shutdown of its main factory in the U.S. that stoked controversy. The company resisted idling the facility until local officials called the facility in Fremont, California a public health risk.

Musk then ranted about shutdown orders, calling them fascist and undemocratic. After the California county where the factory is located initially told Tesla it couldn’t reopen, the company sued and the CEO threatened to relocate operations to other states. Production restarted before the county gave the go-ahead and the suit was later dropped.

Tesla emerged from the shutdown on a tear from a stock-market perspective, displacing Toyota Motor Corp. in July to become the world’s most valuable automaker. While the company reported record quarterly vehicle deliveries last month, it’s acknowledged it will be difficult to reach its target to hand over 500,000 cars to customers this year. Toyota and Volkswagen AG by comparison sell more than 10 million vehicles annually. 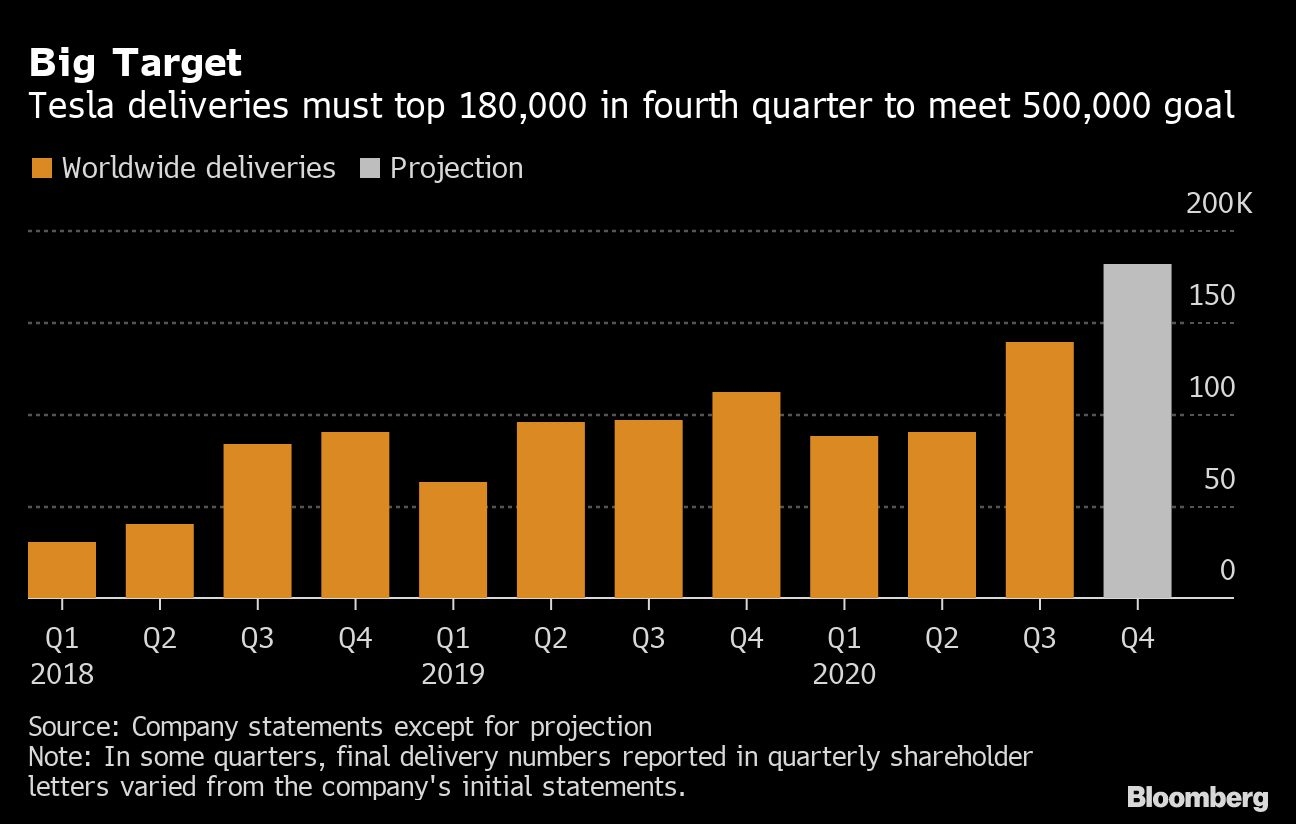 Musk wrote that the rapid antigen tests he’d taken were from “BD,” likely referring to Becton Dickinson and Co. The company received emergency-use authorization from the U.S. Food and Drug Administration in July.

The regulator said then that the test is designed to detect bits of the virus’s nucleocapsid antigens -- the proteins that surround the virus’s genetic material -- in nasal swabs from people who are suspected to have COVID-19 within the first five days of the onset of symptoms.

Positive results do not rule out bacterial infection or co-infection with other viruses, the agency said. Negative results should be considered “presumptive,” do not rule out the possibility of a coronavirus infection and “should not be used as the sole basis for treatment or patient management decisions.”

Although no diagnostic test is perfect, PCR tests are considered the gold standard in terms of accuracy. They look for tiny bits of the virus’s nucleic acids in a person’s sample. But they also have drawbacks. They’re highly technical, expensive and typically take many hours or days for someone to receive results.

Musk wrote that he would receive his in about 24 hours.

--With assistance from Charlie Zhu, Chunying Zhang and Melissa Cheok.