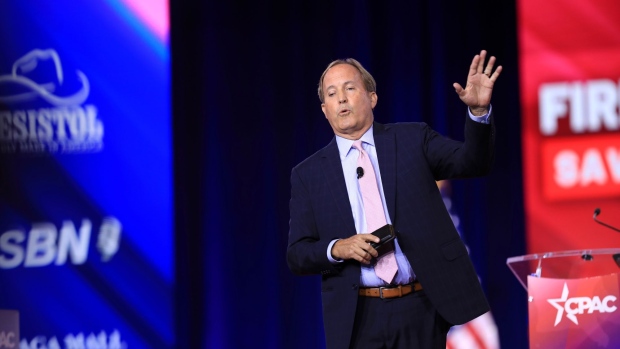 A group of attorneys general from 19 US states led by Arizona’s Mark Brnovich wrote a letter last week saying the world’s largest asset manager is pursuing environmental, social and governance investment policies to the detriment of their state pension funds. The attorneys general represent mainly Republican-led, energy-producing states including Montana and West Virginia.

“Our states will not idly stand for our pensioners’ retirements to be sacrificed for BlackRock’s climate agenda,” the attorneys general said in the Aug. 4 letter.

BlackRock said in a statement that it manages money on behalf of its clients and helps them navigate investment risks.

“The money we manage is not our own,” a BlackRock spokesperson said in a statement. “It belongs to our clients, many of whom make their own asset allocation and portfolio construction decisions. We offer a range of products and strategies to achieve their desired outcomes.”

Conservative states across the US have either passed or introduced legislation aimed at punishing financial firms for what they perceive as discrimination against the energy industry. Texas Comptroller Glenn Hegar is probing energy policies at more than 100 companies including BlackRock and JPMorgan Chase & Co. in accordance with a law that requires the state to come up with a divestment list of financial firms that boycott the oil and gas industry. In May, Oklahoma Governor Kevin Stitt signed into law similar legislation.

As the world’s largest money manager with an outspoken CEO who has called for companies to think about more than just profits, BlackRock has been a political target among Republicans. At the same time, the firm has emphasized that it continues to manage fossil fuel investments and doesn’t advocate for such divestment.

(Updates with comment from BlackRock starting in fourth paragraph)