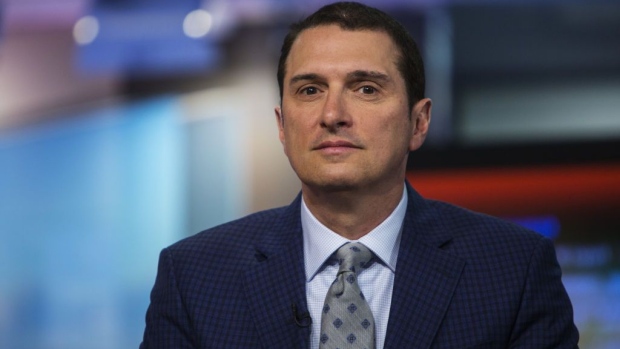 The coronavirus pandemic has led to a historic economic collapse, both here and around the world. The Federal Reserve responded by slashing rates to zero and vowing to buy trillions of dollars in new assets.

What will be the impact of these Fed actions is the question that this week's guest on Masters in Business, Jim Bianco, president of Bianco Research, tries to answer.

Some expect a rapid recovery and spike in inflation; others see a long, slow recovery, more in the shape of a swoosh than a V.Bianco, a former fixed-income analyst who covers equities, comes at it a bit differently.

He says the present economic debate is over whether the economy is experiencing a supply or demand shock. Has the economy crashed because of the mandated business closures, hurting the supply side?

Or have consumers, wary of leaving their homes, been the main factor, crushing demand? One thing seems certain: consumer reluctance to resume pre-pandemic activity will play a big part in determining how long the coronavirus hangover lasts.

All of this makes establishing fair value for markets difficult, he says. The Fed's actions have put a floor under stocks, preventing them from falling more than they otherwise might. In contrast with the financial crisis, the Fed has been more aggressive, which also contributed to the sharp rally from the March lows.

Bianco's record is worth noting: He was one of the first analysts who explained the impact of the Fed’s quantitative easing and zero interest-rate policies in 2009.

You can stream and download our full conversation, including the podcast extras, on Apple iTunes, Spotify, Overcast, Google, Bloomberg and Stitcher. All of our earlier podcasts on your favorite pod hosts can be found here.

Next week, we speak with Henry Cornell, founder of Cornell Capital LLC. He previously was vice chairman of the merchant banking division of Goldman Sachs.