On Monday, Lululemon Athletica Inc. said that fourth-quarter sales and earnings would be toward the low end of its expectations — quite a surprise considering the company has been one of the industry’s stronger performers, and the holiday shopping season was expected to hold up despite the new variant. The shares fell as much as 9 per cent in early trading.

Lululemon’s caution is a red flag for the rest of the retail, consumer and restaurant sector. Almost two years in, the pandemic still has the power to disrupt trading.

The company best known for its yoga pants said that it started the holiday season strongly. But then it suffered from several effects of omicron, including staffing shortages and reduced operating hours in certain locations. Even before the latest variant, consumer-facing companies were grappling with supply-chain snarl ups and not having enough workers. If these pressures continue, Lululemon won’t be the last to highlight the consequences. 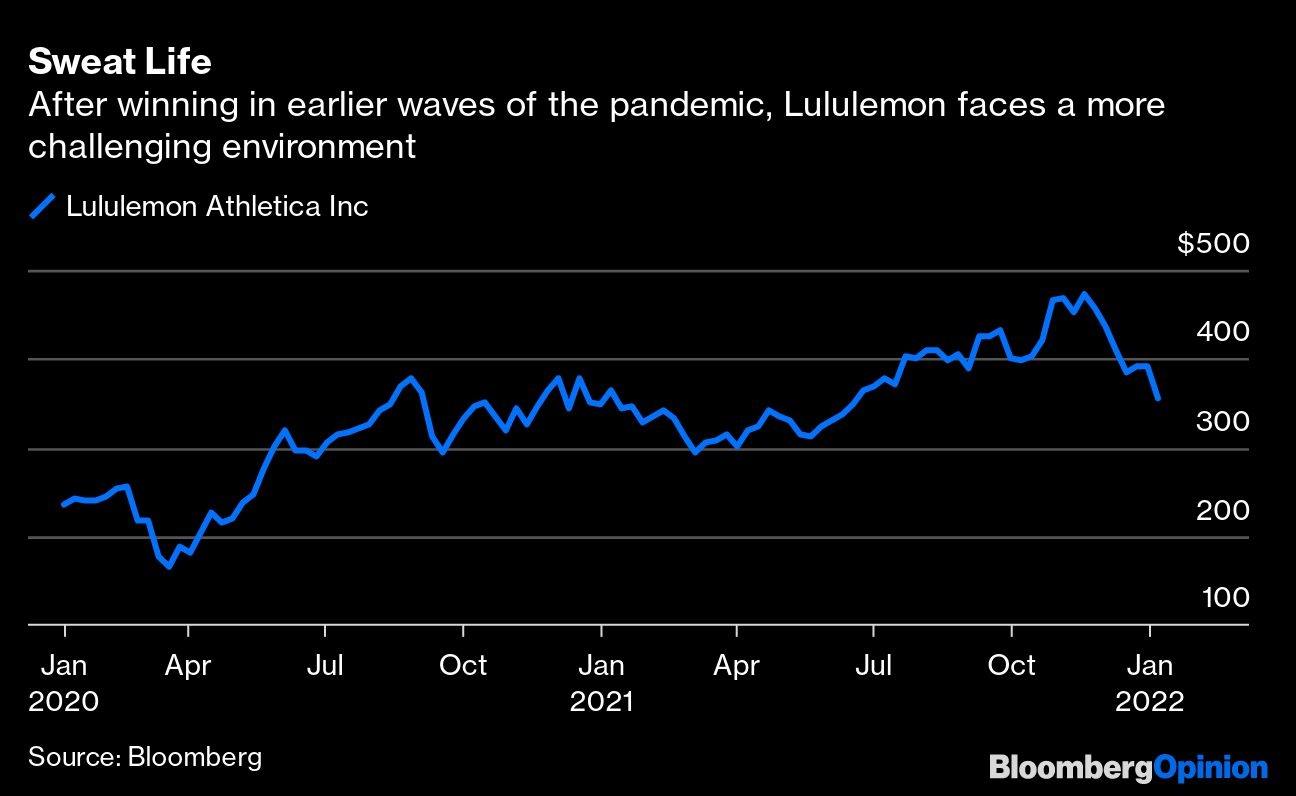 So far, companies with strong brands, such as Nike Inc., and with scale, such as Walmart Inc. and Target Corp., have been able to withstand the supply-chain challenges, while weaker firms have struggled to stay afloat. Last week, Bed Bath & Beyond Inc., which is in the midst of a turnaround plan, cut its sales and profit forecast.

But Lululemon seems to be an exception to this rule. Since its see-through yoga-pants scandal in 2013, it has not only revived its fortunes but defended them in the increasingly competitive space of fitness and fashion. Even with Monday’s setback, its shares trade at a more than 20 per cent premium to other companies in Bloomberg Intelligence’s North American Athleisure Retailers peer group. 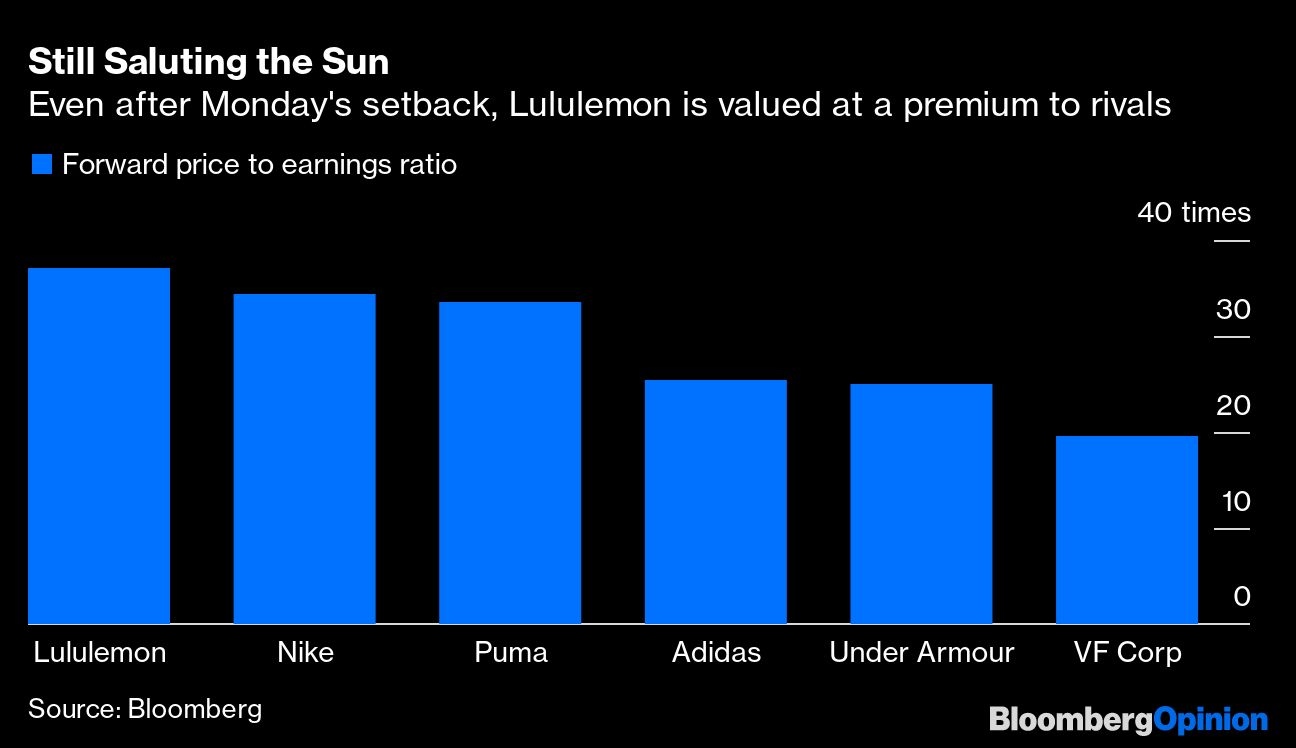 Lululemon faces the additional challenge of changing consumer tastes in the pandemic. Shoppers are shifting spending from comfortable leisure wear to clothing more suited for going out again. Demand for dressier apparel helped British retailer Next Plc increase full-price sales by 20 per cent in November and December. Lululemon must also turn around at-home fitness company Mirror after lowering expectations for the business last month.

Even so, the Vancouver-based retailer is still a leader in its field and is doing many things that others aspire to — for example, adapting its product range to new occasions such as hybrid working, and having a strong online presence as well as flashy stores that focus on experiences, not just selling things.

If Lululemon is suffering from the ravages of omicron, then other consumer chains may find this latest chapter of the pandemic even more daunting.