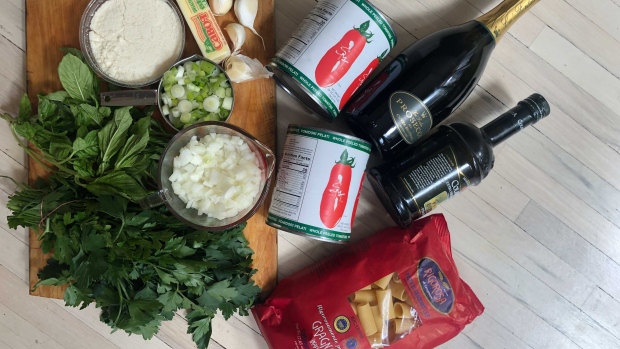 If there’s been one question that has hung over New York like urgent, giant skywriting, it’s this: When will indoor dining reopen?

Governor Andrew Cuomo unexpectedly answered the question on Sept. 9, when he announced a 25% capacity restart on Sept. 30. While more than 10,000 restaurants around the city have created engaging outdoor dining experiences, several of the best and most recognizable dining rooms have resisted the urge to serve diners outdoors or for takeout, including Le Bernardin and Eleven Madison Park.

Barbuto is another of the city’s defining restaurants that has kept its doors closed, albeit for a few weeks in March when chef-owner Jonathan Waxman offered takeout of such dishes as his signature roast chicken with salsa verde before stopping over concerns for staff safety. Now, he says, he’s nailing down the opening date for indoor dining at his new location, a few blocks from the idyllic corner spot he operated for 15 years.

For those that can’t wait, Waxman’s new The Barbuto Cookbook: California-Italian Cooking from the Beloved West Village Restaurant (Abrams Books, Sept. 29; $40) is a compendium of his restaurant’s greatest hits, such as kale salad, pasta carbonara, and porchetta. In addition to all those great recipes, Waxman shares cool details: He estimates that he’s sold more than 350,000 orders of the foundational crisp-skinned roast chicken.

Although the chicken gets a lot of play, Waxman has garnered a strong following for his pasta. He cooks the kind of deceptively simple, deeply satisfying varieties that people crave. He is himself inclined toward a bowl of red-sauced noodles when things are stressful. “When I’m really depressed, I want one of three things: a margarita, a bowl of tomato pasta, or a pint of ice cream—whatever flavor is close by,” he says.

The beauty of Waxman’s voluptuous tomato sauce is how much flavor it packs and how versatile it is. It’s excellent on pasta—any shape you want—for lunch and dinner, late night or late morning. Moreover, his recipe yields additional sauce, which is handy to pull out of the refrigerator to spread on a pizza or use as the base for a Bolognese sauce or for any recipe that calls for tomato sauce.

He makes his red sauce chunky (a “West Coast thing,” he says), which makes it satisfying for late summer and early fall, when a casual bite of tomato and basil is especially delightful.

The chef credits Luis Ruiz, one of Barbuto’s longtime line cooks and “a master at producing ragù,” with inspiring the recipe. The sauce is made with good-quality canned tomatoes; fresh ones are unpredictable when it comes to water content. Waxman also recommends a heavy bottomed saucepan. (The best and most expensive are called “rondeaus,” with layers of steel and copper forming the base.) This allows the long, slow, even cooking that is key to the depth of flavor; finished with a knob of butter and a generous amount of grated Parmesan, it also creates a sauce that bathes the pasta.

“Tomatoes, funny enough, like to be cooked. They love that abuse,” he says. “That’s the beauty of this sauce: the roundness and flavor that you associate with the sauce you miss from that trip to Italy.”

Waxman adds a secret ingredient: a glass of prosecco thrown in with the browning onion. “For acidity and fun,” he says. The sparkling wine does give a delightful kick to a red sauce that doubles as a powerful source of comfort.

But even though the chef has made more than one tweak to the classic—he adds scallions for gentle pungency—the recipe is open to interpretation, says Waxman. “I’m the least dictatorial cook in the world.” Feel free to add guanciale (cured pork jowl), crushed red pepper, or both.

Adapted from The Barbuto Cookbook, by Jonathan Waxman.

Meanwhile, heat 4 cups of the sauce in a large saucepan with the butter. Add the pasta and reserved cooking water to the sauce along with the cheese. Toss until the pasta is well coated; serve hot.