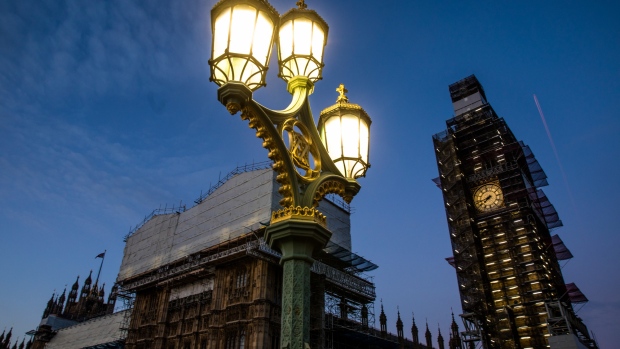 (Bloomberg) -- Britain’s Parliament will try again to find a way through Brexit on Tuesday. If things go as expected, these are the dates that matter the most:

Lawmakers will vote from around 7 p.m. London time on what they think the government should do next. So far, 14 amendments have been proposed, though more may be added. Not all of them will be taken up, but at 15 minutes a vote, they could easily go for three hours or more. The key amendment is from Labour lawmaker Yvette Cooper and Conservative MP Nick Boles, which would force Parliament to allow time to pass a bill that would try to avoid a no-deal Brexit. Others with a strong chance of passage call for time to be given to votes on different Brexit options.

Assuming Cooper-Boles passes, the next date that matters is:

After a week in which Prime Minister Theresa May’s government will have lobbied MPs not to back the plan, the House of Commons would debate actual legislation drafted by Cooper and Boles. The EU (Withdrawal) (No. 3) Bill would set a deadline after which, if the government couldn’t reach a deal, it would have to seek a delay to Britain’s departure from the EU.

Passing the Commons doesn’t turn a bill into law. There are suggestions that Brexit supporters in the House of Lords would try to filibuster to stop the legislation.

Under the Cooper-Boles plan, this would be the deadline for the government to pass a Brexit deal through the Commons. If it can’t, the prime minister would have to ask the EU to extend the U.K.’s membership beyond the March 29 cutoff date until Dec. 31. There are hints from Labour that this period should be shortened in exchange for the party’s support.

To contact the editors responsible for this story: Tim Ross at tross54@bloomberg.net, Tony Czuczka, Ros Krasny