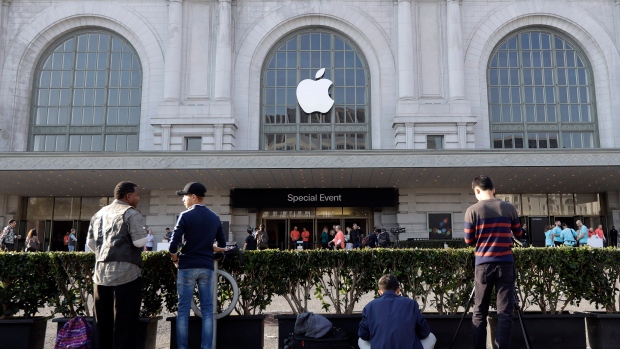 John A. Sobrato may be the richest person in Silicon Valley not to have made his money from technology. The real estate developer and his family have built an US$8 billion fortune developing commercial properties in America’s tech hub since the 1960s. Tenants have included Apple Inc., Amazon.com Inc. and Netflix Inc.

Sobrato, 80, started out working with his mother, building a 14,000-square-foot property for Lockheed Corp. in 1961. A year later, he teamed up with local broker Carl Berg before striking out on his own in 1979. His son, John M. Sobrato, took over day-to-day operations in 1997 before Rob Hollister became the first non-family member to run the property arm in 2013. Today, the Sobrato Organization encompasses the real estate and development unit, the investment arm Sobrato Capital and Sobrato Philanthropies.

In an interview conducted by email, Sobrato spoke of how he’s survived the region’s booms and busts, how his family has donated US$550 million to charity since 1996 and the backstory to his personalized license plates. Comments have been edited and condensed.

What’s your approach to real estate?

I had a philosophy of rarely selling. We still own buildings I developed in the late 1960s. When we have sold, we have generally traded into new real estate development opportunities. With inflation and increasing rents supported by the tremendous and rapid growth of the high-tech companies (together with a generally declining cap rate environment), we were able to borrow much of our original costs. This provided the capital to build more buildings for our loyal tenants as well as to diversify into other assets, such as public and private equities. In the 1970s we were able to build a whole series of buildings or campuses for our emerging high-tech companies.

How did you benefit from Silicon Valley’s booms?

No doubt I was in the right place at the right time. In the 1960s, we paid US$1 to US$2 a square foot for well-located land with infrastructure in place to accommodate a tilt-up building. Our building costs were under US$10 a square foot and monthly shell rents were US10 cents or less per month. Today we have the same land selling for over US$100 a square foot, building costs of US$300 or more per square foot. Rents are US$3 to US$5 a square foot depending on the location and the amount of tenant improvements funded by the developer.

How did you survive the busts?

We concentrated on large single-tenant buildings, which still make up a large portion of our real estate portfolio. These can be very risky with the possibility that a tenant might go broke, which some did. Fortunately, Carl Berg and I had about 80 such buildings before we split our properties in 1979. Having long-term leases on a large number of single-tenant buildings allowed us to survive the downturns or when a few of our tenants went broke. Also, because we generally leased to larger companies, they were less likely to go under than the startups during the tough times.

Where are you building now?

Our current efforts are focused on how our projects can be both profitable and address some of the critical issues facing our region. In that regard, our large-scale developments are nearly all mixed use with both residential and office space. Combining the two reduces traffic, increases sustainability, and helps offset the housing affordability issues created by job growth in the area.

A second focus is increasing our investment in the North Bay, particularly San Francisco. While we already own two projects there, we are looking for more acquisitions and developments as San Francisco has become a key location for our traditional technology clients.

Maintaining family control of the business (without partners or shareholders) has been a huge asset to us over the years, enabling us to be opportunistic in the marketplace and mission-driven.

How do you think about succession?

For the past decade or so, we have put the people and processes in place to enable the Sobrato Organization to grow and be successful after I am no longer involved. Now, we have several family members involved in the business, including my son John Michael as chairman, my daughter Lisa as CEO of our foundation, my son-in-law Matt Sonsini as CEO and my grandson Jeff in our real estate operations. In addition, Rob Hollister has served as president of our property operations for the past six years.

Your philanthropy is locally focused?

Our region’s success has contributed to a serious affordability issue. When I got started in the business, a person could purchase a small home in Palo Alto for around US$20,000. Today that same starter home would sell for US$1.5 million. This has resulted in a growing divide between the haves and have-nots, contributed to our homelessness problem and caused some high-tech companies to leave the region. Therefore, while our business has certainly benefited from this growth, we worry about the long-term risks to the region as well as the inequities. As such, promoting opportunity in the Valley, supporting English Learner education initiatives and nurturing the local non-profit sector are key objectives of the Sobrato Family Foundation.

Most of our philanthropic work has been supported by the donation of buildings that were later sold to fund grants and various initiatives. The family gives collectively through the Sobrato Family Foundation as well as individually (all of which we refer to as Sobrato Philanthropies). While most of our philanthropy, historically, has been place-based and focused on Silicon Valley, the family is increasingly exploring initiatives that extend beyond the Valley.

You have a couple of personalized license plates?

So, debt and taking big risks are a big part of how we built the business. I have two license plates on my cars - one says Hi Debt and the other Big Loan for a reason. Today, now that the business has been built, we are more conservative in our use of debt.