North American airlines will be able to weather the pandemic storm: Analyst

The coronavirus pandemic has hit the aviation industry like no crisis before, grounding thousands of planes and drying up travel as restrictions on movement deter people from flying.

International flights have felt the impact most acutely due to border controls and mandatory quarantine requirements; domestic routes are starting to recover as people are generally able to move more freely within their countries. Asia is a standout, home to all 10 of the world’s busiest domestic routes this month, according to OAG Aviation Worldwide Ltd.

South Korea has the busiest by far, between its capital Seoul and the island Jeju. The route -- which takes a little over an hour -- has around 1.3 million seats scheduled in November, OAG said. That’s more than the top 10 international routes combined. Jeju-Seoul was the world’s busiest domestic route last year, pre-pandemic, with over 17 million seats, or about 48,000 on average a day. 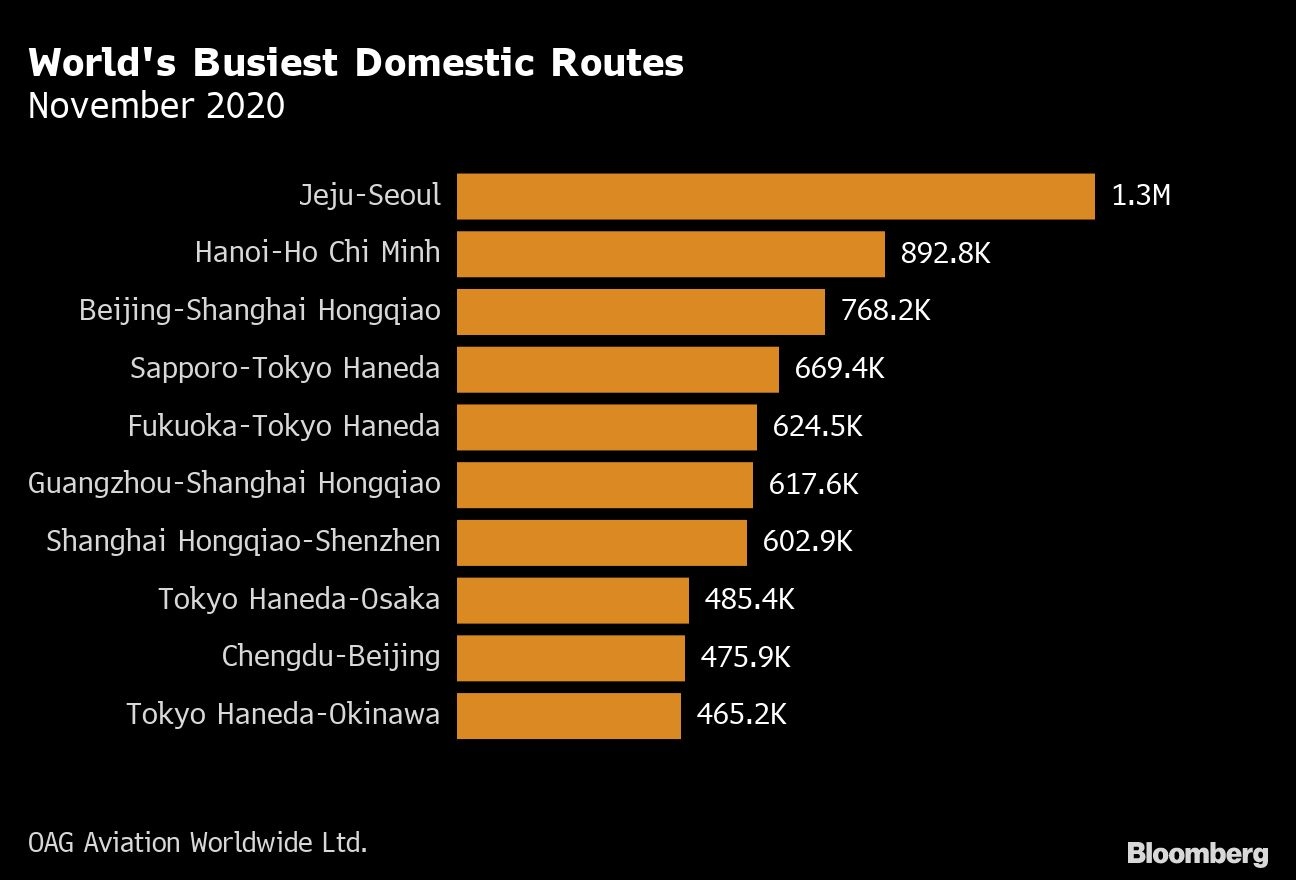 Of the other top 10 busiest domestic routes, China and Japan have four each and one is in Vietnam. China’s busiest is from capital Beijing to Shanghai’s Hongqiao Airport, with 768,184 seats this month, about the same as the top four U.S. routes combined. 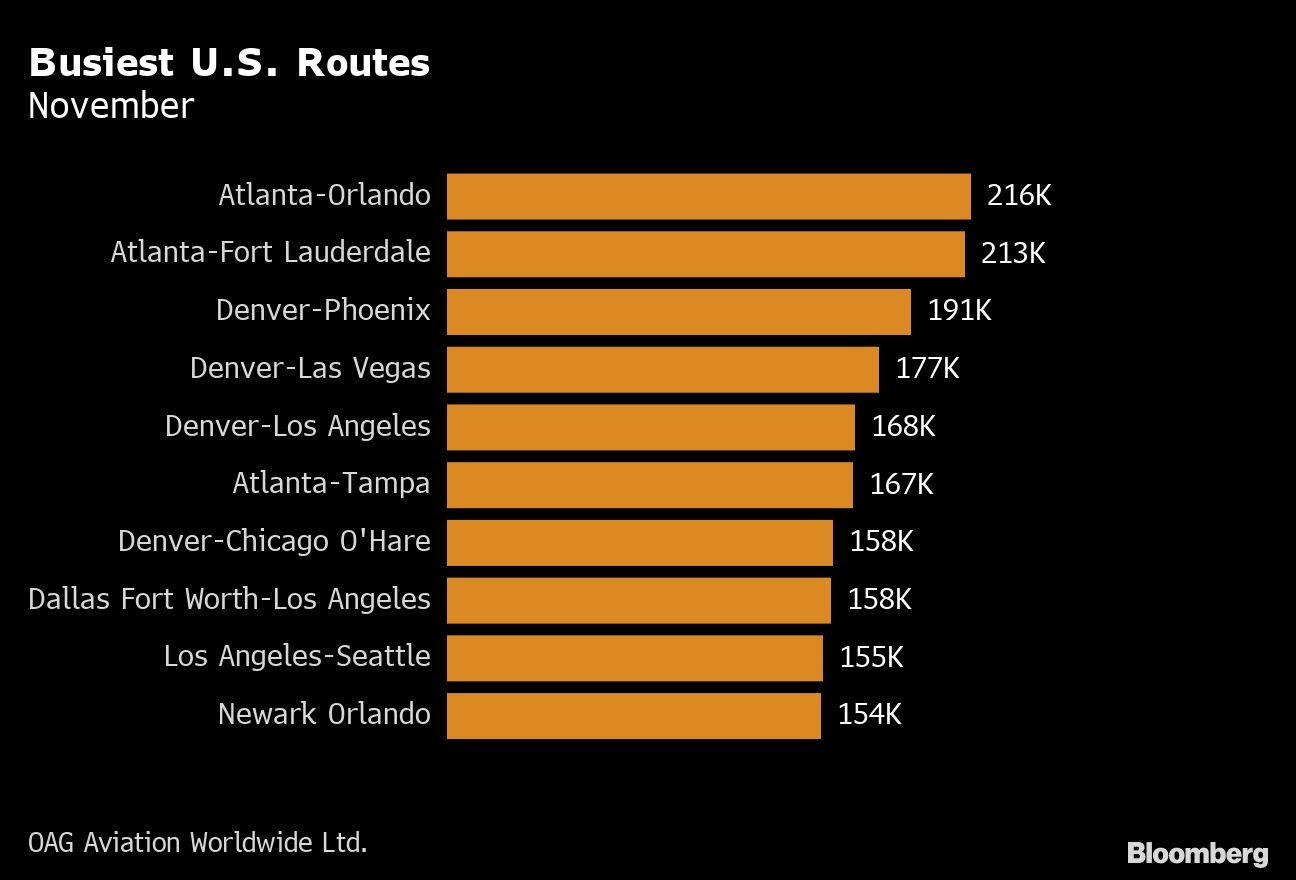 International air travel however is severely hamstrung and the November numbers remain measly. The busiest route this month is set to be Cairo-Jeddah with 147,950 seats, which at those levels wouldn’t make it into the top 10 U.S. services.

Hong Kong-Taipei is eighth on the international list with 93,922 seats. That’s a sharp fall from last year, when it was the world’s busiest international route with almost 8 million seats, about 22,000 a day, according to OAG. 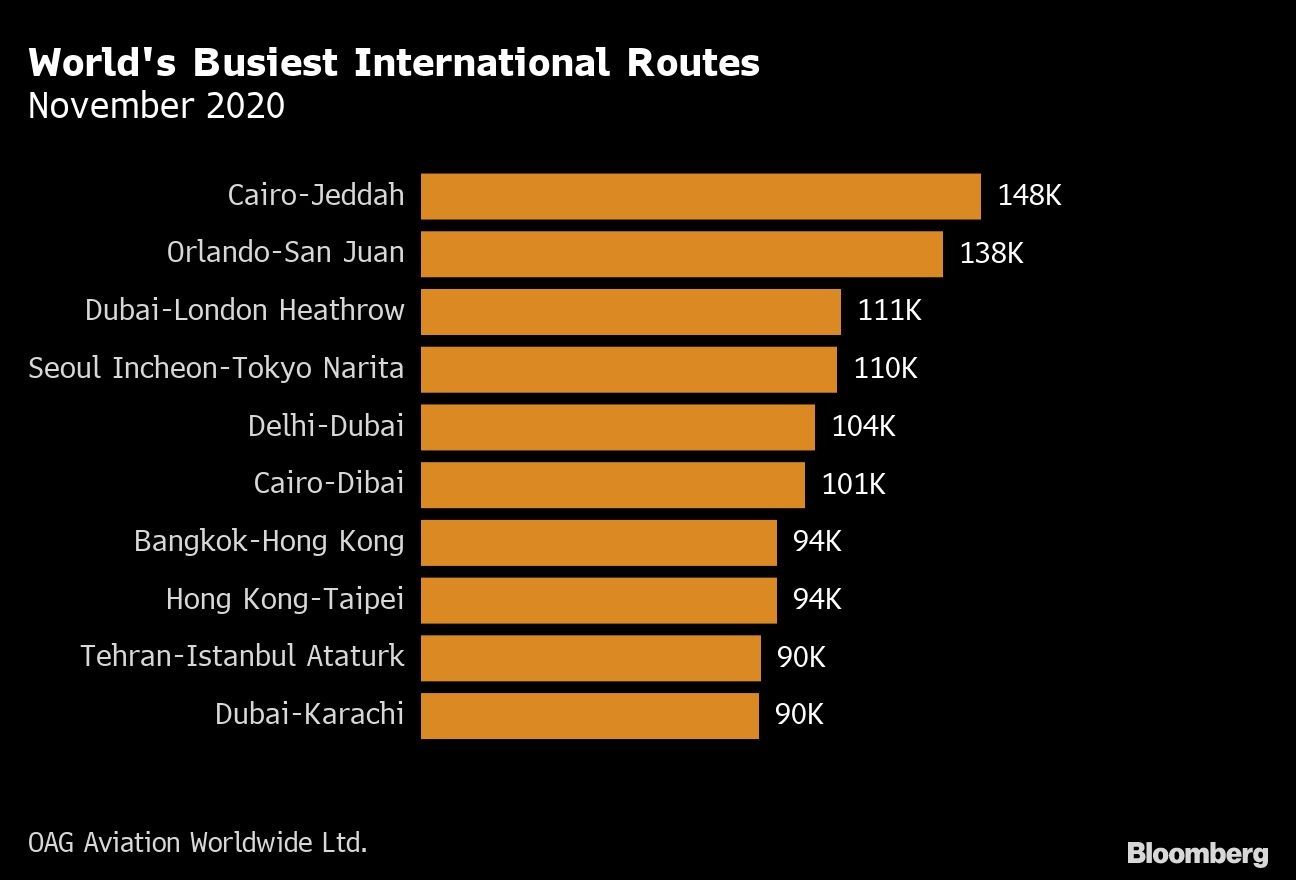 Separately, aviation analytics company Cirium said this week that 31 per cent of the world’s passenger jet fleet was in storage as of Nov. 11, or a little over 8,100 aircraft. The proportion is more than 35 per cent in Europe, where many countries are struggling to contain a resurgent virus and imposing lockdowns. Only 21 per cent of planes operated by carriers in the Asia-Pacific region were inactive as of last Wednesday, Cirium said.