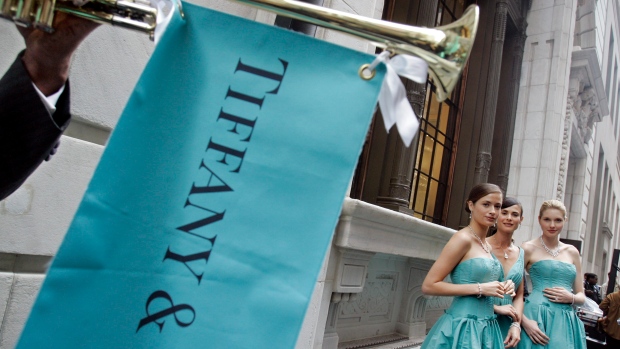 Comparable sales, a key retail metric, fell two per cent worldwide on a constant currency basis, missing the average of analysts’ estimates, according to Consensus Metrix for a 1.2 per cent drop. The company’s gross margin shrank and also fell short of estimates.

-Growing tensions between the U.S. and China have taken a toll on the jewelry maker. Over the holidays, Tiffany said it was hurt by a drop in spending by Chinese tourists, an important customer group. The situation improved last quarter: Sales to local customers in China fared well, the company said.

-The jeweler quietly went on a hiring spree over the past two years, adding 2,300 new jobs, mostly in manufacturing, in its diamond operations abroad and jewelry factories in its home market. It makes jewelry at several workshops across the U.S., including New York, Rhode Island and Kentucky.

-Tiffany shares fell to US$85 in early trading Tuesday.