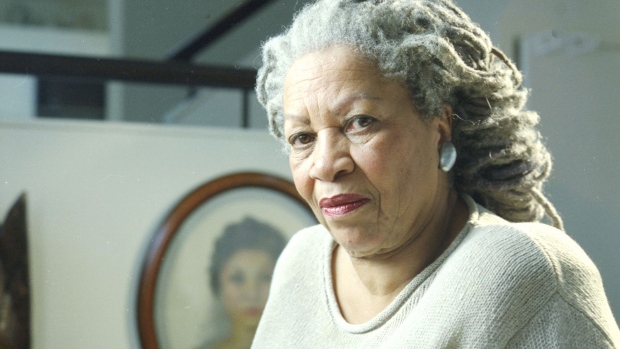 Toni Morrison, the first black woman to win a Nobel Prize in Literature for her novels depicting the struggles of black Americans living in a white society ridden with racial discrimination, has died. She was 88.

Her death was reported by the Associated Press, which cited an unidentified friend. No cause was given.

The former Princeton University professor wrote novels that redefined the black American experience and portrayed social disharmony through the eyes of mainly female protagonists. From Pecola Breedlove in Morrison’s first work, “The Bluest Eye” (1970), about an 11-year-old black girl surrounded by violence and grinding poverty who prays for blue eyes that she thinks will end her loneliness, to Sethe in “Beloved” (1987), about a runaway Kentucky slave who kills her daughter to spare her a life in captivity, Morrison’s characters confront the burdens inflicted on them by a white culture.

“I would like to write novels that were unmistakably mine, but nevertheless fit first into African American traditions and second of all, this whole thing called literature,” she said in a 1993 interview with the Paris Review. “It’s very important to me that my work be African American; if it assimilates into a different or larger pool, so much the better.”

Morrison was awarded the Nobel Prize for Literature in 1993 for “novels characterized by visionary force and poetic import,” and she “gives life to an essential aspect of American reality,” the Nobel Foundation wrote.

She won the 1988 Pulitzer Prize for fiction for “Beloved” and received the Presidential Medal of Freedom, the highest civilian honor, in 2012. It was presented by Barack Obama, whose Facebook page lists Morrison’s “Song of Solomon” (1977) as one of his favorite books. The novel deals with a disillusioned young black man, Macon “Milkman” Dead, who reconnects with his roots and finds spiritual meaning.

Morrison’s other acclaimed novels included “Sula” (1973), about a black woman who disregards social conventions, and “Jazz” (1992), a historical novel that was part of a trilogy beginning with “Beloved” and ending with “Paradise” (1997).

In 2006, the New York Times Book Review cited “Beloved” as the best American novel of the past 25 years, based on the responses of several hundred writers, critics and editors.

“Ms. Morrison’s versatility and technical and emotional range appear to know no bounds,” Margaret Atwood wrote in the book review for the New York Times. “If there were any doubts about her stature as a pre-eminent American novelist, of her own or any other generation, ‘Beloved’ will put them to rest.”

Born as Chloe Anthony Wofford on Feb. 18, 1931, in Lorain, Ohio, Morrison was the second of four children in a working-class family, according to the Nobel Foundation’s profile. Her parents were George and Ella Ramah Wofford. She acquired her name Toni as an abbreviation of her middle name while at school, according to a 2012 article in New York magazine.

Morrison graduated from Lorain High School and in 1953 received a Bachelor of Arts degree in English from Howard University in Washington. Two years later, she earned a master’s degree in American literature from Cornell University.

After teaching at Texas Southern University and Howard University during the mid-1950s, she married Harold Morrison, a Jamaican architect in 1958. Five years later, she became a senior editor for the publishing company Random House in its New York headquarters.

In the 1970s, Morrison began to gain recognition for her writing, receiving an American Book Award nomination for “Sula” and winning the National Book Critics’ Circle Award for “Song of Solomon.” She was named a distinguished writer by the American Academy of Arts and Letters in 1978 and was appointed by President Jimmy Carter to the National Council on the Arts in 1980.

In 1984, Morrison became the Albert Schweitzer professor of humanities at the State University of New York in Albany. She moved to Princeton University to take up the Robert F. Goheen Chair in humanities in 1989 and remained there until 2006.

With her husband, whom she divorced in 1964, Morrison had two children, Harold and Slade, who co-wrote children’s books with his mother. Slade Morrison, an artist, died in 2010 at age 45.