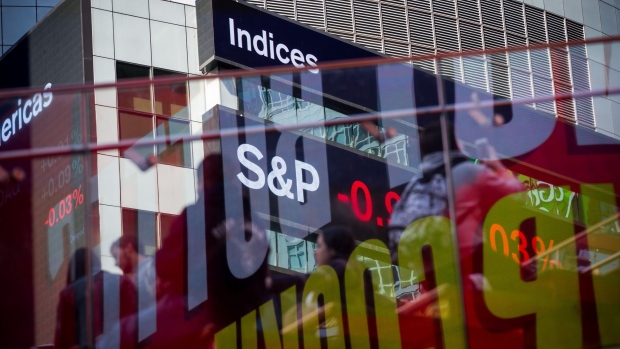 All the teeth-gnashing in Congress over tech’s endless ascent has done nothing to keep the big from getting bigger in the stock market, going by the Nasdaq 100’s last two sessions. New research says that as far as the economy is concerned, that’s fortunate.

While popular support may exist for pruning the power of megacap mammoths like Apple Inc. and Amazon Inc., support is also running high right now for stocks themselves -- as barometers of hope and wealth. Tampering with one without blowing up the other could be thorny, or so says a new report.

In a note titled “Stocks Are Too Big to Fail,” Michael Kantrowitz, a strategist with New York-based research firm Cornerstone Macro, argued that psychology in the economy has rarely been fastened as tightly to equity gains as it is now. One example: consumer confidence is correlated to the S&P 500 more than any time in the past three decades.

“One could argue that falling stock prices have never had the potential to be such a drag as they are now,” Kantrowitz wrote in a note to clients. “Stocks are too big to fail here because a big drop in the stock market could leave the U.S. government an enormous bill.”

None of those points seemed to weigh heavily on lawmakers who last week put chief executives of the biggest U.S. tech companies through five hours of interrogation over allegations their size and influence are out of control. (Those companies aren’t the whole market, but they’re close: the big five make up a record 23 per cent of the S&P 500.) 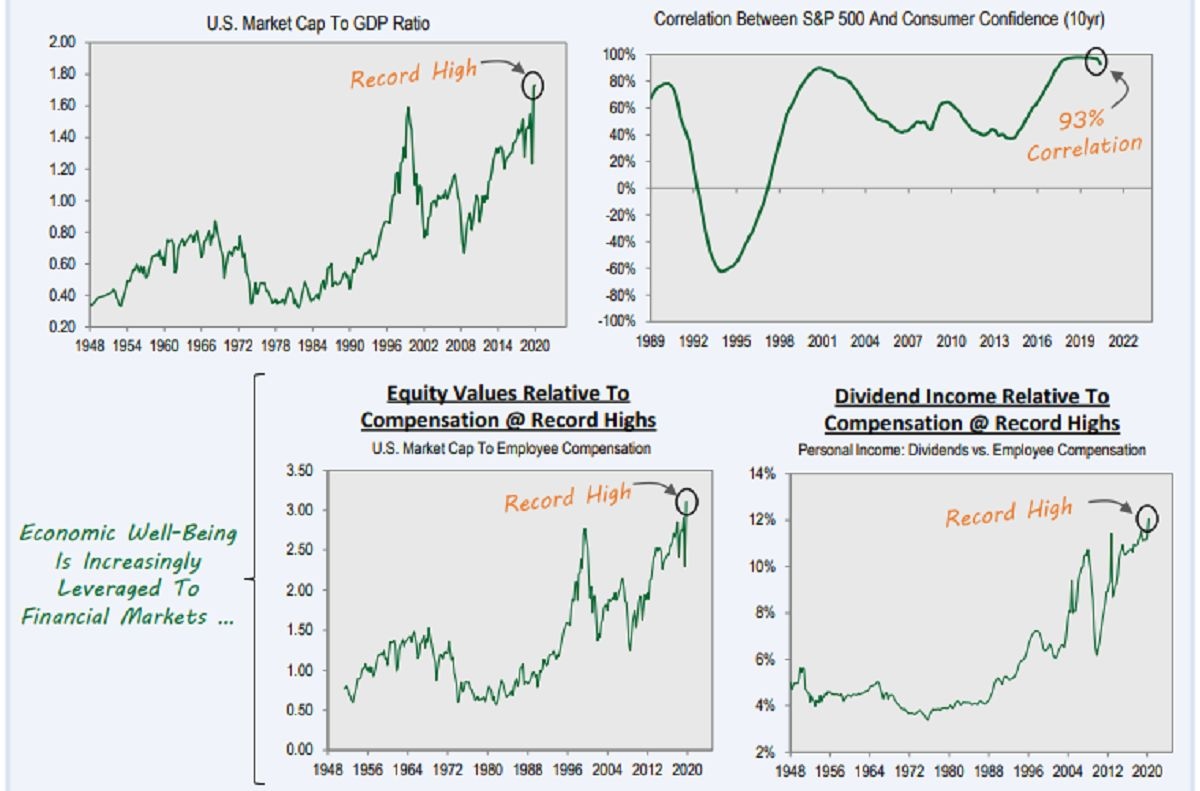 Maybe they should have, says Kantrowitz. Everyone from legislators to regulators to the central bankers has reason to be careful when doing anything that might cause the market to fall with a pandemic and recession raging, he wrote. Indeed, stocks have played such a big role in boosting income and confidence that policy makers are likely to be forced to come to their rescue at signs of trouble. The Fed will press its easy monetary policy while government spending keeps rising, the strategist said in an interview.

“I’m not saying that stocks will not fall in the future,” he said. “Just that the ‘cost’ of lower equity prices has never been greater. It seems cheaper and easier for most to just keep the music playing and supporting the stock market, and by extension the economy.”

Share values currently stand at a record high relative to the size of U.S. economy. Other data show equity values and dividend income dwarfing household compensation at an unprecedented rate. Those facts are routinely trotted out to prove investor exuberance is out of control. But to Kantrowitz, it means the market has gotten too large for policy makers to risk ruining.

The S&P 500 now stands about 3 per cent from erasing its bear-market loss. The market extended gains Monday after President Donald Trump, who has always considered the Dow Jones Industrial Average a report card, said he may take executive action to impose a moratorium on evictions with talks on a new virus relief plan stalled in Congress.

As for tech megacaps, while regulatory scrutiny will certainly increase, targeting an industry that’s now helping lift the economy on all fronts, from job creation to investment spending, is sure to look like a bad policy, especially if it’s blamed for any market collapse, according to Kantrowitz.

“It’s a potential risk, but hard to see the government press if stocks get hit,” he said.