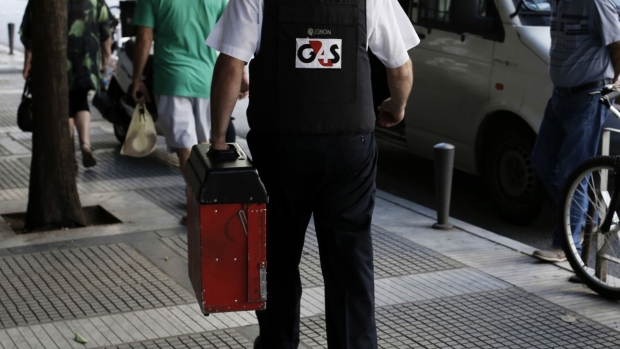 G4S is in a “very good spot” financially and operationally, David Herro, partner at Harris, also said in an email. He is the first investor to speak out on the Garda approach and echoes the views of G4S, which has said the offer doesn’t reflect the company’s prospects for growth.

Montreal-based Garda on Monday appealed to G4S investors to help force management to the negotiating table. An all-cash offer of 190 pence a share would be of “clear and immediate benefit” to shareholders, customers, employees and members of the company’s pension schemes, it said.

Herro, who did not say what his valuation of G4S would be, has been an influential figure in the companies in his investment portfolio. In the 1990s, he led the ousting of Maurice and Charles Saatchi from their eponymous advertising agency, Saatchi & Saatchi. Earlier this year he was a staunch, but ultimately frustrated, defender of Tidjane Thiam at the Swiss bank Credit Suisse Group AG.

Garda’s proposed deal would be financed by private-equity investor BC Partners, which holds a 51% stake in the Canadian firm. Garda Chief Executive Officer Stephan Cretier and other management own the rest. A spokesman for the bidding consortium said: “If there is a debate about value to be had, we hope shareholders will encourage the G4S board to engage constructively with us.”

The latest offer was Garda’s third unsolicited approach for G4S and follows an aborted move by the company last year. A combination between Garda and G4S, which provide guards to everything from airports to prisons and have operations around the world, would create a global security firm with more than 600,000 employees.

Cretier is hoping to tempt G4S investors who have seen the share price tumble by around 17% this year.

Andrew Brooke, an analyst at Royal Bank of Canada, said on Tuesday that a price of between 180p and 250p would be acceptable for G4S shareholders. RBC has raised its price target on G4S, saying Garda’s offer effectively puts the company in play.