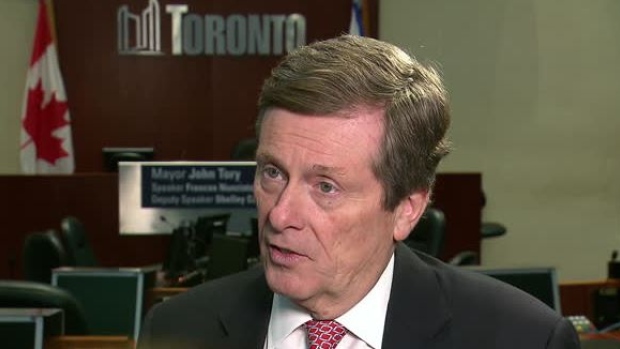 Toronto Mayor John Tory is critical of British Columbia’s 15 per cent tax hike on foreign homebuyers, characterizing it as politically-motivated.

In an interview on BNN Friday, Tory said B.C. Premier Christy Clark’s surplus levy on foreign buyers was hasty, and noted it has failed to depress prices in Vancouver’s hot housing market.

“The number of [home] sales went down in Vancouver, but interestingly in light of this tax, the prices went up: so if the whole idea here is to dampen down the increase in prices, then the jury would still be out at best on whether or not that tax had the desired effect,” he said. “I’m not sure if you’re really addressing what the issue is in the minds of people, namely the big increases in prices, that that tool in B.C. is actually working.”

While prices in Vancouver have indeed continued to post double-digit increases on a year-over-year basis in the wake of the foreign buyers tax hike, the most recent data from the Real Estate Board of Greater Vancouver showed the benchmark price for a detached home in the region fell 2.2 per cent from October to November.

Tory said Toronto is actively assessing its approach to the affordability issue in Toronto, but said he would not be rash in implementing changes, despite the Toronto Real Estate Board reporting a 27.6 per cent rise in the average price of a detached home in November. Even relatively more affordable condo prices were up 15.1 per cent in the month.

“The worst thing we could do for the marketplace and its long-term health is to act in a hasty manner, to do something that’s politically sexy, but that is actually not going to be effective and may even be less than responsible.”