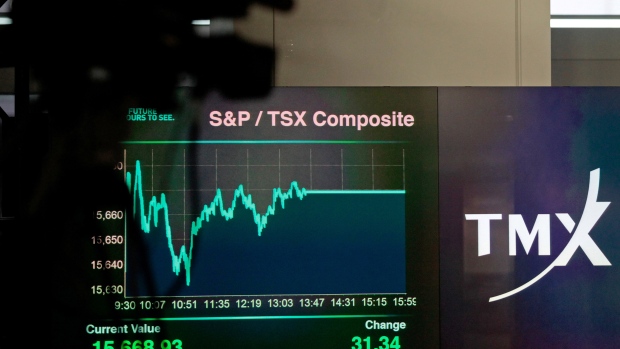 A darkened television studio is seen at the offices of TMX Group, which operates the Toronto Stock Exchange, after the company announced it was shutting down all markets for the rest of the day after experiencing issues with trading on all its exchange platforms in Toronto, Ontario, Canada April 27, 2018. , REUTERS/Chris Helgren

The best-performing financial stock on the Toronto Stock Exchange isn’t a bank. It’s the parent company of the exchange itself, thanks to a jump in equity trading volumes.

TMX Group Ltd. is the only member of the S&P/TSX Financials Index to have gained so far in 2020, climbing 19.6 per cent, while its other 24 members are in the red.

Historic stock-market volatility in the first half of the year due to the COVID-19 pandemic propelled a 38 per cent surge in daily average trading volume from a year ago to 768.6 million shares, the highest level since at least 2013, according to data compiled by Bloomberg. 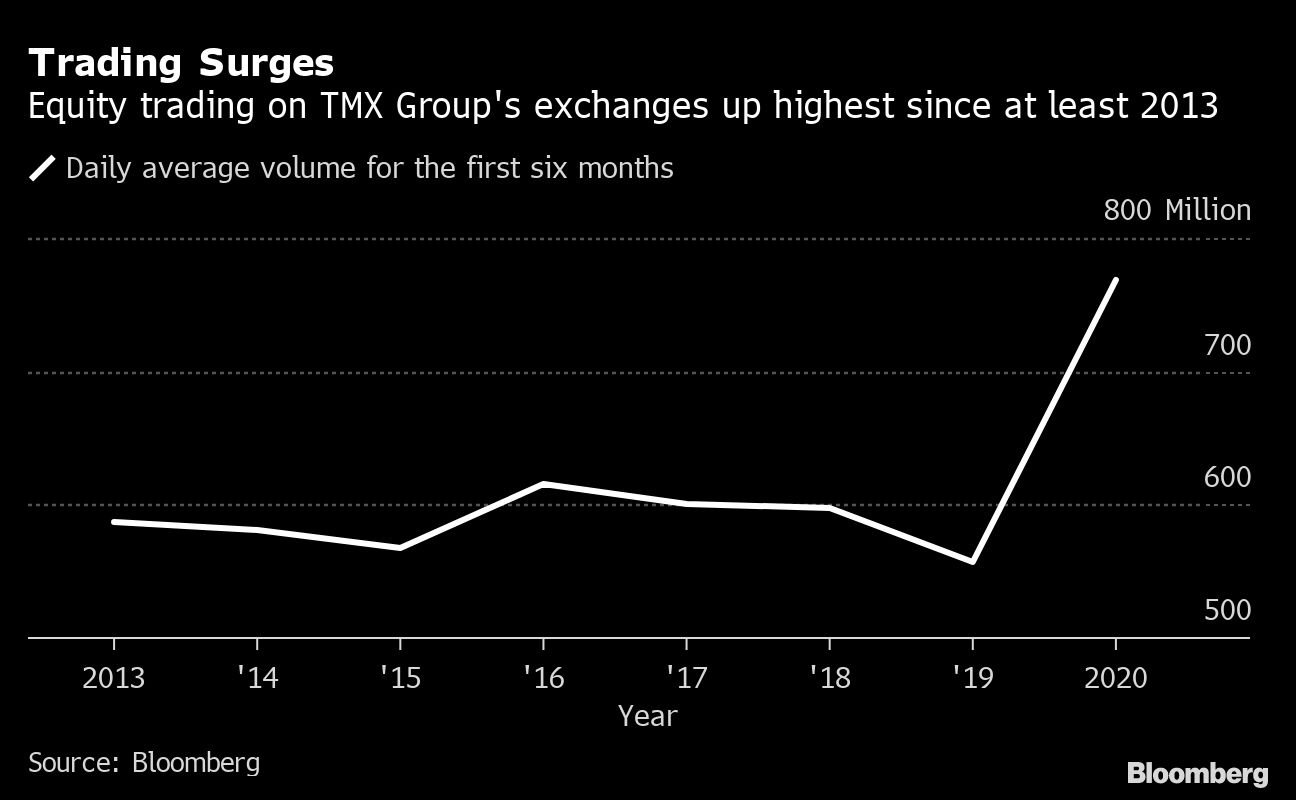 Financial firms from banks to asset managers have taken a hit this year as the pandemic sent the global economy into sharp downturn. But stock exchange operators have been winners because of a historic bout of volatility that led to strong trading activity.

TMX Group’s rise has outpaced some other large exchange operators. Nasdaq Inc. is up 12.5 per cent this year while London Stock Exchange Group plc is up 9 per cent. Intercontinental Exchange Inc., which runs the New York Stock Exchange, is flat.

The increase in trading volume for TMX translated into $1.3 trillion (US$989 billion) in total trade value through the first six months of the year. The Toronto-based company reported a 12 per cent increase in revenue and 18 per cent boost in earnings per share in the first quarter.

“There’s not a lot of Canadian financial companies that are generating that kind of EPS growth in this environment with the kind of balance sheet and liquidity position that they’re in,” said National Bank of Canada analyst Jaeme Gloyn.

The S&P/TSX financials gauge is among the biggest losers on the main benchmark with an 18.8 per cent decline, while the S&P/TSX Composite Index is down 8.6 per cent.