Oil market carnage may signal 'the start of the end' for OPEC: Trader

Distress reigns in corners of the market for exchange-traded products as the spreading coronavirus and all-out oil price war upend assets around the world.

U.S. stocks plunged, crude slid the most since 1991 and Treasury yields plumbed record lows. Credit markets torpedoed and the dollar slumped. And now, the pithy slogan “there’s an ETF for that” means there’s a product getting hammered in areas of the markets most under duress.

Here’s where the pain is most acute: 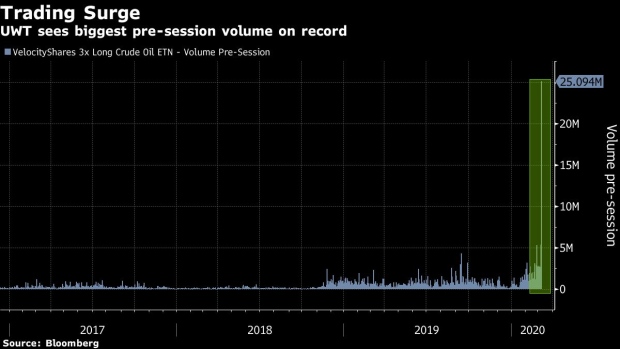