Could get worse before it gets better for the cannabis sector: Analyst

Trulieve Cannabis Corp. reported “another blowout quarter,” in the words of one analyst, showing that it is possible for pot companies to beat earnings expectations.

After a week that saw Canada’s four largest cannabis producers miss estimates, hammering the sector, the strong results from Florida’s largest pot company indicate that the quarter may look brighter for U.S. operators.

Trulieve reported third-quarter revenue of US$70.7 million, ahead of the consensus estimate of US$65.6 million, and adjusted earnings before interest, taxes, depreciation and amortization of US$36.9 million. It also reaffirmed its 2019 and 2020 guidance, which calls for US$220 million to US$240 million of revenue this year and US$380 million to US$400 million next year, with Ebitda growing to US$140 million to US$160 million by 2020.

“Given the momentum within the Florida market, and Trulieve’s robust profitability metrics, we believe the company’s 2020 guidance goal posts are likely to prove to be somewhat conservative,” Canaccord Genuity analyst Derek Dley wrote in a note, calling the quarter a “blowout” and “exceptionally strong.”

Trulieve’s stock is up 36 per cent this year, although it’s down 28 per cent since its high in early April.

The company held 53 per cent market share for THC concentrate and 46 per cent for dry flower in Florida during the quarter, Dley said. It also expanded its active patient count by 19 per cent to 215,000, or approximately 80 per cent of active patients in the state. 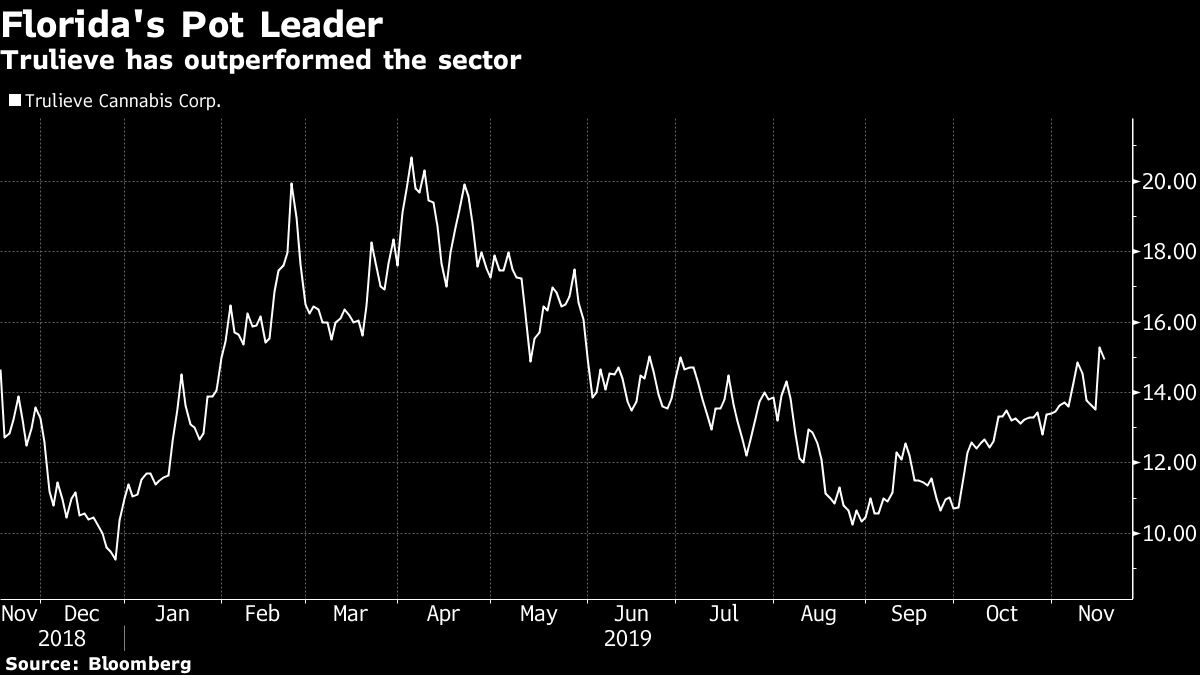