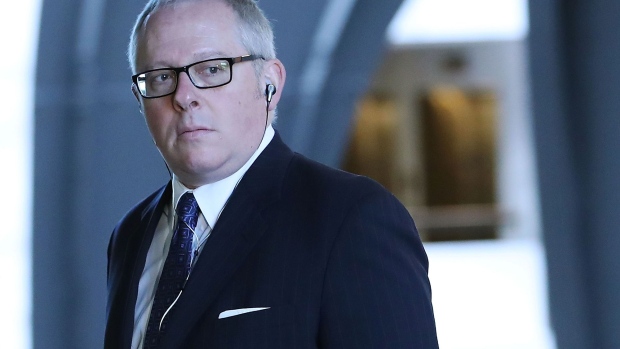 (Bloomberg) -- Michael Caputo, the Trump administration’s top health spokesman, took a 60-day leave of absence after engaging in online outbursts in which he suggested tear-gassing reporters, accused federal scientists working on the Covid-19 pandemic of sedition and warned of left-wing hit squads training for violent attacks.

Ryan Murphy, as the principal deputy assistant secretary for public affairs, will lead the day-to-day operations of the office during his leave, the Department of Health and Human Services said in a statement Wednesday. Paul Alexander, a senior adviser to Caputo, will be leaving the department, according to the statement.

Caputo, 58, the assistant secretary for public affairs at HHS, was appointed in April as President Donald Trump was coming under withering criticism for his handling of the coronavirus pandemic. A media-savvy political operative, Caputo was expected to help shape the administration’s message on its pandemic response.

Instead, Caputo found himself at the center of controversy over an attempt to influence scientific study of the coronavirus. Politico reported this month that he was involved in trying to manipulate scientific reports by the Centers for Disease Control and Prevention, over fears they would harm Trump politically.

Then, on Monday, the New York Times reported that a Facebook presentation by Caputo was filled with bizarre rants that included a reference to what he said was his failing mental health. He attacked CDC scientists as “anti-Trumpers” and urged gun owners to buy ammunition to stave off attacks from left-wing hit squads, according to the Times.

He also deleted his Twitter account after a late night rant on Sunday. In a series of tweets from his personal account, he said “gas all of them” while commenting on a post from a self-described journalist who had published a video saying they were about to be tear-gassed. In a second tweet, Caputo described another Twitter user with an epithet for a feminine hygiene product, adding “you have four followers.”

In a statement Monday he said that since the spring, he and his family had been continually harassed and threatened, including by some individuals who were later prosecuted, according to the Times. On Tuesday, Caputo apologized to Health Secretary Alex Azar and his staff, the newspaper reported.