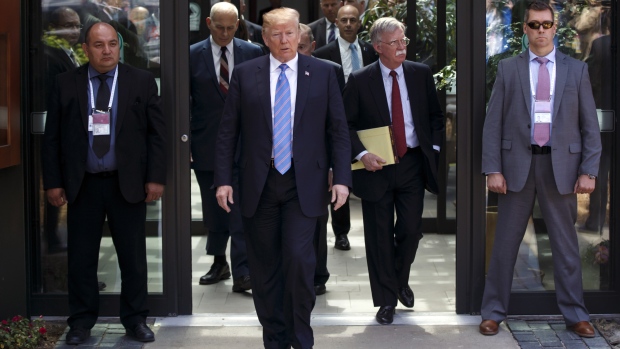 President Donald Trump broadsided his allies and upended a Group of Seven meeting just as it wound up -- disavowing a joint statement the U.S. had agreed to, lashing out at Canada’s Justin Trudeau and ratcheting up trade tensions.

Trump fired off a pair of tweets several hours after leaving the summit in Canada to fly to Singapore for another on North Korea. Trudeau and other leaders had given closing press conferences and announced a U.S.-backed joint G7 statement. Minutes after that statement was published online, Trump complained about comments made by Trudeau and revoked his support.

“I have instructed our U.S. Reps not to endorse the Communique as we look at Tariffs on automobiles flooding the U.S. Market!,” Trump tweeted Saturday evening, saying he was responding to Trudeau. “Very dishonest & weak,” he said of the Canadian leader.

His comments undermine the G7, a bloc that was once a pillar of U.S. foreign policy and has long acted as a defender of the global economic system. It could also cause fresh friction with his northern neighbour as tensions percolate over efforts to redraw the North American Free Trade Agreement. And it could even undercut the upcoming North Korea summit -- Trump effectively backed out of a deal with allies while traveling to try and reach a deal with a foe.

“It’s a brutal blow to a summit of significant success, both in substance and in presentation,” said John Kirton, director of the University of Toronto’s G7 Research Group. The brief glow of this year’s summit “has been destroyed, for now and probably for good.”

The president’s reference to cars is not new. Trump last month directed Commerce Secretary Wilbur Ross to initiate a national-security investigation into imports of cars, trucks and vehicle parts that could possibly lead to tariffs. Canada would be among the biggest losers from such a move as the second-largest source of U.S. vehicle imports. The top source is the other NAFTA member, Mexico. 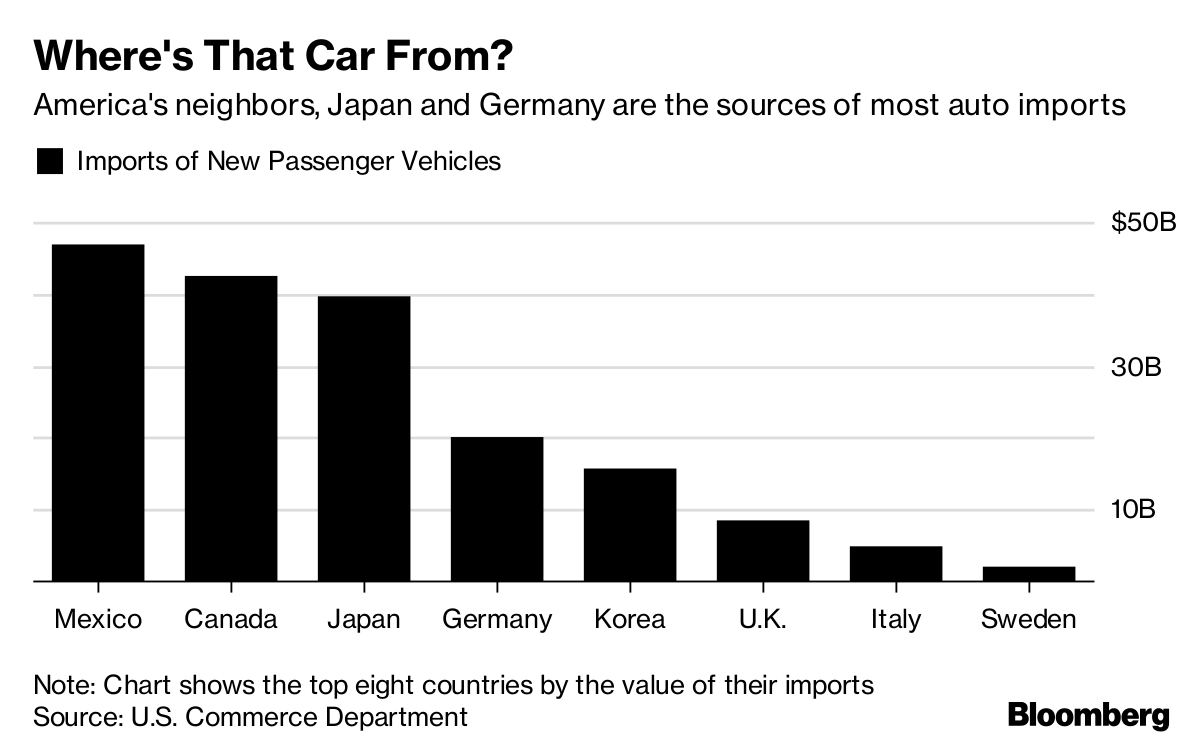 But the remarks came shortly after Trudeau, the G7 host, had projected an image of cooperation. At his closing press conference, he announced all G7 nations had worked hard to finalize a joint statement, which largely committed them to keep talking on trade. “Those who doubted our capacity to work together will have seen our ability to deliver,” he said.

Trudeau also repeated statements he’d made earlier -- calling U.S. steel and aluminum tariffs “insulting” and pledging to proceed with previously announced retaliatory tariffs. Trump said that retaliation is a “mistake,” according to Trudeau. Canada is “polite, we’re reasonable but we also will not be pushed around,” Trudeau added. Trump’s tweets cited those comments.

Trudeau’s office responded to the tweets with a written statement, saying the prime minister’s comments in public and in private with Trump were “nothing he hasn’t said before” and that he was “focused on everything we accomplished here at the G7 summit.” Trudeau himself declined to comment during an appearance with Argentina’s president. "Good to see you guys," Trudeau said to journalists asking for reaction. "It’s a beautiful evening, a great weekend."

A senior U.K. government official said Theresa May’s government stands by commitments made in the communique, and a similar statement was issued by the German government. “I think they’ll all come down on Trudeau’s side” with the possible exception of Japan’s Shinzo Abe, Kirton said. “This is clearly six versus one.”

Even before Trump’s shock reversal, Macron bemoaned the lack of G7 unity, giving a hint that the tensions hadn’t been put to rest. Trump had at one point proposed that G7 nations eliminate all tariffs, barriers and subsidies.

“I heard President Trump say he wants maximum trade and minimum tariffs for G7 members. Be my guest,” Macron told reporters Saturday. “We need seven to dance that tango, and the next move needs to be made by the one who first took a step backward.”

In a tweet later, Macron said Trump’s isolation from the international community is “contrary to American history,”

Copies of the communique stamped with “approuve,” or approved in French, were being circulated around the G7 media centre in Quebec City as Trump made his order on Twitter. The statement had been published online minutes before Trump’s tweets. Before Trudeau spoke and announced the communique, a U.S. administration official told a pool reporter Trump had agreed to the communique.

Trump left the summit early Saturday to head for a meeting in Singapore with North Korean leader Kim Jong Un on June 12. “This bodes very poorly for the North Korea summit because it basically underlines the fact that Trump’s word means nothing,” said Jacob Kirkegaard, a senior fellow at the Peterson Institute for International Economics.

Trump’s tariff hikes and threats to proceed with new duties on Chinese goods have raised the prospect of a trade war -- and of congressional intervention. Senate Foreign Relations Committee Chairman Bob Corker, a Republican, introduced legislation this month that would curb the president’s executive powers to impose tariffs.

Arizona Republican Senator John McCain tweeted a message to allies, saying the U.S. is pro-free trade and “Americans stand with you, even if our president doesn’t.”

Kirkegaard said he hopes Congress takes back trade powers from the president. “You cannot conduct international economic policy in this manner. First of all, to not have the guts to do it face to face, that’s one thing, but disavowing something you agreed to just a few hours ago is kindergarten stuff,” he said. “I don’t know what to say. I hope Republicans grow a spine, really.”

The G7 summit included ample discussion on NAFTA -- Trump said any new agreement will include some kind of sunset clause, which would kill the deal after five years unless all three countries agree to change or renew it. Trudeau repeated that Canada won’t accept a sunset clause.

Laura Dawson, director of the Canada Institute at the Washington-based Wilson Center, said it’s too early to know what Trump’s tweets mean for U.S. policy.

"This is sound and fury coming up from the president," Dawson said by phone. “The president showed up and played nicely for most of the event” and the Trudeau government is “able to differentiate between reality and rhetoric."

Trump has complained repeatedly -- including throughout the summit -- about Canada’s protected dairy sector, citing 270 per cent tariffs he says stand in the way of American farmers accessing that market.

Canada’s system of quotas and tariffs for dairy, poultry and eggs, known as supply management, is something of a sacred cow -- all major political parties support it, and, given the value of existing quotas, farm groups erupt when changes are discussed. In NAFTA talks, Trump has called for the full dismantling of that system over 10 years.

Canada has given up slices of its dairy market in previous talks, including with the U.S. on the Trans-Pacific Partnership, a pact Trump quit. Dawson expects it to do so again. If there is a NAFTA deal "you’ll see Canada make a significant concession in supply management,” she said.