Musk offloads US$6.9B worth of stock in Tesla

Twitter Inc. said Elon Musk’s latest move to cancel his agreement to buy the social network is invalid after the billionaire said the company’s treatment of a whistle-blower gave him another reason to walk away from the US$44 billion deal.

Musk’s latest move to terminate the deal is “invalid and wrongful” and “Twitter has breached none of its representations or obligations,” the company’s lawyers said in a letter on Monday, according to a regulatory filing. 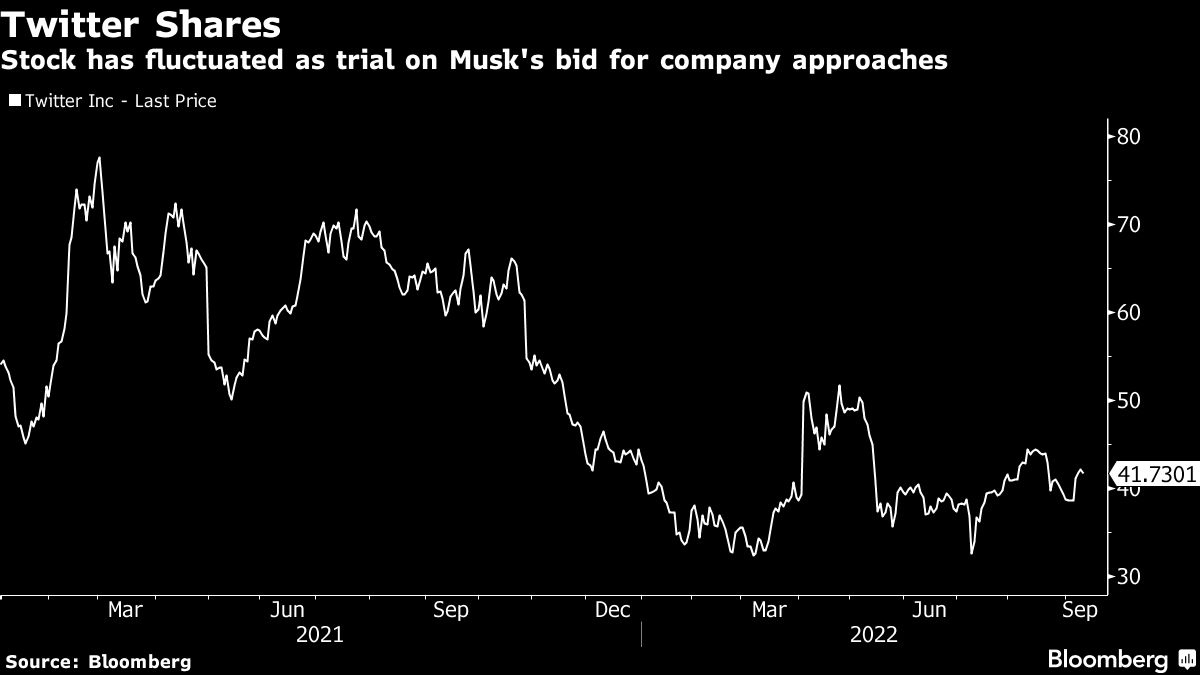 It’s Musk’s third attempt to withdraw his offer because of what he says are violations of the buyout agreement. Musk previously raised concerns about the number of “bot” accounts on the platform, and now has said that Twitter should have notified him before it spent US$7.75 million in a separation agreement with Peiter Zatko, the company’s former security chief.

Zatko is due to testify this week about his whistle-blower report, in which he raised concerns about lax security, privacy issues and the number of bots on the platform. He has been subpoenaed to testify in the Twitter lawsuit, as well.

Delaware Chancery Judge Kathaleen St. Jude McCormick has allowed Musk to add Zatko’s allegations of “egregious deficiencies” at Twitter to his legal arguments, permitting the billionaire to argue a material adverse effect on the acquisition through Twitter’s failure to disclose Zatko’s statements.

However, McCormick has denied his bid to push back the Oct. 17 trial date. This may limit the time that Musk’s team has to explore the allegations.

Stock has fluctuated as trial on Musk's bid for company approaches
Zatko is due to testify Tuesday in front of the Senate Judiciary Committee in Washington about his allegations of security failures. Twitter shareholders are to vote the same day on whether to accept Musk’s bid.

“The shareholder approval expected tomorrow formally sets the stage for the Game of Thrones Battle between Musk and Twitter in the Delaware Courts with the high possibility in our opinion that some form of negotiation likely takes place,” ahead of the October trial, Wedbush Securities analysts Daniel Ives and John Katsingris wrote in a note. “We continue to view the Zatko situation as a Pandora’s Box scenario for Twitter with for now the Senate hearing front and center.”