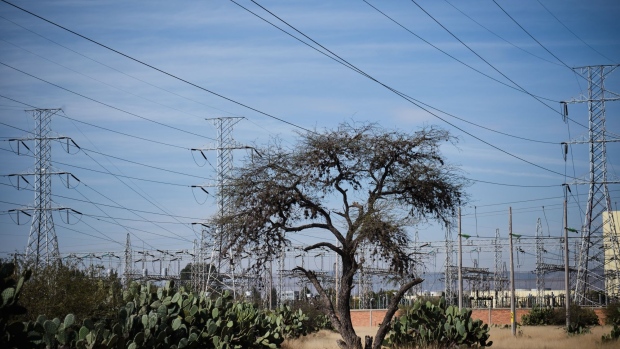 (Bloomberg) -- Mexico’s carbon emissions risk soaring by as much as 65% and electricity costs could also jump if the country passes reforms giving the state greater control over the power market, a U.S. agency said.

The government’s proposed change in the constitution to give state utility Comision Federal de Electricidad a bigger share of the power market would result in using less of Mexico’s booming solar and wind farms, according to a report by the Energy Department’s National Renewable Energy Laboratory. That would increase carbon emissions between 26% and 65%, while raising electricity generation costs between 32% to 54%, the NREL said.

“These reforms could potentially distort the principle of economic dispatch, increasing production costs, and threatening the country’s short-term climate change commitments,” according to a draft of the study seen by Bloomberg News. Greenhouse gas emissions “significantly increase under all scenarios.”

President Andres Manuel Lopez Obrador’s has taken several steps to give the state more power over Mexico’s energy, dialing back on his predecessor’s reforms that lured international investments into oil, solar and wind developments. He has come under fire from renewable energy companies and environmental groups for pushing a fossil fuels-heavy agenda at a time when other nations seek to cut emissions.

CFE says the reform won’t force out private producers, that it will only serve to level the playing field.

“We see clearly that it’s a benefit for all,” said Mario Morales Vielmas, the director of intermediation of legacy contracts at CFE. He added that CFE doesn’t expect any price increases or higher emissions, and has plenty of capacity to serve customers after the reform.

The Mexican government and didn’t immediately respond to requests for comment.

The reform proposed earlier this month would cancel existing electricity generation permits and give priority to CFE’s aging hydroelectric power stations, followed by its nuclear and gas-fired plants, which also burn fuel oil. Power from the private sector would come lower on the list, with renewable wind and solar projects near the bottom, beating out only gas- and coal-fired generation from non-state providers.

AMLO, as the president is known, aims to give CFE a 54% share in electricity generation.

While passing a constitutional change would require support from opposition lawmakers to reach a two-thirds majority, the proposal has raised alarm bells for international renewables companies operating in the country.

The changes could also increase the probability of power outages by 8% to 35%, according to the NREL.

The study was carried out on behalf of the 21st Century Power Partnership, an initiative of the Clean Energy Ministerial. It used generation data from September 2020 to August 2021, including load, generation capacity mix and weather data for the Mexican power system. It took into account production costs, emissions and system reliability to generate various scenarios under the proposed reforms.

Mexico’s wind and solar energy associations, AMDEE and ASOLMEX, say the reform would undermine pledges Mexico made under the Paris Agreement on climate change.

The NREL study also estimates the reforms would jeopardize those commitments.

(Updates with comment from CFE in the fifth and sixth paragraphs.)