Government assistance will also slow down the recovery: CIBC's Tal

U.S. retail sales stalled in April following a sharp advance in the prior month when pandemic-relief checks provided millions of Americans with increased spending power.

The value of overall retail purchases were essentially unchanged last month following an upwardly revised 10.7 per cent gain in March that was the second-largest in records back to 1992, Commerce Department figures showed Friday. The median estimate in a Bloomberg survey of economists called for a 1 per cent April gain. 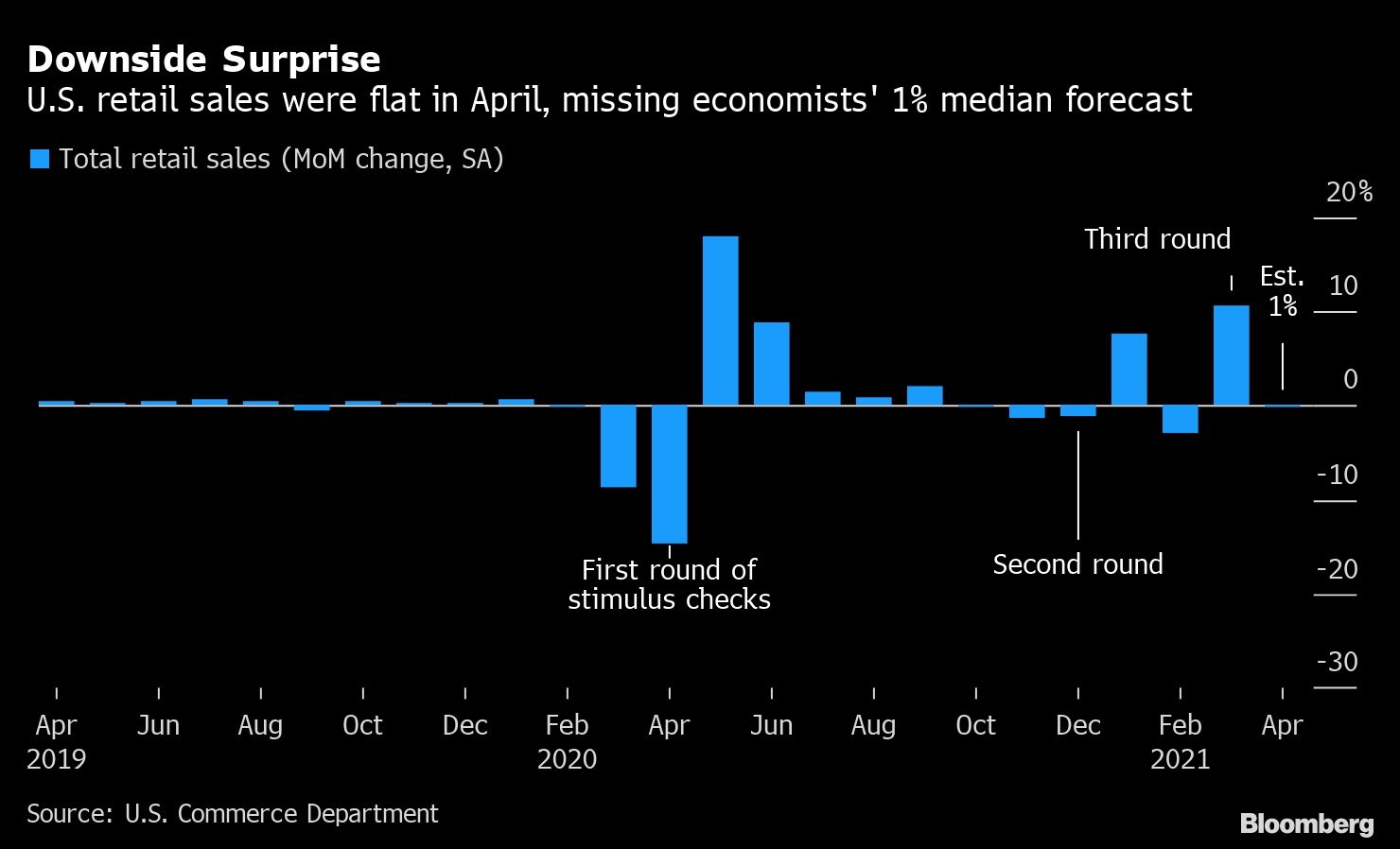 The total value of retail sales was a record US$619.9 billion in April, supporting economists’ forecasts for strong household spending for the remainder of the year.

While consumers may begin shift more of their spending money to services such as entertainment and travel as pandemic fears dissipate, elevated savings supported by fiscal stimulus should underpin retail demand.

Treasuries were steady and the U.S. dollar remained lower after the report.

Sales at motor vehicle and parts dealers climbed 2.9 per cent in April, even as automakers faced production constraints due to the global semiconductor shortage.

The value of restaurant receipts rose 3 per cent after a 13.5 per cent March gain as states across the country eased restrictions on indoor dining capacity.