Energy and industrial companies led gains in the S&P 500 Index, offsetting weakness for tech stocks. Banks advanced, sending an industry gauge to its highest since 2007, and small caps rallied more than 2 per cent after U.S. regulators said Johnson & Johnson’s COVID-19 vaccine is safe and effective. Tesla Inc. gained after Ark Investment Management’s Cathie Wood said she bought shares during this week’s selloff. U.S. 10-year yields touched 1.43 per cent, the highest since February 2020, before paring the increase.

Powell, testifying before lawmakers, said the U.S. economy still had a long way to go to reach maximum employment and the Fed’s inflation target, a signal he wants to remain accommodative. Equity investors are weighing predictions for a post-pandemic surge in economic activity and corporate earnings with concerns that higher interest rates could dent the appeal of stocks. 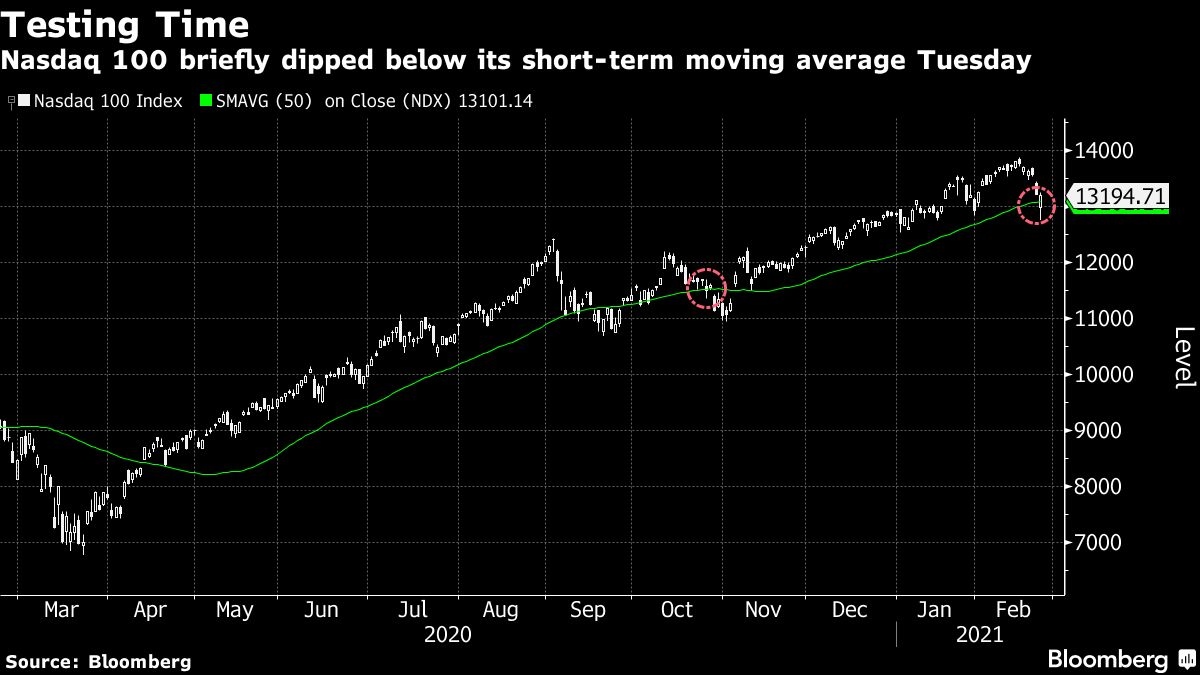 “Mr. Powell didn’t say anything different than he has been saying for a couple of months now,” said Matt Maley, chief market strategist at Miller Tabak & Co. “But his comments gave investors confidence that the Fed is still keen on helping asset prices push higher, so they bought on weakness with both hands.”

In Europe, the Stoxx 600 climbed. Travel shares and construction companies were among the top performers.

Meanwhile, Asian stocks tumbled, led by a retreat in Hong Kong after the city announced its first stamp-duty increase on stock trades since 1993. Mainland-based funds sold a record US$2.6 billion worth of Hong Kong stocks through exchange links with Shenzhen and Shanghai. The Hang Seng Index closed down 3 per cent, the biggest retreat in nine months.

Bitcoin climbed back toward US$50,000. The rebound follows a tough week for the digital currency after skeptical comments from Microsoft Corp. co-founder Bill Gates and Treasury Secretary Janet Yellen.

“There’s definitely a debate going on within the market both in terms of interest rates and inflation, but also in terms of economic growth,” said Chris Zaccarelli, chief investment officer at Independent Advisor Alliance. “It’s this whole growth-versus-value investing style discussion that happened last year, and now in 2021 I would say it’s been more mixed.”

- The yield on 10-year Treasuries jumped four basis points to 1.38 per cent.