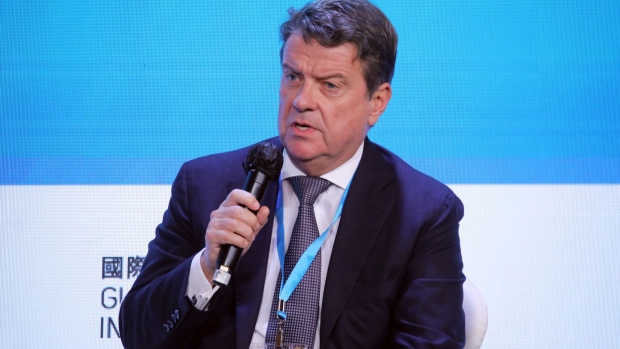 (Bloomberg) -- UBS Group AG Chairman Colm Kelleher said the bank will focus on the very richest US clients, backtracking from a plan to serve a broader segment of affluent customers after it abandoned a deal to buy robo-adviser Wealthfront.

“Where we bring alpha is High Net Worth and Ultra High Net Worth,” Kelleher said at a conference in London on Wednesday, referring to the bank’s relative performance. “I don’t think we bring alpha in mass affluent, that’s why we had to walk away mutually from the Wealthfront deal. Because things have changed and it didn’t make sense.”

Read More: Palace Intrigue at UBS Pits the CEO Against His Star Banker

Kelleher’s comments are the first public ones backing away from Chief Executive Officer Ralph Hamers’s plans to grow the US business by widening the client base to so-called “mass affluent” clients it could serve in a more cost-efficient way. Hired for his digital savvy by former chairman Axel Weber, his efforts to move beyond UBS’s traditional, personalized service for the ultra-rich have met with internal resistance from some within the bank.

“We have to grow in the States, as UBS is sub-scale there,” said Kelleher, who previously served as president of Morgan Stanley and joined UBS in March. He said the bank has been slow to identify cross-selling opportunities to wealth management clients, while ruling out any further US deals. UBS also will set targets for its expansion in wealth management there, he said.

UBS is focusing on US and Asia expansion as wealth pools grow. Hamers said in May that the bank was “as much of a US player as we are a Swiss player” and the Zurich-based firm could “absolutely” compete with Wall Street titans on wealth.

Kelleher indicated that the bank would forego any deals going forward and instead focus on perceived missed opportunities including cross-selling to existing clients.

“We were very slow off the mark in selling banking products to our wealth management clients; that is low hanging fruit,” he said. “But now we’re very focused on that. And that’s something that my previous employer did very efficiently, so I’d like to think that I bring a new sense of urgency to that to get it done.”

Kelleher played down the suggestion that there was friction between himself and Hamers over the direction of the bank. The refocusing has had “real affirmation” from Hamers and the board he said. In October, Hamers claimed that the bank’s “strategy was never to do a deal, the strategy was always to grow organically and the opportunities you can look at in terms of accelerating your organic plans.”

Separately, Kelleher said that clients of Credit Suisse Group AG concerned over the turmoil the bank is currently experiencing are approaching UBS as an alternative for managing their wealth.

“We are not actively benefiting at their expense,” he said.  “We view them as a worthy competitor, going through a crisis which I believe they will manage and get to safer ground. But we are also in a world of clients moving money around, where clients proactively approach us.”

UBS has seen significant inflows into its Asian wealth management business over the past three months as rich customers flee its biggest rival, Bloomberg reported last week. That dynamic is contributing to the massive client outflows that are exacerbating the crisis of confidence at the smaller lender.