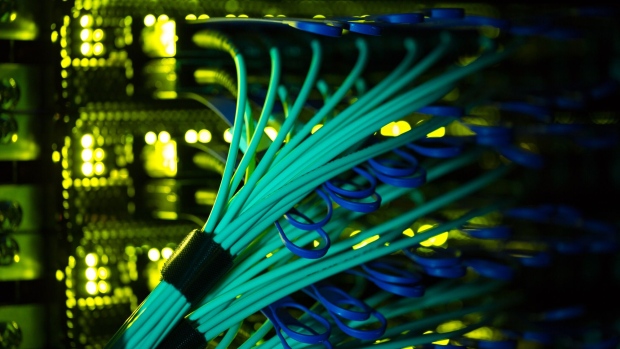 Cables run into terminal ports on the Sberbank and SberCloud Christofari supercomputer during an event to mark its launch into commercial operation inside the Sberbank PJSC data processing center (DPC) at the Skolkovo Innovation Center in Moscow, Russia, on Monday, Dec. 16, 2019. As Sberbank expands its technology offerings, the Kremlin is backing legislation aimed at keeping the country's largest internet companies under local control by limiting foreign ownership. Photographer: Andrey Rudakov/Bloomberg , Bloomberg

Barely a day goes by without a company talking up their green credentials—how they’re aligning themselves with global climate goals, cutting waste and upping their recycling. With all this corporate happy-talk about saving the planet on the rise, so are concerns about greenwashing.

Investors and regulators are increasingly sounding the alarm about companies that exaggerate or misrepresent their environmental bona fides. That’s what prompted academics at University College Dublin to develop algorithms to help the financial services sector detect and quantify greenwashing.Greenwashing encompasses everything from slightly disingenuous claims of being environmentally friendly to outright falsehoods. It can provide investors, consumers and policymakers with a false sense of security that a business is actually making strides in the fight against global warming. “Companies are spinning one story after another,’’ said Andreas Hoepner, a professor in banking and finance at University College Dublin who is overseeing the analysis. “If no one checks them, they can say what they want. And since sustainability is such a broad term, it’s easy for companies to create a story that detracts from the real issues.”That’s all the more pertinent after a landmark United Nations report published Aug. 9 in which climate scientists state unequivocally that humans are responsible for global warming. They warn that the planet’s average temperature will surpass 1.5° Celsius over pre-industrial levels in the next two decades unless drastic moves to cut greenhouse gas emissions are made.Hoepner and his team—called GreenWatch—are using artificial intelligence to parse media statements, websites and other corporate communications for sustainability claims by 700 global companies. They then compare those pro-environmental statements with a company’s carbon footprint to see whether it is cutting carbon emissions by 7% year-on-year in order to meet 2050 net-zero targets.In their analysis, GreenWatch ranks companies based on whether their sustainability claims hold up. The group also focuses on what companies say about climate change: from whether they merely agree that global warming is something that needs addressing to stating outright they are climate leaders. The latter, GreenWatch said, can boost the likelihood of corporate greenwashing

GreenWatch isn’t the only group using AI to sniff out potential greenwashing. Researchers at the University of Zurich and Germany’s University of Erlangen have analyzed corporate disclosures of climate risk—such as those recommended by the Task Force on Climate-related Financial Disclosures (TCFD)—to see if companies are cherry-picking information they report.

Their model, dubbed ClimateBert, “comes to the sobering conclusion that the firms’ TCFD support is mostly cheap talk,” the researchers said. “From our analysis, we conclude that the only way out of this dilemma is to turn voluntary reporting into regulatory disclosures.”

Michael Bloomberg, founder and majority owner of Bloomberg LP, is chairman of TCFD.