Bonds are very attractive in non-taxable accounts for the first time in years: Barry Schwartz

Arvind Narayanan, a senior portfolio manager and co-head of investment-grade credit at Vanguard, said the finances of corporations are “weakening incrementally” from very strong levels, which he anticipates will continue through the rest of 2022.

“The critical issue is the degree to which third-quarter earnings results and forward-looking guidance from companies surprises to the downside relative to expectations,” Narayanan said in an email interview.

The money manager, who helps oversee Vanguard’s US$7.3 trillion in assets, is among a growing number of analysts raising concern about how rising interest rates, market volatility and slowing economic growth will hit the corporate bond market. A Bank of America Corp. survey found that a record share of investors expect credit spreads to widen over the next three months, while analysts have marked up default forecasts as financial conditions tighten.

Narayanan said he expects the next round of corporate earnings to disappoint investors given the weakening macroeconomic backdrop. He expects the Federal Reserve’s aggressive monetary policy tightening to put pressure on credit spreads until the pace of inflation slows to near the central bank’s two per cent target.

“Volatility will remain a theme in fourth-quarter with the downside risk -- not the base case -- being a full-blown recession, prompting spreads to move much wider,” said Narayanan, who manages active investment-grade corporate credit portfolios at Vanguard. 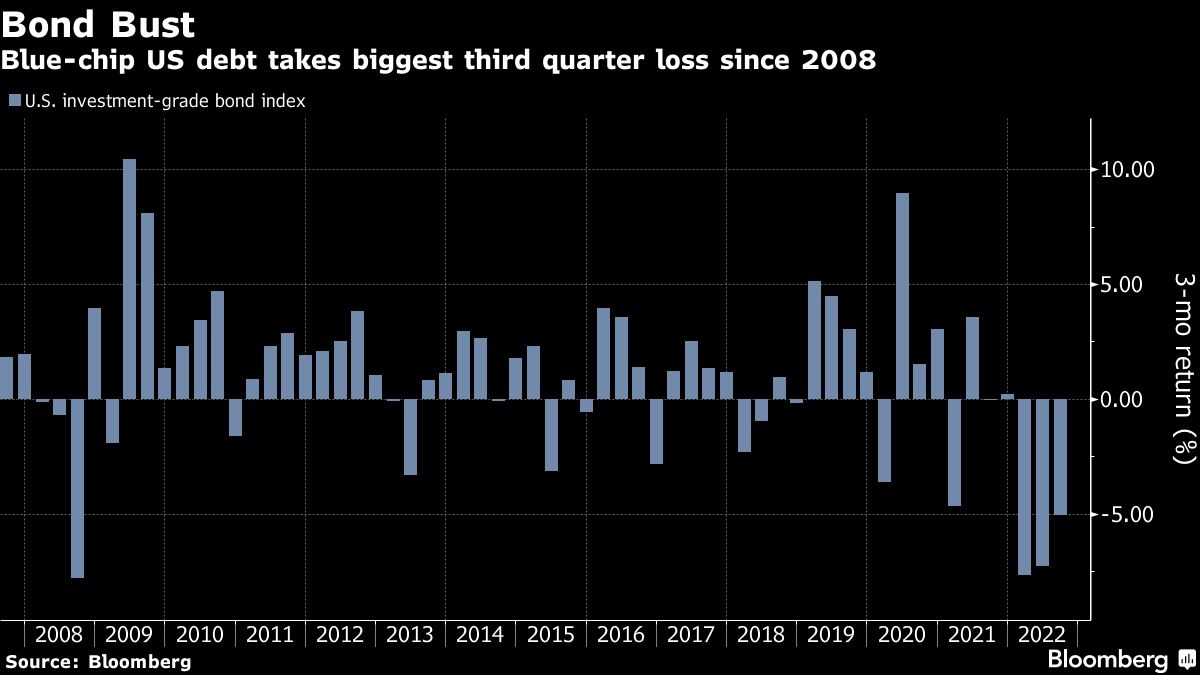 Corporate bonds of all kinds have been battered by the broader fixed-income rout. An Bloomberg index of investment-grade debt is down about 18 per cent this year, more than triple the loss during the 2008 credit crisis and by far the most since records begin in the early 1970s.

The “silver lining” is that high-grade credit spreads have jumped to their highest since 2016, with the exception of the movements seen during the early days of the pandemic, said Narayanan. That is providing a “substantial return cushion,” he said.

Narayanan said he will be following upcoming earnings reports for signs of how much profit margins are shrinking and how sustainable corporate debt loads will be. He will also be watching for revisions to profit forecasts and signals on the strength of consumer spending.

For now, Narayanan said he is finding the best investment opportunities in intermediate-maturity high-grade debt, thanks to the dramatic movements in the Treasury curve that have created “near unprecedented cheapness” in those securities.

“The devil is in the details,” he said. “Growth is slowing and it is critical to be selective with respect to issuers and sectors.”