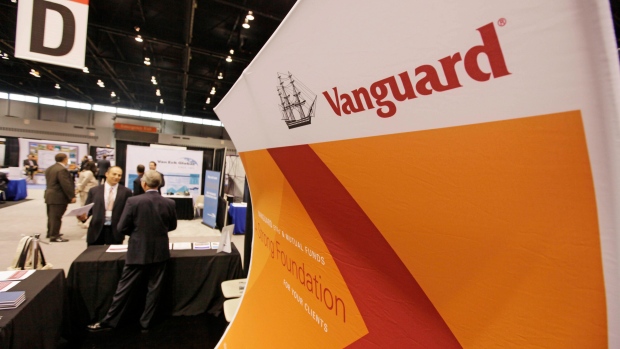 Vanguard Group’s U.S. exchange-traded funds attracted inflows of about US$89 billion in the first half, surging ahead of industry leader BlackRock Inc. in a volatile period.

BlackRock took in an estimated US$38 billion, according to Bloomberg Intelligence data, as market swings fuelled by the coronavirus crisis spurred selling from the types of active traders who favor the iShares lineup. Vanguard’s dominance contrasts with the first half of 2019, when BlackRock led its main rival by about US$1.9 billion.

“Vanguard is more focused on these types of products which are designed to cater to long-term, buy-and-hold investors,” said Alex Bryan, director of passive strategies and research for North America at Morningstar Inc. Such customers “likely aren’t looking to make tactical adjustments based on what’s going on in the market,” he said.

The flows strike a blow for Vanguard in the increasingly fierce battle to dominate a more than US$4-trillion market. BlackRock became the fund industry leader with its acquisition of the iShares lineup more than a decade ago, but Bloomberg Intelligence analysts estimate it could be overtaken in size by its chief competitor within 10 years — or faster in an extended downturn. 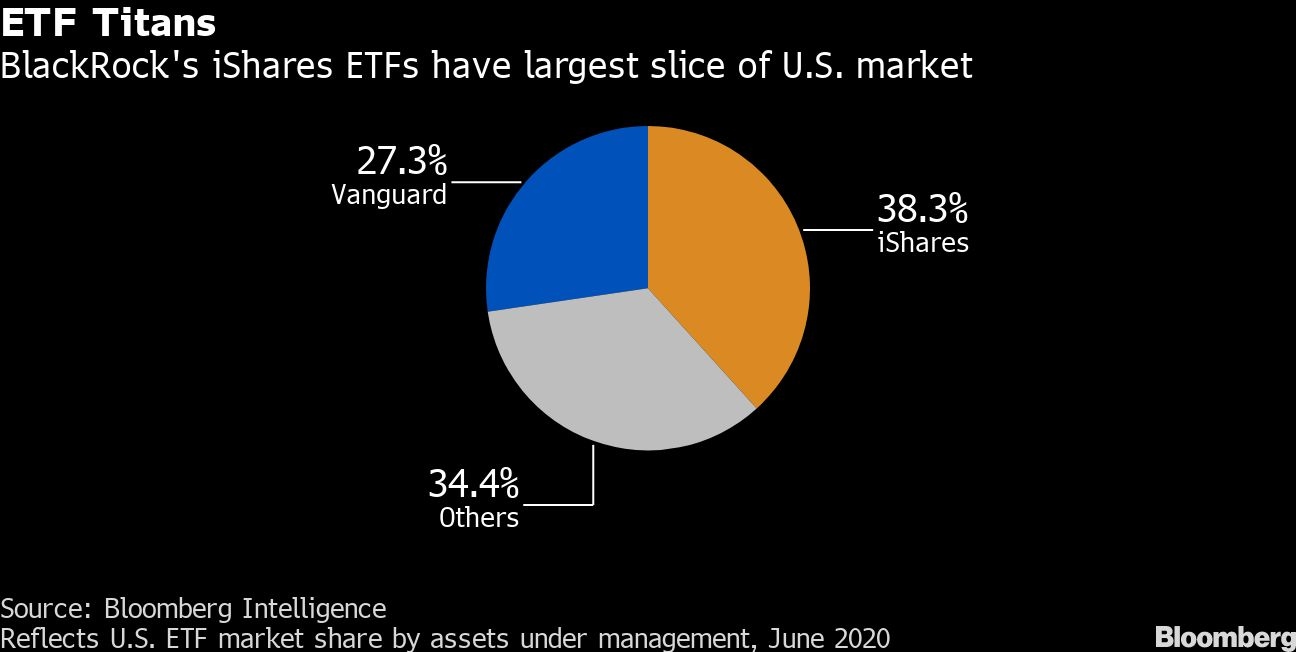 BlackRock said market upheaval underscores the value of its lineup.

“When investors needed to rapidly reposition their equity portfolios in light of economic uncertainty and record volatility, they turned to iShares,” said Ed Sweeney, a spokesman for the New York-based firm. “The same is true when they needed liquidity and transparency in fixed-income markets. IShares’ ETFs repeatedly demonstrated their versatility and resilience this year.”

A “distribution bump” from the commission-free trading trend that took hold late last year also may be benefiting Vanguard, Bloomberg Intelligence analysts wrote last month. The index-investing pioneer, known for its low costs, tends to win whenever it gets on an even playing field, according to the report.

BlackRock’s annual U.S. ETF flows were greater than Vanguard’s from 2014 through 2019, according to Bloomberg data. It still reigns in assets, with iShares accounting for about 38 per cent of the U.S. ETF market, compared with 27 per cent for Vanguard’s offerings.

And it hasn’t taken the fight for customers sitting down. The firm lowered fees on three U.S. equity ETFs in June. That included reducing what it charges for its largest such product, the iShares Core S&P 500 ETF, to three cents US per US$100 invested from four cents. The key differentiator for broad market-tracking products such as the Core S&P 500 ETF can often be fees, Bryan said.

Vanguard’s ETF cash flow this year is “a testament to our investors’ resolve,” said Rich Powers, head of ETF product management at the Malvern, Pennsylvania-based firm.

“They’ve maintained discipline, continuing to work towards savings goals in the face of extreme market volatility,” Powers said. Demand has increased from “all types of investors, but particularly by financial advisers that prefer a low-cost, broadly diversified portfolio with intraday liquidity and tight spreads.”

But Vanguard’s ETF inflows were coupled with outflows from its long-term mutual funds. Driven by withdrawals during the market swoon in March, the funds had more than $20 billion in net redemptions this year through May.

Vanguard structures its ETFs as an arm of its mutual funds, a format it patented. The firm’s ETF lineup may be poised to see another bump in the near future. Vanguard plans to convert some mutual fund holdings to lower-cost ETF shares for clients of its advisory business, spokesman Freddy Martino confirmed.