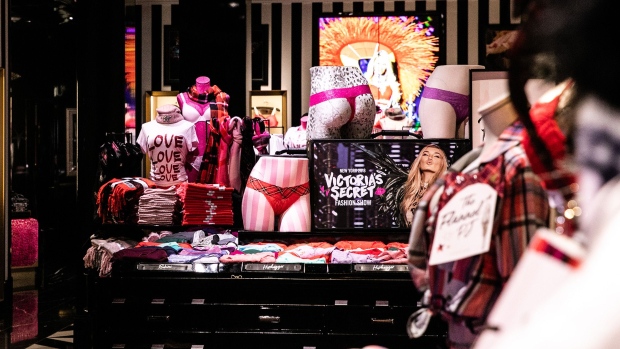 Victoria’s Secret announced a new head of its lingerie business as the company prepares to separate from sister brand Bath & Body Works, replacing John Mehas less than two years after he took the role.

Martin Waters, who joined parent L Brands Inc. in 2008, will become chief executive officer of the lingerie operations “effective immediately,” according to a statement Wednesday. The company didn’t give a reason for the change, and Victoria’s Secret declined to comment beyond the statement.

The abrupt change, one of several executive appointments announced Wednesday, comes as Victoria’s Secret tries to restore its image following allegations of sexual misconduct and associations with convicted sex offender Jeffrey Epstein. The company has initiated a second probe into Epstein’s involvement, according to the New York Times.

Mehas, the former president of handbag label Tory Burch, joined Victoria’s Secret in February 2019 to lead a turnaround at the lingerie division, which had become stagnant as its hyper-sexualized image lost luster. Longtime marketing chief Ed Razek left last year and the tone of Victoria’s Secret ads started to shift. But Mehas and Victoria’s Secret have also come under fire after a letter signed by more than 100 people, including models Christy Turlington Burns and Edie Campbell, said the retailer didn’t protect women from abuse.

Sales at Victoria’s Secret fell 14 per cent to US$1.35 billion last quarter but surpassed analysts’ estimates, propped up by an e-commerce business that now makes up 42 per cent of the total.

Parent L Brands, which also owns Bath & Body Works, is undergoing a cost-cutting push as it weathers economic fallout from the coronavirus pandemic. It eliminated about 15 per cent of its corporate staff, or about 850 office jobs, in an effort to save as much as US$400 million per year. L Brands CEO Andrew Meslow said he’s approaching the holidays with caution and expects constraints on store traffic and shipping capacity.