Canadian stocks have broken out of their summer stupor, handing investors September’s best first half in seven years as they finally reached a record high.

Now things are about to get interesting, according to strategists who predicted the rally.

The S&P/TSX Composite Index rose 0.2 per cent Friday, capping the week at a new peak of 16,682.42 as both the U.S. and China made moves to ease tensions ahead of talks expected in the coming weeks. After hitting a previous peak in April, stocks traded in a narrow range through summer even as volatility soared amid concerns surrounding global economic growth.

In August, Brian Belski, chief investment strategist at BMO Capital Markets, said he was staying “very bullish on Canada” with a 17,000 year-end target for the key equity gauge. He now expects more new highs for the benchmark but added that things could get choppy.

Candice Bangsund, portfolio manager at Fiera Capital, urged investors in mid-August to “resist the temptation to panic and recommend staying invested at this time.” She’s continuing that theme, though “periodic bouts of volatility are surely to prevail.” Longer term fundamentals for the global economy remain largely intact and Canadian stocks should outperform due to the bias toward larger value-oriented sectors of the market such as financials and banks and resources, which should catch up.

Eight Capital’s technical research analyst Tina Normann had said that a more attractive entry point would present itself for investors in mid-September.

“Investor sentiment had become overly negative even though growth numbers are still good,” said Hans Albrecht, fund manager at Toronto-based Horizons ETFs Management Canada Inc. “It could be a resumption of more of what we’ve seen earlier in the year.”

Like Belski, Horizons’ Albrecht doesn’t expect the stock rally to be smooth. “I wouldn’t discount a bit more volatility over the next month or so,” he said.

October has been somewhat of a volatile month and that could play out this year with trade talks expected, the Bank of Canada’s set to make a decision on interest rates (will they or won’t they cut?) and elections. Polls showing that Prime Minister Justin Trudeau’s Liberals are locked in a tight race with the opposition ahead of the vote next month may have investors on edge. 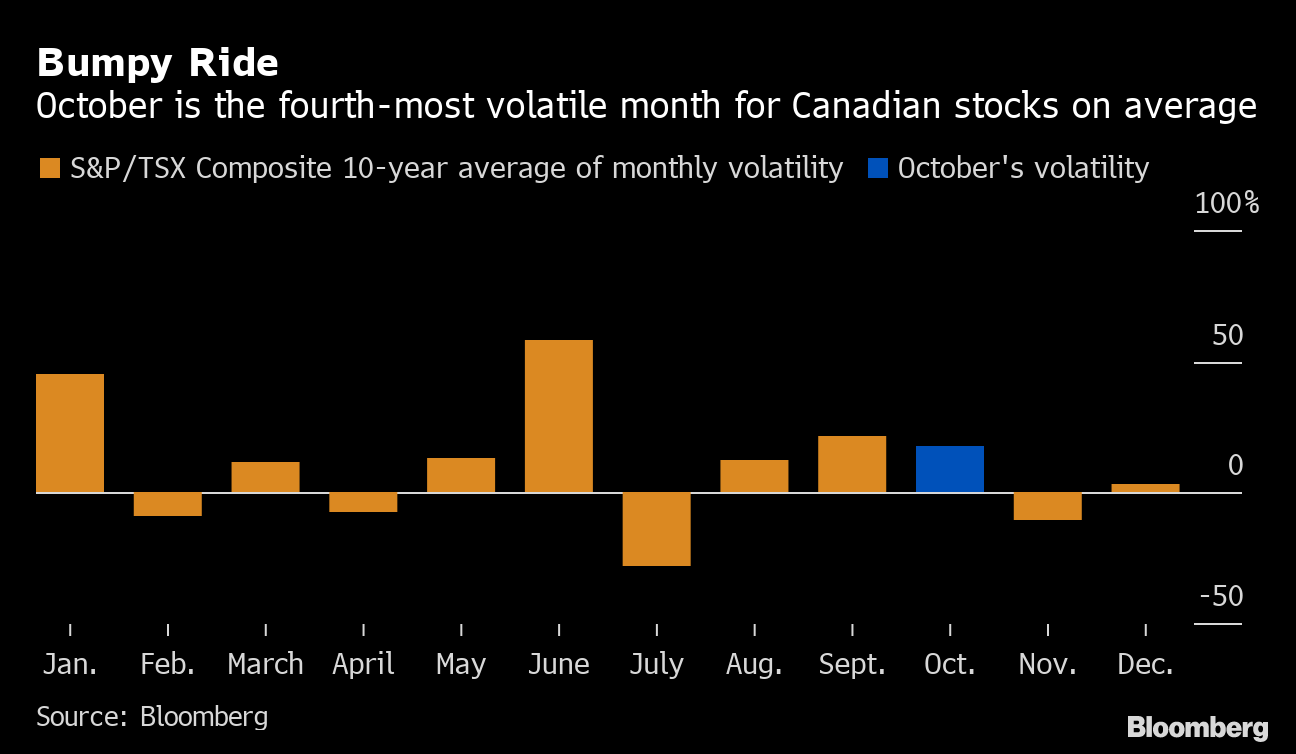 “Although politics rarely plays a meaningful role in equity performance, we found there is some evidence to suggest minority governments can be positive for markets, particularly when the valuation starting point is low, as it is currently,” said BMO’s Belski in an a Sept. 12 report.

“At the same time, it’s a low yield world again and equities is one of the places we can be,” Albrecht said.

The benchmark index climbed for a third straight week, its longest winning streak since June. Canadian stocks have gained about US$400 billion in value this year.

A rebound in U.S. two-year yields widened the gap with Canada’s equivalent, pushing the spread between the two to 16 basis points, the most since Aug. 29

The widening gap of U.S.-Canada yield is blunting the allure of the loonie as it heads for its third straight daily loss. 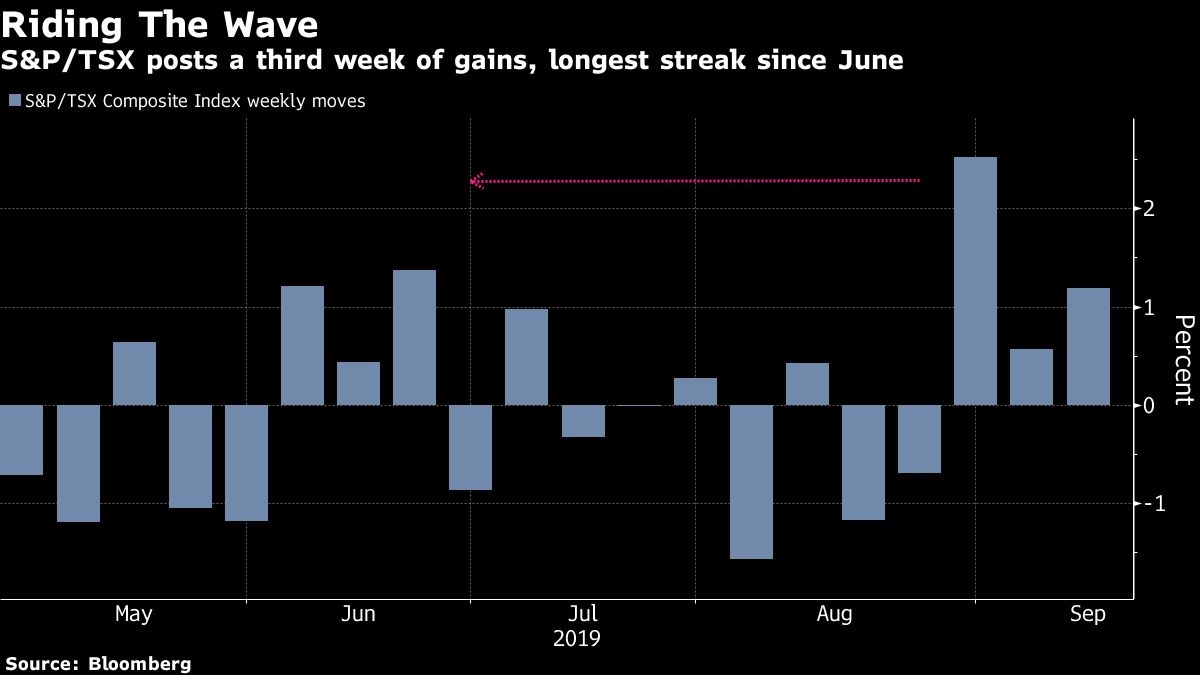 Canada’s election campaign enters its second week after Trudeau kicked it off on Wednesday in Ottawa. He then traveled to British Columbia where he pledged to impose a federal speculation housing tax for non-residents.

August inflation figures are expected on Sept. 18 and August existing homes sales, July manufacturing and retail sales are also due next week.

2. Themes of financial malfeasance and class struggle were more prominent in movies at the Toronto International Film Festival this year.

Read more: Class Warfare Is the Running Theme of This Fall’s Best Movies