The scramble to jump on one of the hottest gold trades in years — by shipping bullion to New York — has sparked what may be one of the largest ever physical transfers of the metal.

“The flows into New York are unprecedented,” said Allan Finn, global commodities director at logistics and security provider Malca-Amit. His company’s teams in New York have been working 24 hours a day to cope with demand while navigating lockdowns, flight disruptions and social distancing.

Gold flooded into the U.S. in recent months as traders rushed to profit from an arbitrage caused by dislocations in the market triggered by the pandemic. Since late March, some 550 tons of gold — worth US$30 billion at today’s price and roughly equal to global mine output in the period — have been added to Comex warehouse stockpiles. Hundreds of tons of that was imported. 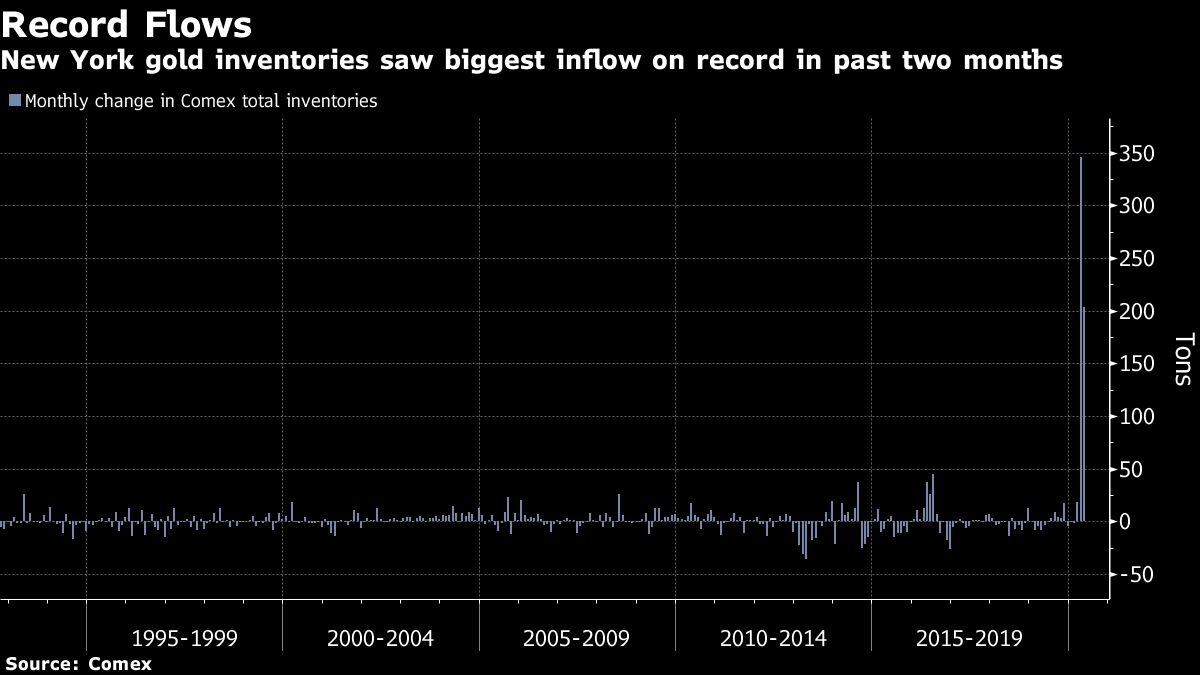 While tens of billions of dollars of gold change hands every day in financial markets, a much smaller amount tends to physically move between vaults in trading hubs like London, Zurich and New York.

But that started to change as the COVID-19 crisis affected the supply chain. When planes were grounded and Swiss refineries closed in late March, traders were worried they wouldn’t be able to get gold to New York in time to deliver against futures contracts. That caused futures, which typically trade in lockstep with the London spot price, to soar to a premium of as much as US$70 an ounce.

That created an opportunity for enterprising traders: buy gold somewhere in the world at the spot price, sell futures, and benefit from the difference by shipping the metal to New York.

The scale of the trade has been revealed in exchange reports, import and export data and comments from some of the leading precious metals shipping and vaulting companies. On Thursday, traders declared their intent to deliver 2.8 million ounces of gold against the June Comex contract, the largest daily delivery notice in bourse data going back to 1994.

Swiss gold exports to the U.S. have surged, reaching 111.7 tons in April, the highest on record. American import data for April isn’t yet available, but already in March gold imports topped US$3 billion, according to the Census Bureau, the highest in at least a decade. Refineries as far away as Australia have ramped up output of kilobars — the form typically delivered on the Comex — to ship to New York. 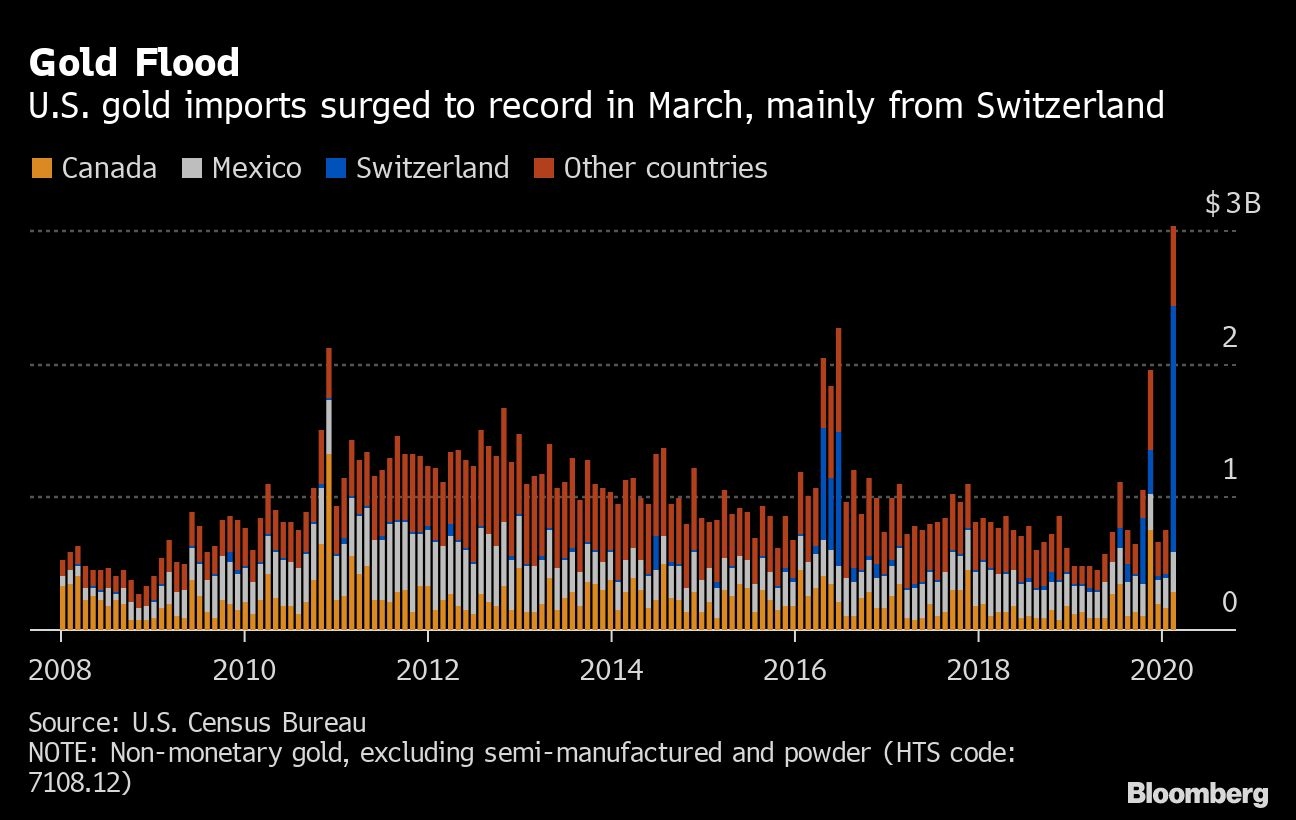 For Brink’s Ltd. Managing Director Mark Woolley, the spike in demand to ship gold to New York has been unlike anything he’s seen in 20 years in the market.

“The amount of metal that we’ve successfully moved into New York is pretty significant,” he said Thursday on a webinar hosted by the London Bullion Market Association. “It’s probably not far off the total amount of metal that’s been mined in this period.”

The enormous movement of gold has been a boon for logistics companies, but also a challenge. Not only have passenger flights — on which shipments are typically transported — been grounded, but New York City, where many Comex warehouses are located, has also been a hotspot for the virus.

While large volumes and virus-related restrictions at vaults and airports caused some delivery delays, much of the spike in the premium for futures contracts in March — which left some banks nursing sizable losses — was driven by perception rather than reality, Finn said.

“My own personal opinion is that any assessment on the inability to get gold in was ill-informed at the time and was made on assumptions rather than fact,” he said.

Still, the bonanza for precious metals shippers may last a while. Large deliveries have seen June Comex futures drop to a discount to spot prices this week, but later dated futures are still at a premium. And as investor interest in other precious metals picked up, futures for silver and platinum have also traded at premiums to spot.