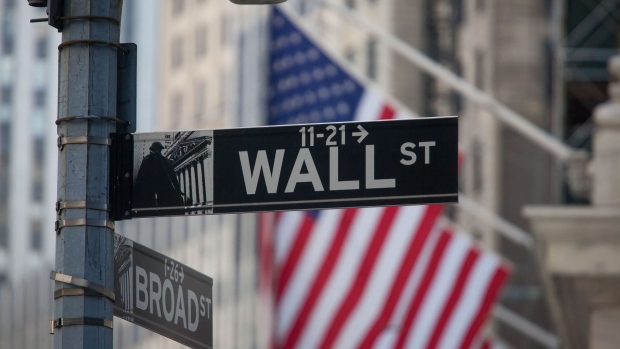 The biggest U.S. banks have been quietly discouraging some of America’s safest borrowers from tapping existing credit lines amid record corporate drawdowns on lending facilities, according to people familiar with the behind-the-scenes conversations.

For Wall Street, it’s not an issue of liquidity so much as profitability. Investment-grade revolvers -- especially those financed in the heyday of the bull market -- are a low margin business, and some even lose money. The justification is that they help cement relationships with clients who will in turn stick with the lenders for more expensive capital-markets or advisory needs.

That’s fine under normal circumstances when the facilities are sporadically used. But with so many companies suddenly seeking cash anywhere they can get it, they’re now threatening to make a dent in banks’ bottom lines.

So far, it seems some corporations are willing to oblige, turning instead to new, pricier term loans or revolving credit lines rather than tapping existing ones. McDonald’s Corp. last week raised and drew a US$1 billion short-term facility at a higher cost than an existing untapped revolver. The rationales will vary from borrower to borrower, but market watchers agree that for most, staying in the good graces of lenders amid a looming recession is important.

“The banker is coming at it trying to manage two things -- the relationship profitability and their portfolio of risks and assets,” said Howard Mason, head of financials research at Renaissance Macro Research. “Bankers have some cards to play because they can talk to their clients that have undrawn credit lines. The sense is that there’s a relationship involved so relationship pricing and good will applies.”

That’s not to say that liquidity doesn’t factor into the equation for banks at all. While there’s little concern that they won’t be able to meet all the funding needs of their corporate clients, there’s also little appetite to push the envelope.

To that end, U.S. financial institutions have sold almost US$50 billion of bonds over the past two weeks to bolster their coffers, and corporate bankers are advising companies not to hoard cash unless they urgently need it. Some are even telling certain clients to hold off on seeking new financing to avoid over-stressing a system already stretched to its limits operationally as bankers are inundated with requests while stuck at home due to the coronavirus pandemic. 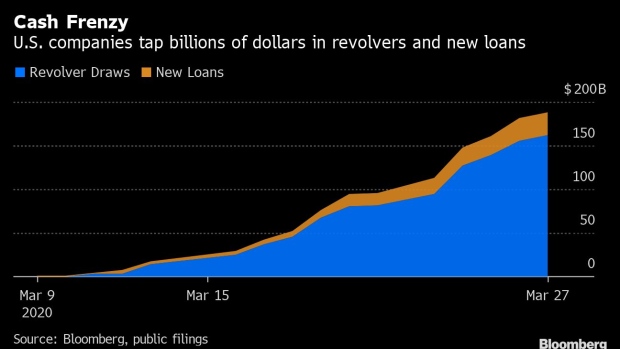 “The banks are open but if everybody asks at the same time then it’s going to be difficult from a balance sheet perspective,” Bloomberg Intelligence analyst Arnold Kakuda said in an interview.

Still, the significant capital requirements needed to fund tapped facilities and the strain mass drawdowns put on profitability as bank funding costs rise and the macro backdrop worsens remain the main driver, said the people familiar with the matter.

“The corporate banker doesn’t want everybody to take a hot shower at the same time in the house,” said Marc Zenner, a former co-head of corporate finance advisory at JPMorgan Chase & Co. “They want to use their capital where it’s most beneficial.”

Wall Street mainstays including JPMorgan, Bank of America Corp., Citigroup Inc. and Wells Fargo & Co. are among the biggest players in the market for investment-grade company loans.

McDonald’s signed a new revolver and immediately tapped the full US$1 billion as a “precautionary measure” to reinforce its cash position, the company said in a regulatory disclosure Thursday. It also priced US$3.5 billion of bonds last week as part of its broader liquidity management strategy.

A representative for McDonald’s referred Bloomberg to the company’s recent filings while declining to comment further.

Corporations have other reasons for turning to new, more expensive facilities rather than tapping undrawn revolvers as well.

In addition to the benefit of maintaining extra liquidity via the unused credit lines, it also signals to suppliers and investors that they continue to have access to bank financing.

Of course, not every company sees it that way given the current global economic uncertainty.

Many investment-grade borrowers, even ones not directly affected by the Covid-19 outbreak, want as much cash on hand as possible in case credit conditions worsen.

Strains in the market for commercial paper, a type of short-term financing that companies use to make payroll or purchase inventory, are prompting corporations to tap both new and backup credit lines.

Companies in the U.S. have drawn US$162 billion from revolving facilities and received US$26.1 billion in new revolvers and term loans since March 9, according to data compiled by Bloomberg. General Motors Co. drew down a record US$16 billion from its revolvers.

For some, the thinking is “it’s ‘better safe than sorry,” said Jesse Rosenthal, an analyst at CreditSights Inc. “They might believe with all their hearts that the bank has all the liquidity they need, but it’s just fiduciary duty, due diligence, and prudence in a totally unprecedented situation.”

Bankers are including provisions in new deals that ensure they’ll be among the first to be paid back when companies regain access to more conventional sources of financing, said the people familiar with the deals, who asked not to be identified because they’re not authorized to speak publicly.

And for those insisting on drawing down revolvers now, Renaissance Macro’s Mason says banks will ultimately seek to recoup the costs down the line.

“The message to corporate clients is, ‘you can continue to do this, but we are looking at profitability on a relationship business, so if we don’t make our hurdles here we need to make them somewhere else,’” Mason said.

--With assistance from Nabila Ahmed and Sridhar Natarajan.