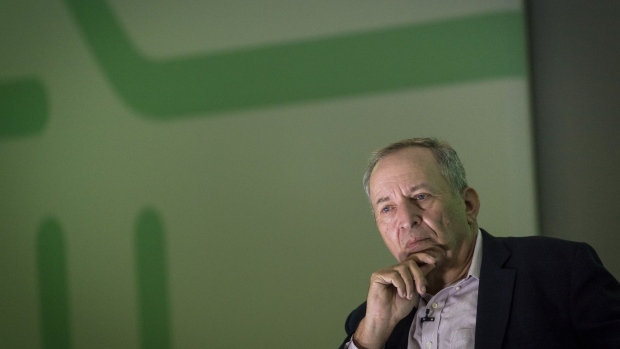 The statements “are just echoes of Summers’ longstanding affection for the giant companies that prey on the rest of America,” the Massachusetts Democrat said in an interview Tuesday. “Larry Summers lives in a soundproof bubble.”

Warren said market concentration has been one of the major reasons for spiking inflation, along with the war in Ukraine and ongoing supply chain issues related to the Covid-19 pandemic.

On Bloomberg Television’s “Wall Street Week” with David Westin, Summers said he was “worried” about the populist tilt of the Federal Trade Commission and the Antitrust Division of the Department of Justice.

Summers, a Harvard professor and paid contributor to Bloomberg Television, said there’s no question there needs to be stepped-up antitrust enforcement and there are areas with too much monopoly power that should be prosecuted.  But he called out regulators for their rhetoric.

“What I think is badly misguided and potentially dangerous to our economic future is the set of doctrines that people jokingly referred to as ‘hipster antitrust,’” he said. “That is a theory that says antitrust shouldn’t be about maximizing benefits to consumers but should be about some other different set of abstract objectives. And I think that tilts very easily into a kind of dangerous populism.”

Summers didn’t immediately respond Tuesday to a request for a comment.

Warren said regulators installed by Biden are simply looking to enforce the law in contrast with their predecessors. Monopolists, she said, “create kill zones around themselves to obliterate new entrants, and that damages the economy overall.”

She pointed to the baby formula crisis as an example of market concentration run amuck, with just a few companies dominating the market who “didn’t compete on price and didn’t compete on safety, because there were huge barriers to entry.”

“The result has been hungry babies across this country,” she said.

“Summers may think that is very efficient for shareholders. But people who are doing the actual work on the ground might say that that efficiency has been purchased at the price of their economic security, and economists might reasonably conclude that having more workers who can actually provide for themselves and earn a living is good for our economy overall,” she said.