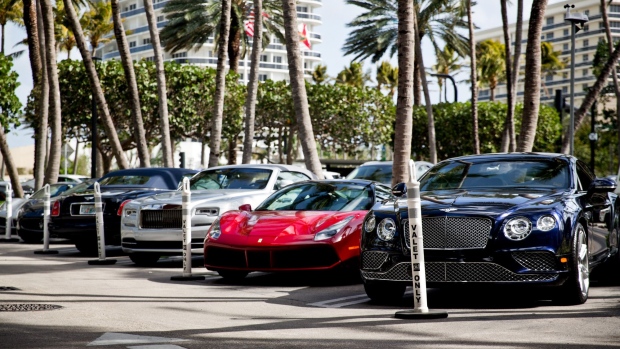 (Bloomberg) -- The controversy keeps mounting over a new tax break for investing in poor U.S. communities. But investors keep piling in.

They just pumped $2.26 billion into funds that are planning to take advantage of “opportunity zone” tax incentives, a 51% jump from early December, according to a survey released Thursday from tax adviser Novogradac. To line up the full benefit, investors had to commit their capital by the end of last year. But the figure also rose because the survey’s sample included more funds and because respondents updated how much they raised.

Once heralded as a novel way to help distressed parts of the U.S., opportunity zones are now being slammed as a government boondoggle. The perks -- included in the federal tax overhaul that President Donald Trump signed in late 2017 -- are being used to juice potential investment returns in luxury developments from Florida to Oregon. Several reports have shown that politically connected investors influenced the selection of zones to benefit themselves.

While Congress weighs changes to the law to boost transparency and ensure the poor benefit, the Trump administration has been working to get more money flowing. Last month, the Treasury Department issued a final set of rules about what will qualify. Some investors had held off on committing to funds until the government provided more guidance.

“We expect even greater levels of investment in the coming weeks and months thanks to the additional clarity provided by the final regulations,” Michael Novogradac, the tax adviser’s managing partner, said in a statement.

The group’s tally -- now at $6.72 billion -- is also probably an undercount. Funds aren’t required to say publicly that they’re claiming the tax breaks, let alone how much they’ve raised. Many wealthy individuals and corporations have formed opportunity funds that aren’t seeking outside capital and have remained under-the-radar.

“It’s easy to estimate that the actual dollars raised to date are double or triple $6.72 billion,” Novogradac wrote in a separate blog post.

To contact the reporter on this story: Noah Buhayar in Seattle at nbuhayar@bloomberg.net

To contact the editors responsible for this story: Craig Giammona at cgiammona@bloomberg.net, David Scheer