A majority women-owned hedge fund is pressing emerging-market companies for changes in the belief that more responsible management will generate better returns.

Washington D.C.-based Cartica Management LLC sees opportunities for environmental, social and governance investment in countries where such principles are less advanced, according to Emily Alejos, the firm’s chief investment officer. Cartica, which manages about US$1.2 billion in assets, focuses on small- and mid-cap stocks mainly in Brazil, China and South Korea.

ESG is gaining traction as an investment strategy, especially given its outperformance amid the recent coronavirus-led market turmoil. BlackRock Inc. noted that 88 per cent of sustainable indexes did better than their non-sustainable counterparts in the first four months of 2020. And demand is growing, with nearly 85 per cent of U.S. institutional investors surveyed by Morgan Stanley saying they are interested in sustainable strategies.

The need for ESG investing is even greater in emerging markets, Alejos said in a telephone interview, as “oftentimes they don’t have regulations in place to ensure enforcement of good policies and good practices.” The company declined to share information on its investment returns. 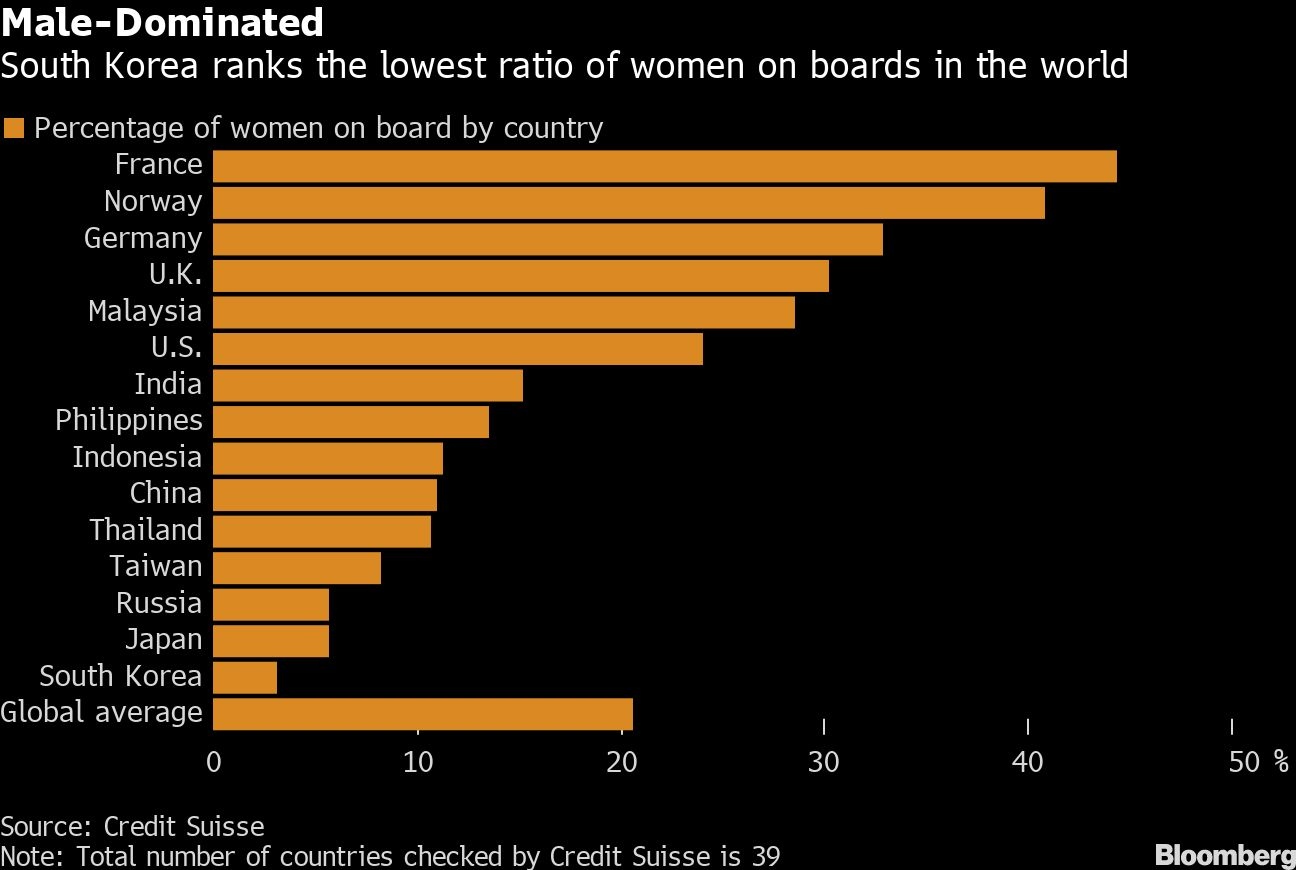 Founded 12 years ago by former emerging-markets and governance specialists at the International Finance Corp., Cartica has tried a “friendly approach” toward activism, Alejos said. With women making up more than half of its investments team, the firm has encouraged companies to elect female board members.

“We have had success where a company has an all-male board and we had recommended to have at least two women,” Alejos said, without specifying the company or country. The firm has so far been unsuccessful on this issue in South Korea, where women comprised just 3.1 per cent of board membership in 2019, the lowest among 39 countries around the world, according to research by Credit Suisse Group AG.

The opportunity for growth in socially responsible investment is high. ESG investing accounts for just 0.2 per cent of total assets under management in South Korea, 1.4 per cent in China and 0.6 per cent in Brazil, according to data compiled by Bloomberg. Those are all far below levels of in Europe, the U.S. and Japan.

There is no conclusive evidence that sustainable funds consistently perform better or worse than other funds, and a lack of consistent methodologies and reporting standards makea it challenging for investors to incorporate ESG principles, according to an October report from the International Monetary Fund. But fund managers like Cartica expect investors to increasingly press companies for changes.

“The trend of acceptance of ESG globally is improving significantly and dramatically,” and not just for investors, Alejos said,. “It is critical to every company in how they can be successful and create a sustainable business model.”