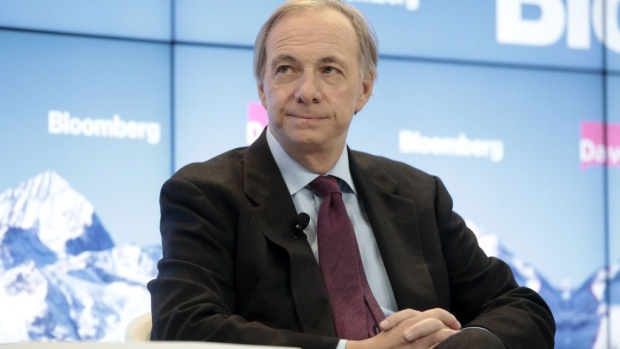 Ray Dalio is onto something — but his overall concerns are largely misplaced. Yes, the huge expansion of central banks’ balance sheets in response to the COVID-19 crisis means that central planning, rather than market forces, is largely driving financial markets. This doesn’t necessarily mean, as the founder of the world’s largest hedge fund worried aloud last week, that capital markets “are not free.”

It’s beyond dispute that the government-coordinated shutdowns have (in most cases appropriately) put public-health concerns ahead of free enterprise. It’s also true that these shutdowns have caused huge strains in liquidity across the world economy.

The central banks’ response, however, is better understood as an attempt to support the free market rather than undermine it. Their primary task has been to offset the liquidity shock. That’s their core responsibility. The differences are the scale of the shock and the tools required.

The scale is immense. As of June 30, the collective balance sheet assets of the U.S. Federal Reserve, the European Central Bank, the Bank of Japan and the Bank of England stood at 49.2 per cent of their countries’ total GDP, up from about 36 per cent at the end of 2019 and about 10 per cent in 2008, according to data compiled by Bloomberg.

At the same time, a Bloomberg index measuring M2 figures for 12 major economies shows their aggregate money supply surged by US$6.1 trillion this year to a record $86.8 trillion. The increase is bigger than the previous two years combined, and is within reach of the annual record of US$8.38 trillion in 2017.

These huge increases, however, were in response to the most intense tightening of financial conditions the global economy has seen since 2008. From the end of February to mid-March, the Libor-OIS swap (spread) shot up 67 basis points to 79 basis points, the highest since the financial crisis.

The Libor-OIS spread, one of the most watched indicators during the Great Recession, is a measure of the risk that banks perceive in short-term loans to one another. Spikes are a sign that banks are unsure that other banks will be around three months from now.

Could that simply have been a measure of the credit risk from COVID-19? Unlikely. Over that same period, the bid-ask spread for Treasury bonds, a measure of the ease at which buyers can find sellers, exploded by up to 500 per cent. This was also a move unprecedented since the Great Recession.

It’s not as if the federal government was about to run out of money. Indeed, the yield on Treasuries and other sovereign bonds had just collapsed to record-low levels. Instead, banks were reluctant to buy and sell the required quantities of Treasuries because they were unsure of their own daily liquidity needs.

The same effect was present throughout credit markets, from municipal bonds to riskier corporate debt. Markets were shutting down not out of concern for the fundamental creditworthiness of the borrowers, but because the demand for cash was so high.

Before 2007, the Fed would have handled this simply by sharply lowering interest rates. Now the fed funds rate is at zero, while the Fed has moved to paying interest on excess reserves. So to get the same effect, the Fed has to buy a fixed quantity of bonds.

Yet it’s important to note that the Fed’s underlying motivation is the same: It and other central banks around the world are acting to ensure that shortages of cash do not lead to shutdowns of credit markets. Anyone worried about this unprecedented intervention should rest easy. Sometimes a little monetary coordination is necessary to maintain a functioning free market.