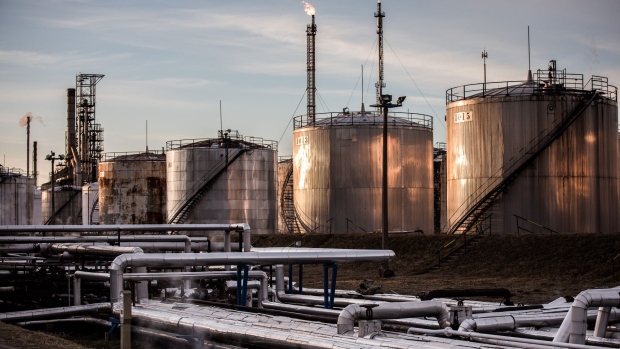 After a dizzying drop in demand and an about-face in Saudi Arabian production policy, global oil markets face the possibility of the biggest crude surplus ever recorded, according to IHS Markit.Should the price war between the kingdom and Russia persist and the world tip into recession due to the coronavirus, the oil excess could swell to between 800 million and 1.3 billion barrels in the first six months of this year, the industry consultant said in a note.

“The last time that there was a global surplus of this magnitude was never,” said Jim Burkhard, vice president and head of oil markets at IHS Markit. “Prior to this the largest six-month global surplus this century was 360 million barrels. What is coming will be twice that or more.”

The sharp and sudden drop in world oil demand is the main reason for the surplus, while the weakness in price was exacerbated by the Saudi decision to increase its crude supply by 2.6 million barrels a day, according to IHS Markit. Russia has said that it can increase daily output by between 300,000 to 500,000 barrels a day.

The largest previous six-month surplus -- the amount of global production that exceeds demand -- in data going back to 2000 was from late 2015 to early 2016, IHS said. On a monthly basis, the excess could range from 4 million to 10 million barrels a day from February to May, with demand in March and April down as much as 10 million barrels a day.

The U.S. oil industry will likely bear the brunt of the record surplus over this year and next, the consultant said. American output could drop by 2 to 4 million barrels a day over the next 18 months.

To contact the reporters on this story: Javier Blas in London at jblas3@bloomberg.net;Serene Cheong in Singapore at scheong20@bloomberg.net